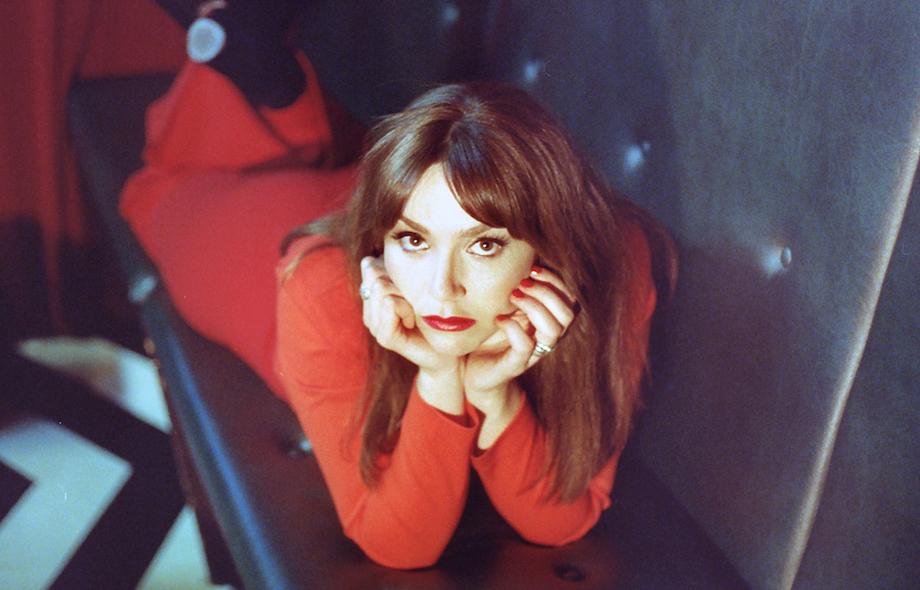 Berlin-based singer Sofia Portanet makes music that is both operatic and poppy, in a style that is heavily influenced by the Neue Deutsche Welle scene. A talented by-product of our European absoluteness, Portanet sings in English, French and German, with a bravado, lustful tone that is either denouncing past affairs with scorn (‘Wandering Rat’), decrying lost loves (‘Planet Mars’), or self-glamourises the self-sense (’Art Deco’.)

In German, her r’s are rolled with such powerful definition, while her French, gentile inflections are done in equal perfect exposition. Her songs are drenched in sultry synth, rockabilly and new wave pallets with which the singer shows a respect for the classics that are beyond her age, yet delivered with an informed and authentic feel. It’s as though Portanet has been with us always, yet is only now getting her chance to shine.

With her new LP ‘Freier Geist’ released on Duchess Box Records (home to the likes of German rockers Gurr and Laura Carbone), the half-Spanish, half-German singer really steps into the glowing, shiny limelight.

In Germany she’s become the darling of the press, with features in Rolling Stone and several leading broadsheets, having even been christened ‘Germany’s next popstar’ by Berlin’s B.Z. paper. On stage she’s performed at SXSW, and Reeperbahn Festival, in addition to Berlin’s very own psych-rock, glam fest Synästhesie. Portanet represents the new wave of talent that Germany has to offer, all the while taking satisfaction in bringing the charm of the country’s very own neue welle scene to the forefront.

Brash, self-assured, with a gusto and strong delivery, Portanet brings a new flair to the psych, electro, soulful pop world, where she will no doubt be using her free spirit to start tearing down walls with her new waves of musical menace.