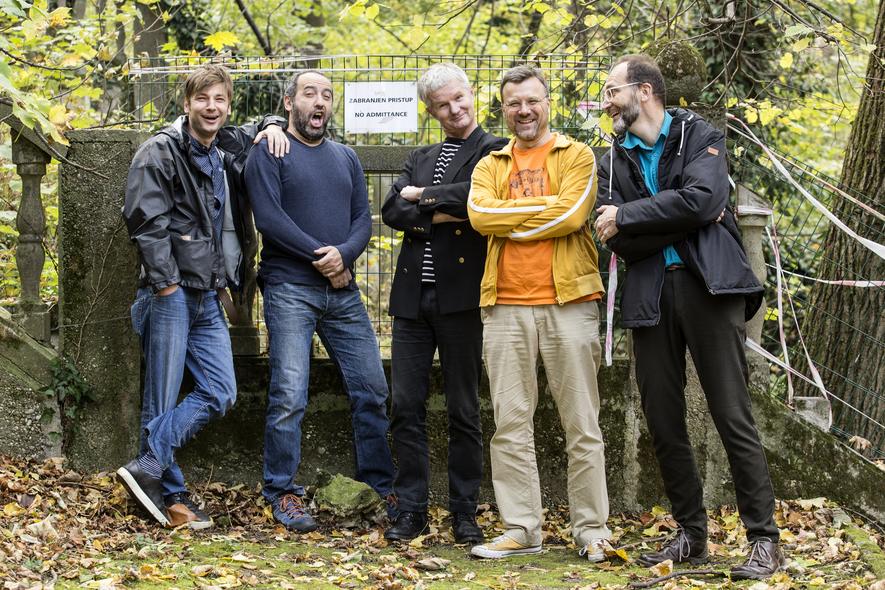 Return to the strange and wondrous forest

What a long strange trip it’s been. In the early 90s, some teenage psychedelic rock freaks from the city of Zagreb started the band Šumski (Forest Man) with a weird idea to play the music of Amon Duul, a long-forgotten late 60s Bavarian underground and krautrock collective.

It never came to be because in 1991 Šumski made their own post-kraut experiment for the closing edition of Yugoslav alter indie rock festival YURM. The band built a small but loyal cult following based on two DIY cassette albums and first CD release Baba spava. For their 2003 album Ronioci, they did an international tour that culminated with them opening for Interpol in Copenhagen.

After that, things slowed down for the next 15 years and Šumski almost disappeared. Now, they’re back in game with their best album Ostrvo ledenog kita for the Croatian indie label Geenger Records. It’s an impressive collection of brand new and radically reworked old tunes filled with the hypnotic kraut rhythms, psychedelic guitars, afro jazz brass and various ethnic music elements, with a minimalist approach to post-punk lyrics. The album title means “the island of the frozen whale” which suggests the strong literal influence by a great Swiss-French modernist poet Blaise Cendrars. The new Šumski line-up includes its co-founders Marin Juraga (guitar, vox) and Kornel Seper (bass), a drummer Viktor Krasnic, a new guitarist Franjo Glusac and a veteran trumpeter Igor Pavlica who has played with every important Zagreb band since the mid 80s.

Return to the strange and wondrous forest