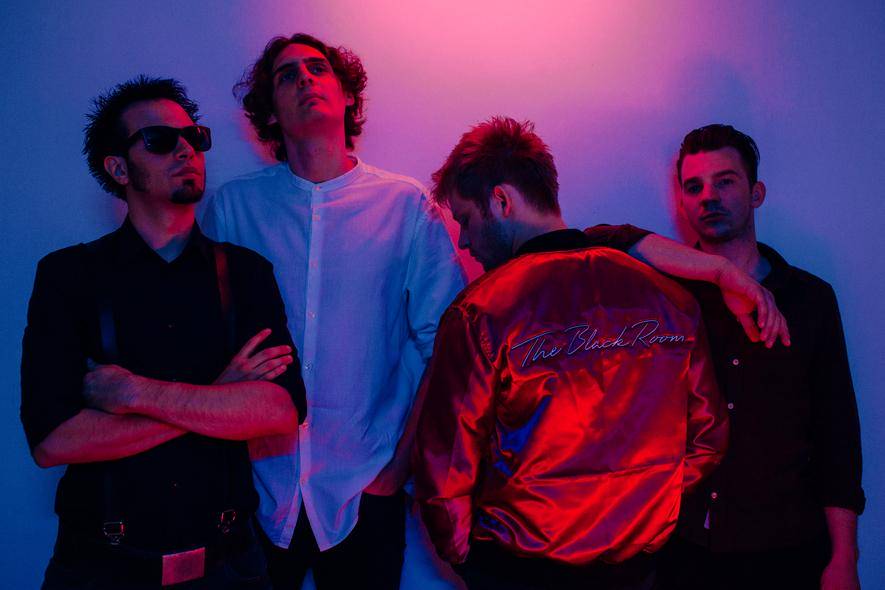 North Adriatic port city of Rijeka has a long tradition of post punk music with a darkwave, noise rock or neo-psychedelic flavour. Punk was the sound of the city in the late 1970’s and the first wave of post punk bands came on the local stages just a few years later. From then on, they have been the main artery of Rijeka’s indie music scene with a constant need for new blood. Post punk sound for the year of 2020, when Rijeka will be European Capital of Culture, may very well be provided by four-piece band The Black Room.

Jakov Katalinic (vocal, guitar), Leo Ventin (vocal, guitar), Miljen Sirotic (bass) and Ivan Ritosa (drums) started the band in the summer of 2014 and played frequently through Croatia and Slovenia — from the small venues to the big festivals and some remarkable support roles like the gig in Rijeka with Denver’s Wowehand. In the early spring of 2016, The Black Room released the debut album, In This Town Lies a City. It’s a collection of 12 songs with English lyrics and strong 80’s & 90’s influences incorporated in a new psychedelic garage sound recorded and mixed by Matej Zec from Rijeka’s number one band, Let 3. With Matej on the mix, the old post punk tradition was delivered once again to the new generation of city boys with The Black Room ready to lead the way. Their latest single, “Ready to Go”, is an early introduction to the next EP, After Dark, to be released in early 2108.

Pop / Austria
My Ugly Clementine
When you browse on this site, cookies and other technologies collect data to enhance your experience and personalize the content and advertising you see. Visit our Privacy Policy (updated 5/25/18) and Consent Tool to learn more, and make choices about the data used by us and our partners on the site. By clicking "Accept" or by continuing to use the site, you agree to this use of cookies and data.
En savoir plus ou s'opposer