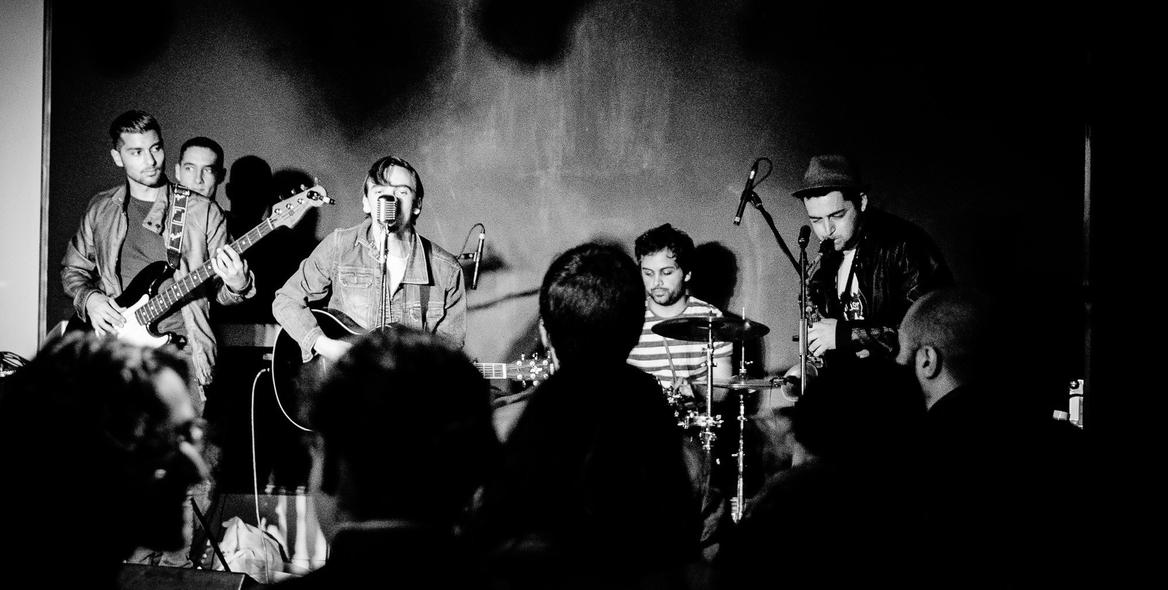 A name like The Busker might suggest a lonesome, wandering musician but not in this case. The Busker is in fact a four-piece band, and yes, they have done their fair share of busking too, but there’s a lot more to them than simply entertaining passers-by. Formed in 2012 as a duo, The Busker is the result of the instant chemistry between founding members Dario Genovese and Jean Paul Borg as well as their love of folk, rock and the pop sounds of the 1960s. Starting out with an organic sound, the band has quickly evolved into a more elaborate yet not over-complicated act.

The power of the song has always been their main focus, even if their most recent material possesses relatively stronger, bigger arrangements with melodies that sink into the listener’s mind even before one realises it. Add to that their knack for getting their audiences up and dancing as well their taste for playing in the oddest of places, take their annual Bus Gig around the Malta for example, and the result is simply unbeatable. With four EPS and one full-length album under their belts, The Busker’s future looks bright; more so now that, having had a taste of performing abroad, they will be pursuing more opportunities to engage with foreign audiences.

Pop / Luxembourg
Bartleby Delicate
When you browse on this site, cookies and other technologies collect data to enhance your experience and personalize the content and advertising you see. Visit our Privacy Policy (updated 5/25/18) and Consent Tool to learn more, and make choices about the data used by us and our partners on the site. By clicking "Accept" or by continuing to use the site, you agree to this use of cookies and data.
En savoir plus ou s'opposer