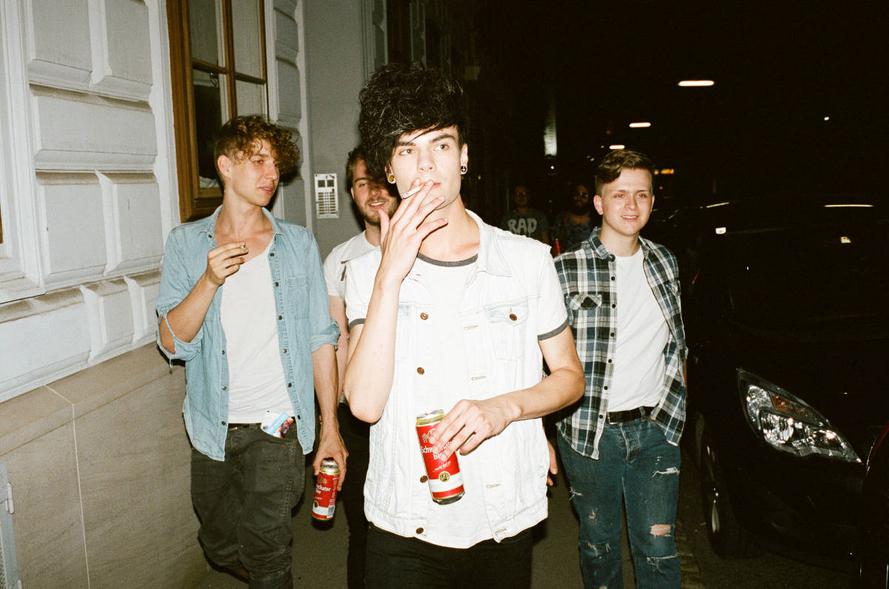 Let's be dead inside and party with booze, a cool image and beat-up guitars.

When you think of people who start a band to get more girls, the Crispies are one of those. Take any single aspect of “sex, drugs and rock’n’roll” and the Crispies are doing it. Leather jackets, booze, fuzzy guitars, chicks, chairs in pools and sunglasses at night. Heavy drug use might be the only thing not on their list, as while excess is key, being able to play the next gig is important too.

Sure, the Crispies would have been more en vogue 16 years ago, when garage rock had its big revival, but with a far-right-candidate being sworn into the Oval Office, a resurgence of classic American styles is quite likely to happen again. When everything’s broken, we go broke like in the old days.

The Crispies are naturally even more fun live. Their debut album Death Row Kids provides a decent impression of their musical range – which is narrow, to be honest, but they more than make up for it with intensity. On stage is where they shine. Give them a sweaty bar and a counter to dance on, and they’ll light the place on fire. It’s bands like the Crispies who make you believe that rock and roll will never die.

Let's be dead inside and party with booze, a cool image and beat-up guitars.