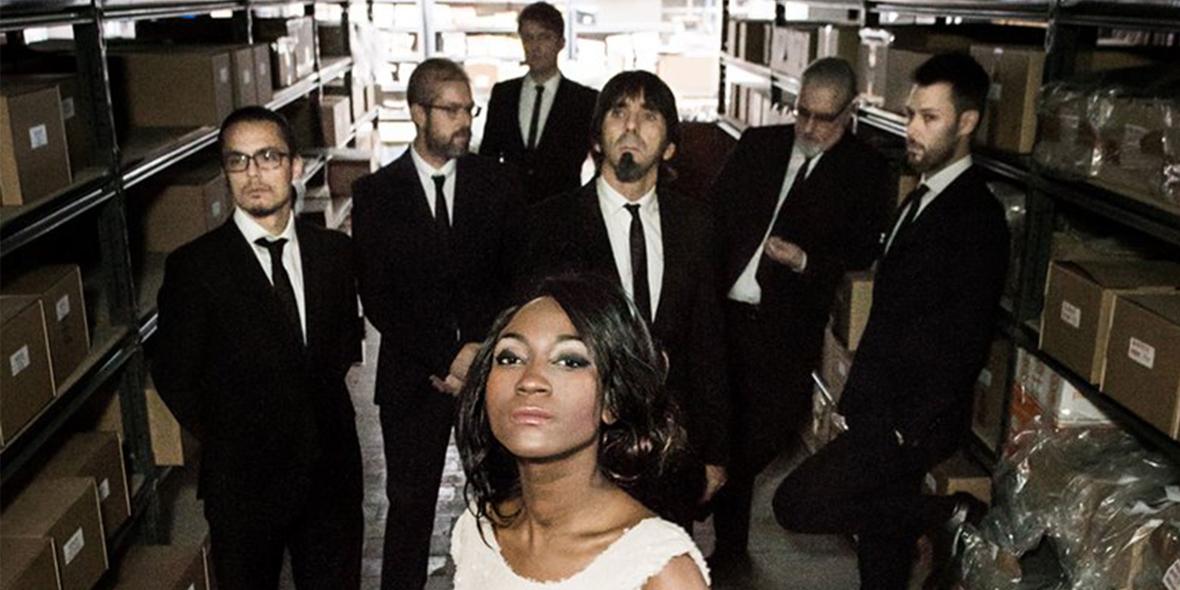 The purity of old soul music, tanned by the Mediterranean sun

There are bands who go on stage and play, then there are others who set it on fire and blow the audience away every time. The Excitements are the latter type. One of the few bands, let alone any, that obtains the level of energy and authenticity that this band offers on stage and in its work. Spiritual heirs of the golden age of black music and most ardent soul music bringing their love of music with an impeccable collection of 45″ vinyl in three long players which are pure dynamite. Known as a greased machine of the most rhythmic and fast blues of the present day their shows are energetic and offer a blend of furious rhythms, emotions, and slow ballads which are equally brilliant.

Along with Koko-Jean Davis on lead vocals, Adrià Gual on rhythm guitar and Daniel Segura on bass guitar. The Excitements line up is completed with: Albert Greenlight on lead guitar; José Luis Garrido on drums and, finally, the horn section with Nico Rodríguez Jauregui on baritone sax and Jordi Blanch on tenor sax.  The independent record label Penniman Records (Barcelona), is the company which has edited their half-dozen 7-inch records and its three LPS (long play records) so far all of them produced by the legendary Mike Mariconda.

It is now eight years on where the band have been working up a solid fan base throughout the entire Iberian peninsula and the rest of Europe. They have not stopped touring both small clubs as well as large venues, outdoor events or macro-festivals.

The purity of old soul music, tanned by the Mediterranean sun

Electro / France
General Elektriks
When you browse on this site, cookies and other technologies collect data to enhance your experience and personalize the content and advertising you see. Visit our Privacy Policy (updated 5/25/18) and Consent Tool to learn more, and make choices about the data used by us and our partners on the site. By clicking "Accept" or by continuing to use the site, you agree to this use of cookies and data.
En savoir plus ou s'opposer