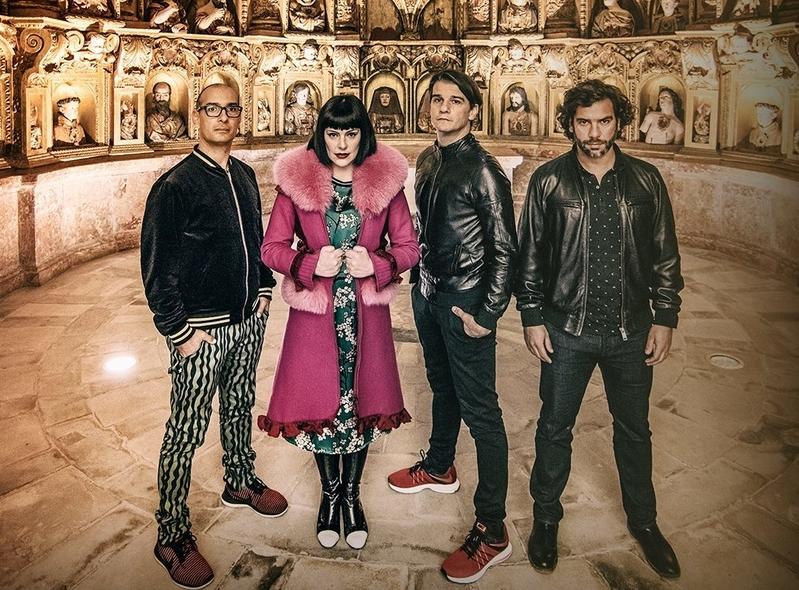 If Pop can be DIY

20 years ago some boys and a girl from portuguese west coast (Alcobaça) decide to release an independent album. It was a hard task in hands if you consider that they we’re under 20, they lived more than 100 kms away from Lisbon and it was the beginning of internet use in Portugal. In 1997 they home recorded 6 songs to distribute to labels and media. The buzz that was created by that release gave them the will to record an album and a year later, on Christmas of 1998 “Vinyl” was out.

And it was a big christmas present for the band. It went to the top of “best of the year” list, lots of copies were sold, the songs played on the radio and they toured the entire country. It was an amazing album that showcased Sonia Tavares voice along with Nuno Gonçalves production and writing skills.

Since that beginning in 1998, The Gift have struggled to release music, albums and videos that maintain their essence. In 2001 their second album (Film) increased their fan base and showed that their music can be even bigger and brighter.

3 years later, the band began an ambitious project, a double album “AM/FM” that feature 16 songs and was produced by Will O’Donovan, that worked with Björk or Howie B. Their writing was becoming more intricated and Sonia became on of the voices of their generation. By this time they already started to travel to other countries to perform especially in Spain, they are now used to playing big festivals alongside with New Order or Moby (that praised Sonia’s voice in several interviews) and even won a MTV Award (Best Portuguese Act).

Despite their early success their road was hard, and they struggled thru the years. After 7 years of silence (and a side project called Amalia Hoje), “Explode” wasn’t well received by the critics. But their fans continued to support them. And they continued to work hard. Not even a year later, their released another album (Primavera) and they embarked on a tour in Portugal and Spain.

In 2017, The Gift just made a dream come true by releasing an album (Altar) produced by Brian Eno and mixed by Flood. They spend almost three years writing and recording the album in London (UK), Vigo (Spain) and Alcobaça (Portugal) with the legendary producer, that also wrote some lyrics and even sings in the track “Love Without Violins”.

This album is getting lots of positive media feedback like Uncut (“an inspired collection of sonically inventive, discreetly theatrical pop”) or Under The Radar (“Altar has all the makings of a brilliant release”).  And their live performances also are being talked about by media like The Independent (“Onstage they’re a unit of talented musicians”) or Les Inrockuptibles (“…they don’t have any problem putting the stage on fire and Sonia irradiates”).

They’re, once again, proving on stage and on record their capacities. The album tour just got them to UK, Germany, Brazil, USA, Spain and Portugal. They want to conquer the world with music. And maybe they can.

If Pop can be DIY