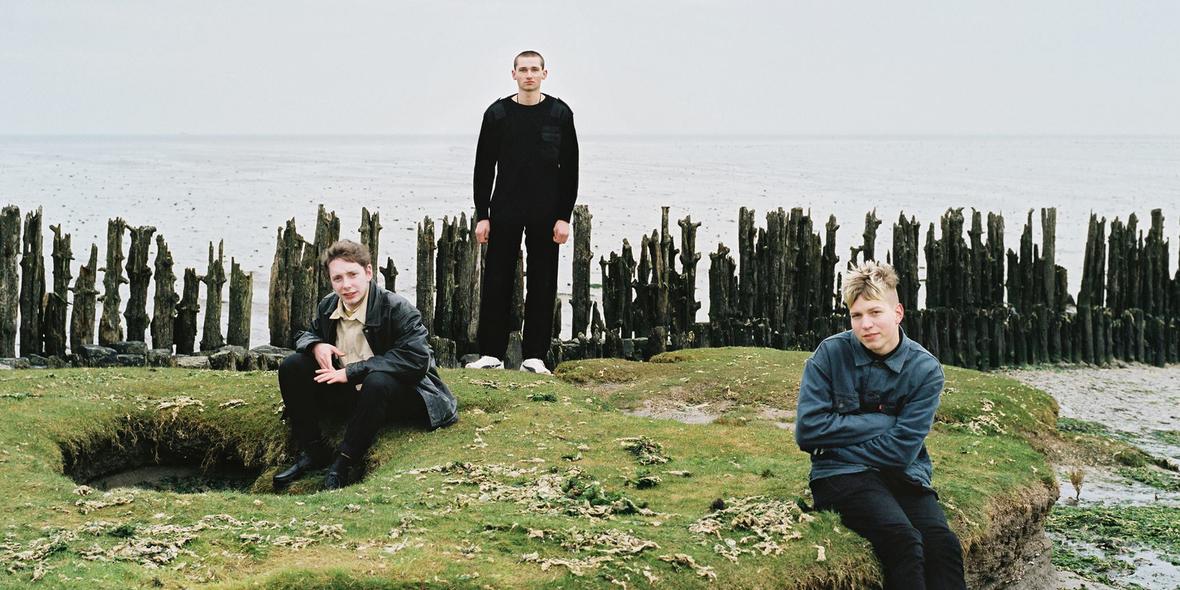 The folly of youth is often offset by a conviction in following one’s chosen path and being utterly unafraid to do things your own way. And so it is with The Homesick, three cheeky young scallies from the unlikely rock&roll hotbed of Dokkum, in the north of The Netherlands. A fondness for lazy days just hanging out and driving around town in drummer Erik’s vintage Unimog alpine rescue vehicle has clearly informed their gritty, noisepop vignettes.

But they don’t deal in breezy flights of fancy, there’s real steel to their words and music; songs about Dark Age Christian martyrdom (‘St. Boniface’), food habits (‘Eater Of Meat’), and teenage religion (‘The Best Part Of Being Young Is Falling In Love With Jesus’) wouldn’t be most band’s idea of cracking the mainstream. Again : the folly of youth.

But there’s also a sense that the trio have cannily repurposed a lot of classic, off-kilter music. Sounding like a long lost Factory act, they mix bratty garage rock with a sense of the absurd, all the while displaying a remarkable pop nous for ones so young.

And, like all great pop, they take aim at several targets and hit pretty much all of them on their debut album Youth Hunt; party anthems, giddy hooks, and distorted noise all surface at some point, judiciously used, and wonderfully executed. If they were from East London, they’d already be gracing covers. As it is, that accolade can’t be far away.

Playlists
Play! Europe goes USA : South by...
When you browse on this site, cookies and other technologies collect data to enhance your experience and personalize the content and advertising you see. Visit our Privacy Policy (updated 5/25/18) and Consent Tool to learn more, and make choices about the data used by us and our partners on the site. By clicking "Accept" or by continuing to use the site, you agree to this use of cookies and data.
En savoir plus ou s'opposer