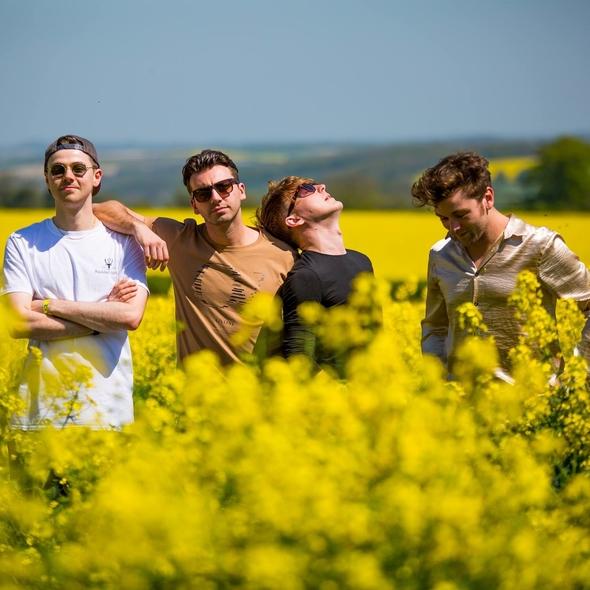 Spend any time perusing the news, and it’s clear that not all is well with the world. We live in difficult times — Trump, Brexit, climate change, stagnating economies, all issues that affect the young more acutely than others. So it stands to reason there are a lot of angry firebrands out there; people like The LaFontaines, a Scottish quartet for whom dissatisfaction has proven a particularly fertile muse. “We’re not as young and naïve as we were,” explained frontman Kerr Okan on the release of Common Problem — their second album — turning their newfound maturity and cynicism on everything from the weather to the UK government.

As such, their music burns with justice and fury, a stark reaction to modern society. Scorching, primal rap-rock is twinned with socially astute hip-hop, pulverizing beats and piercing guitars sweeping Okan’s sneering, sing-speak drawl along with them. They also dip into poppier, anthemic territory, letting a little light in now and again — clearly, they have some arena-sized ambitions, having already played several festivals and triumphant hometown shows at Glasgow’s famous Barrowlands.

Yet they sound most potent when they simply light the touch paper and stand back, letting songs build into explosive climaxes. This is a band fuelled by a dark, pulsating energy, as unafraid of confrontational lyrics as they are of galloping electro hooks in their desire to be honest. It takes courage to confront such topics in one’s art, but they’ve got the swagger and grit to pull it off — The LaFontaines have found their voice, and demand that it be heard.

Hip-hop / Ireland
Alex Gough
When you browse on this site, cookies and other technologies collect data to enhance your experience and personalize the content and advertising you see. Visit our Privacy Policy (updated 5/25/18) and Consent Tool to learn more, and make choices about the data used by us and our partners on the site. By clicking "Accept" or by continuing to use the site, you agree to this use of cookies and data.
En savoir plus ou s'opposer