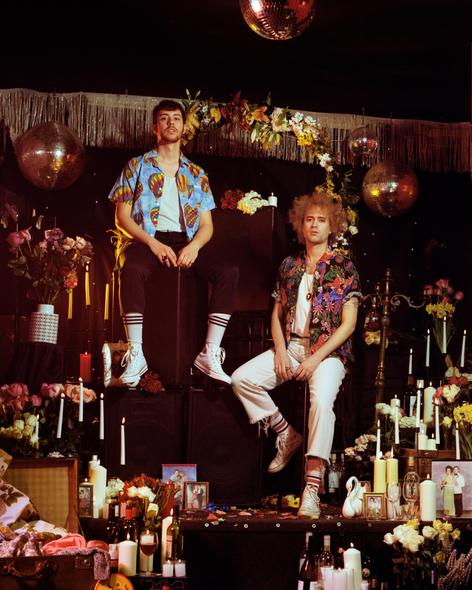 Indie rock, early punk and the harder garage sound in one band.

Friends before they were a band, Diego García (guitar and vocals), Alex de Lucas (bass) and Larry Balboa (drums) met at university in Madrid and began playing punk music together. They learnt as they went along at each rehearsal, creating something from their guts. Now they’re the most important band of the so-called Malasaña scene. They’ve played hundreds of shows, not only in Spain or Europe – America loves The Parrots. too.

They recorded Los Niños Sin Miedo in one week last September, with engineer Paco Loco and his wife Muni, in Cádiz, but there was more work to do when they got back to Madrid. The record label introduced them to Mikey Young, who mixed ‘No Me Gustas Te Quiero’, and the band saw that his work gave the song another dimension. They loved it so much that they offer the rest of the album to him for mixing, and now it sound like they thought it should. The Parrots have their own style.

Do you remember what it was like to get home by day and lie down in your exhausted bed after a night of madness? Well, the Parrots are the soundtrack of those days. Their youth and their desire to live make them essential, a band so fresh and shameless that you will fall in love the first time you listen to them. Their live shows are a wild party where tomorrow doesn’t matter. Enjoy them today.

Indie rock, early punk and the harder garage sound in one band.

Business
Best in Class: Ángel Carmona (Radio 3,...
When you browse on this site, cookies and other technologies collect data to enhance your experience and personalize the content and advertising you see. Visit our Privacy Policy (updated 5/25/18) and Consent Tool to learn more, and make choices about the data used by us and our partners on the site. By clicking "Accept" or by continuing to use the site, you agree to this use of cookies and data.
En savoir plus ou s'opposer