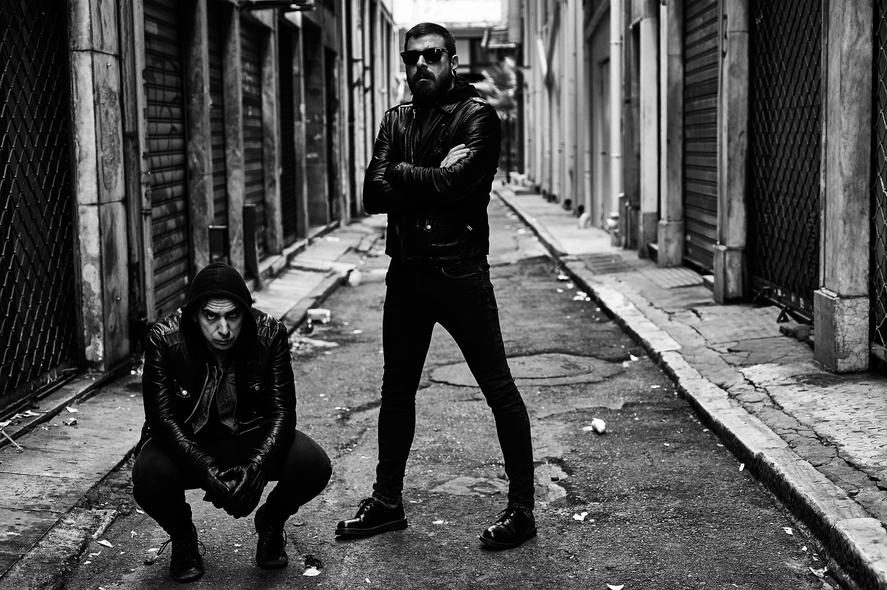 They come from Athens, Greece, but they “live” in a dark and gothic world reigned by industrial, darkwave and minimal synths. The band started as a duo, with Gerard Papasimakopoulos on vocals and lyrics and Lucas Savvidis on synths and programming, and only recently added a third member, Memos Pilaftsis, on guitars. The Rattler Proxy cull inspiration mainly from Suicide’s and Bauhaus’ body of work, meaning they inject danger and world-weary existential lyrics in their songs.

In the beginning of their career, they sounded like an earnest electro-rock band that grew up loving the same bands as the rest of today’s post-punk/new wave revivalists. Nonetheless, they soon discovered their own chemistry, staying true to their musical inspirations while adding a more synth-based sound to shady effect. And thus, they steadily built their fan base around their original work as well as through collaborations with established artists such as Timothy J. Fairplay, Antoni Maiovvi, Vox Low, Jokers of the Scene and Khidja.

Their debut album, Vertebrata — released in late 2016 via Lurid Music —, is austere and haunting, a claustrophobic encapsulation of everything the group sought to achieve from the very beginning.  It is noteworthy how many songs on the album rely on repetitive drum machine beats and fade in like something sinister emerging from the shadows, such as “Dead City” and “Mother Goose”. It’s also worth noting the sinewy anthem “Ex Cop”, the Depeche Mode-inspired “Oscillation” as well as “Dark Room”, a retro/futuristic rhythm that could be the missing link between New Order’s “Blue Monday” and Suicide’s “Ghost Rider”. Overall, the band is fully aware of its morbid power: a remarkable collision of atmosphere and minimalism and their brutal intertwinement with a stuttering drum beat.

Features
Release Athens : Greece’s Best...
When you browse on this site, cookies and other technologies collect data to enhance your experience and personalize the content and advertising you see. Visit our Privacy Policy (updated 5/25/18) and Consent Tool to learn more, and make choices about the data used by us and our partners on the site. By clicking "Accept" or by continuing to use the site, you agree to this use of cookies and data.
En savoir plus ou s'opposer