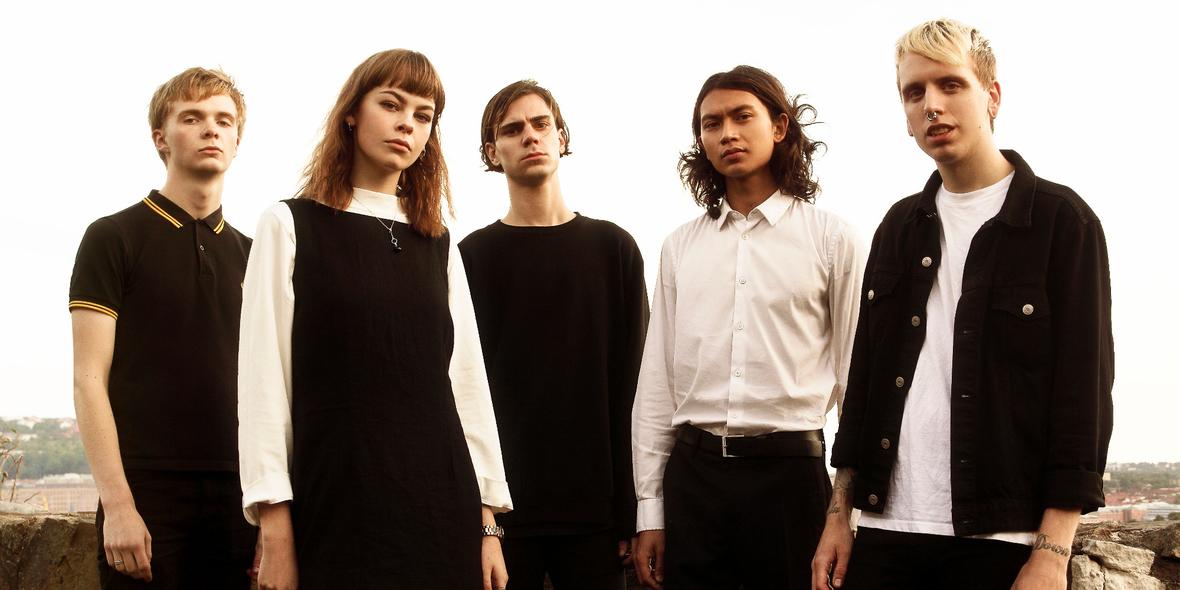 Swedish indie sensation The Sun Days has charmed critics and fans all over the world with its female-fronted melodic and uplifting guitar pop. The young band from Gothenburg released their debut album, simply titled Album, on American label Run For Cover Records in 2016. The Sun Days’ blissful indie pop with a free and easy spirit made an instant impression on the scene – and further. As of the time of writing, their hit single ‘Don’t Need To Be Them’ has more than half a million streams on Spotify and has been added to the Feelgood Indie (Germany) and Indie Songs For Slackers (UK) playlists, while American radio KEXP chose it as song of the day.

Stereogum named the Swedish indie pop quintet “one of the best new bands in the world” and media like Pitchfork and ABC News also heaped praise on the band. The group’s fan base includes not only the frontman of The Pains of Being Pure at Heart Kip Berman, but also British alternative rockers Basement, who had the Sun Days open for them during a two-week UK tour in summer 2016. It’s not hard to understand why when you see the band’s live act, which is nothing less than an all-out sing-along-and-dance party.