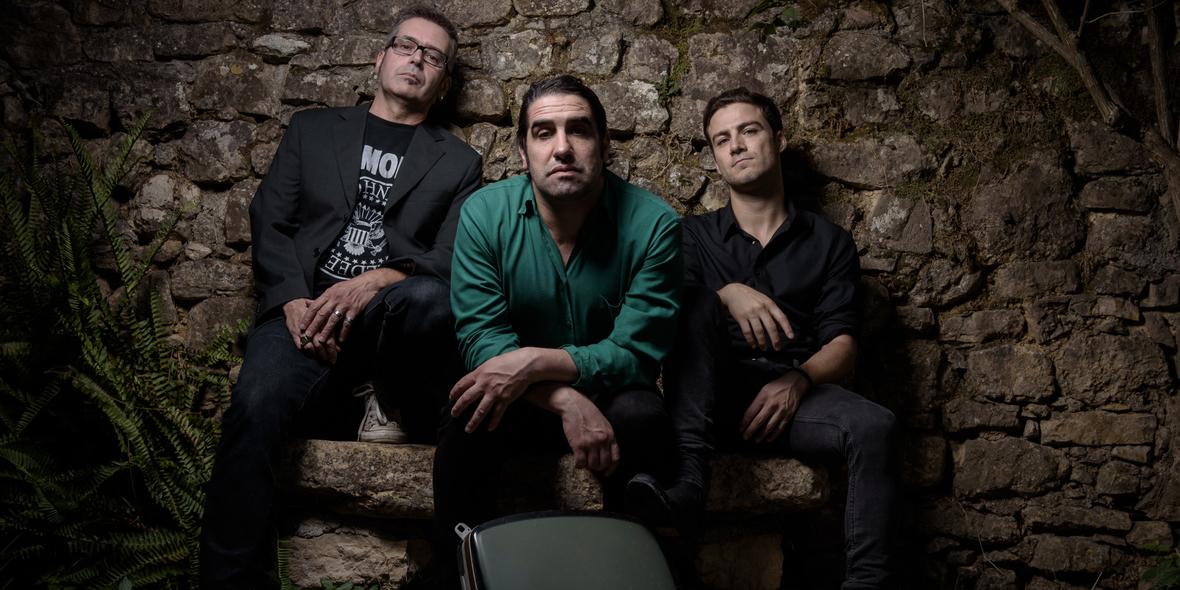 Coimbra is a city in the middle of Portugal, halfway between Lisbon and Porto, home to one of the oldest active universities in the world – and probably the place that gave music history the most rock bands from Portugal. There’s something in the water of the Mondego River. These guys live and breathe rock ‘n’ roll, it’s in their DNA! Though they do mix it with rockabilly, blues, gospel, punk, new wave…

The Twist Connection is a power trio. Sérgio Cardoso on bass, Samuel Silva on guitar and Kaló on vocals and drums. And if you’ve seen the video, Kaló plays the drums standing up while he sings. This isn’t something new for Kaló. In his previous band (Bunnyranch) he did it too. Maybe inspired by Slim Jim from The Stray Cats. Maybe not.

Simple songs. Simple riffs. Simple beats. Simple bass lines. Hard times rock ‘n’ roll. It’s hard to find. They don’t have the stadium anthems of the White Stripes, but they do have strong radio appeal. It’s unlikely any Mariah Carey fan will set aside her love songs for The Twist Connection, but man, it’s impossible not to fall in love with songs such as ‘I’m Watching You’, ‘Breathe In’ or ‘Nite Shift’.

The debut album was produced by A Jigsaw, a Portuguese duo that has already received some attention from European media (Les Inrockuptible, for instance), and is also featured on the keyboards on ‘Nite Shift’. Another Portuguese act, also from Coimbra as well, that also helped on the album, is Birds Are Indie. They released Stranded Downtown in late October and already did a tour with 30 gigs around Portugal. Make sure to check them out!

Pop / Luxembourg
Bartleby Delicate
When you browse on this site, cookies and other technologies collect data to enhance your experience and personalize the content and advertising you see. Visit our Privacy Policy (updated 5/25/18) and Consent Tool to learn more, and make choices about the data used by us and our partners on the site. By clicking "Accept" or by continuing to use the site, you agree to this use of cookies and data.
En savoir plus ou s'opposer