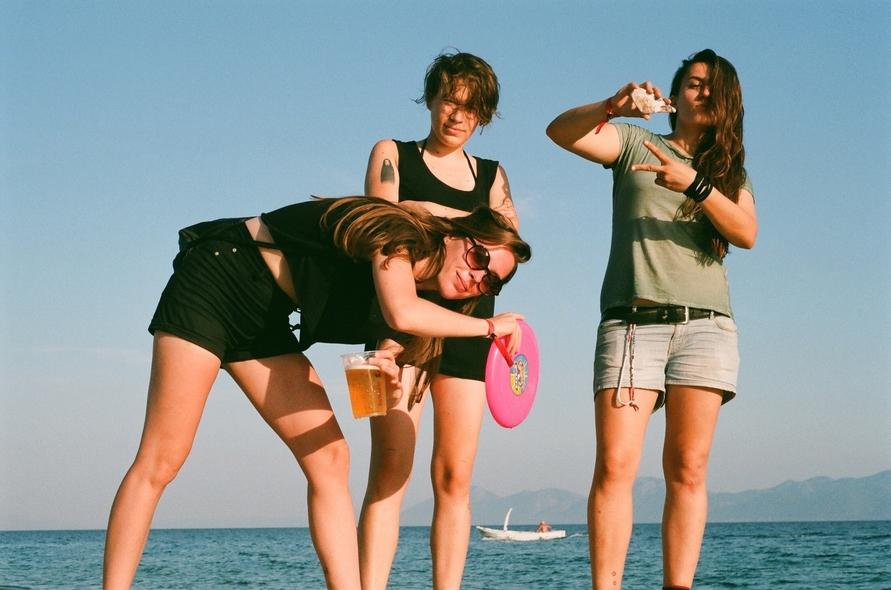 The girls make it faster

In the past decades we saw just a handful of all girl indie rock bands from Croatia with the regular studio recordings and great gigs. But in the last few years a whole bunch of the female bands arrived on stage and right now indie girls lead the way especially in Zagreb area.

Post rock or/and nu gaze trio Tús Nua started in 2014 and by 2016 its current band line-up was made up of Jordi Ilic, Jelena Bozic and Matea Milevoj. These girls played guitars and synths and shared vocal duties on their 2017 debut  album „Horizons“ made with the help of guest musicians and close friends from another Zagreb all girl trio Žen. Eva from Žen also made an excellent artwork for the album.

The self released  „Horizons“ avaliable on Bandcamp  included remastered versions of previous singles „Matches“ and „Geysir“ along with seven new songs written by Jordi, Jelena and Matea all sung in English. Just like the Žen girls a couple of years earlier the young  Tús Nua  crossed the  border very quickly to play gigs in Serbia, Slovenia, Austria and Hungary.

They also found the way to enter United States with their album cassette release on the Seattle based label  Weltraum–Wal Records followed by its radio airplay by worldwide influential KEXP. The next chapter for Tús Nua began in the summer of 2018 with apperances on the top festivals like INmusic in Zagreb and a trip to Ljubljana to play support for their Irish post rock heroes God Is an Astronaut.

The girls make it faster