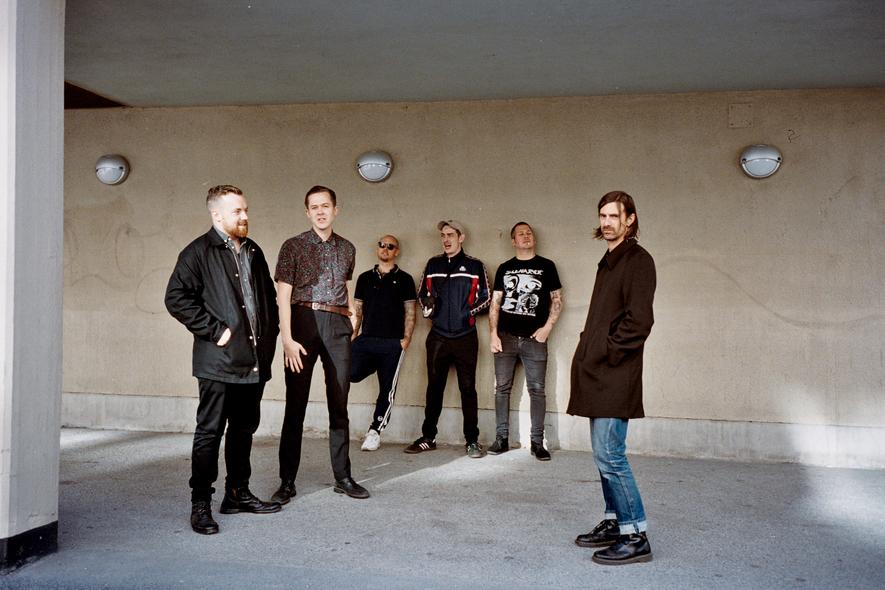 It was three years ago that a tattooed man dressed in jeans, tracksuit top and fast sunglasses rose, literally, from the underworld, ripping off Primal Scream’s ”Swastika Eyes”, and sang about ”Research Chemicals”:

The Swedish capital is not necessarily known for its alternative music scene. But, in recent years, Stockholm has given us, among others, Viagra Boys, a band that today creates waves on the international scene.

Viagra Boys has continued to deliver garage rock allied to a distorted post-punk sound with a saxophone and unruly synths on top. The combination creates a both artsy and monotone backdrop for singer Sebastian Murphy. Viagra Boys recently presented their first full-length album, Street Worms. An album that sounds like a soundtrack to a dystopia movie, like you’re in a hurry to a place that is not there and where everything matters not.

On stage, Viagra boys make the strongest impression with their charismatic manic singer as the natural visual focus point. During the fall of 2018 the band will tour Europe, catch them if you can, cause you’re gonna like it if you like to get sonically shaken.