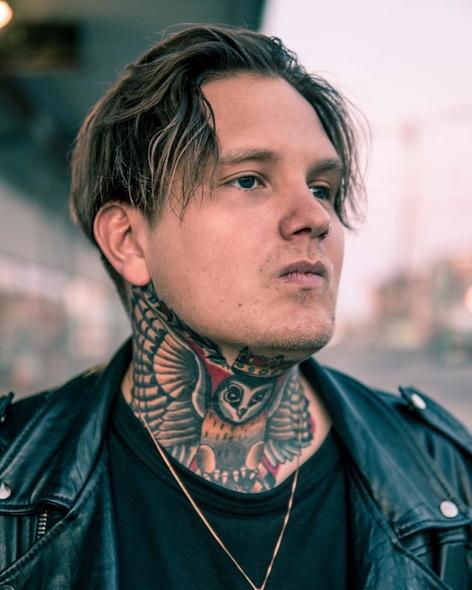 Get ready to be hypnotized and blown away.

Imagine a pitch-black post-apocalyptic world with dark urban tunes howling around and you have View. This mysterious hip-hop act combines modern elements in a fresh and oh-so-dark way. Behind View is 20-something rapper Juuso Ruohonen and producer Joonas Laaksoharju. The Finnish duo are only starting out in their home country but have already played sold-out gigs in Berlin.

Originally from the small coastal town of Pori, Ruohonen started rapping at the age of 12 and he has perfected a fluent English flow. On his debut EP, Avalon, released in 2015, he deals with bleak themes such as alcoholism and small-town depression. His flow is hypnotic, low-key and dark as the night. You can hear EDM and dubstep forming a seductive pair with the dark hip-hop tunes. Ruohonen is friends with another Finnish rapper, Noah Kin, and the pair have collaborated on the track ‘Spill’. View is signed to the well-known German label Cargo Records and great things are predicted for him. Get ready to be hypnotized and blown away.

Get ready to be hypnotized and blown away.

Playlists
Play! The Hippest and the Hoppest