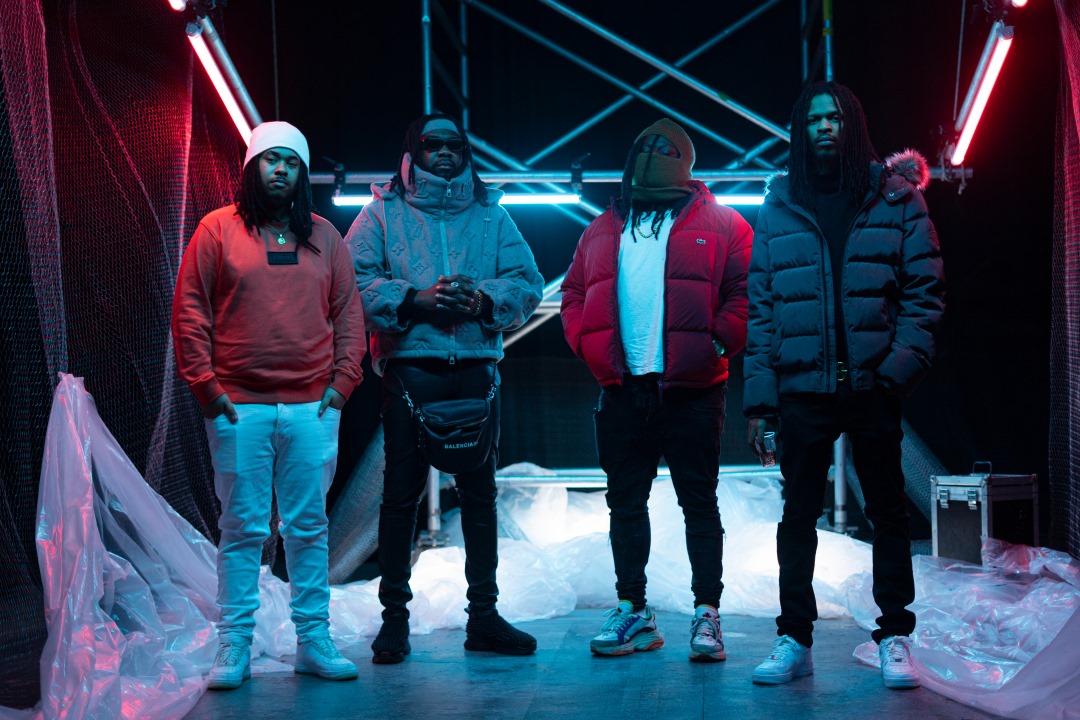 Gson, Zara G, Kroa and Zizzy Jr. are Wet Bed Gang. Unapologetic, uncompromising and unstoppable, this pack of four from Vialonga, a suburb 20 minutes away from Lisbon, are moving with ferocity and have already proved their worth by moving huge swaths of audience to the tune of their unpredictable and wild ideas.

When last profiled in Europavox, I wrote that the group was bent on not letting a drop of hype go to waste. Boy was I in for a treat over the past couple of years. Their first game-changing moment came with ‘Devia Ir’, the ballad with an unbelievable hook that crossed over from a rap audience to the mainstream with no warning, or even a video. The same year, they were called in last minute to replace Hardwell at Sudoeste Festival and, by the time they ended performing the first hit, the crowd had already forgotten who was being replaced.

Wet Bed Gang still move completely independently, relying on themselves and no label, and have been following their vision through: they put out short-form records in 2017 (‘Filhos do Rossi’), 2018 (‘IV’) and 2019 (‘Stay Inside’), which collectively bolstered their discography and showed that they were no one-hit wonders. With time, each member has been maturing their distinct style, making each track dense and rich in wordplay, flow and attitude.

In 2021 they put out their first full-length album, ‘Ngana Zambi’, a record that shows off their prowess in rap, trap, dancehall and even drill. The album’s first version was actually completed by 2018, but since then they have been honing and refining the record and waiting for the right timing with discipline and accuracy. The effort has surely been worth it.

02 Mar 2021
Send a message to
Now playing!
The best of Pop music by Europavox
Featured playlists
Select your player