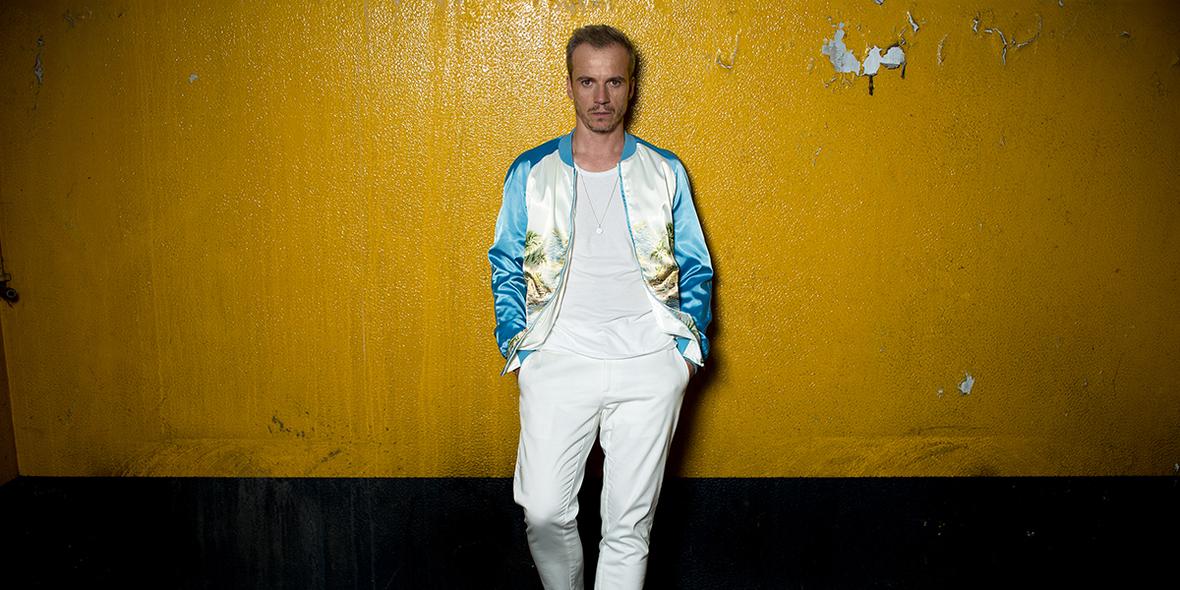 White Haus is João Vieira, or to be more accurate, João Vieira’s solo project. He is not a newcomer to music having been embedded in the music industry for the last 15 years or so. It all started when he moved to London and assumed the moniker of DJ Kitten. He then came back to his hometown (Porto) and continued, with extreme success, Club Kitten nights for several years until meeting Rui Maia and Fernando Sousa to create X-Wife.

From 2003 to 2011, they released four albums, played at big festivals in Portugal but also played around Europe and even in the US. During a break with his band and enjoying a recent departure into fatherhood, João started working on some solo songs. In the Spring of 2013, he introduced White Haus to the World with “How I Feel”.

“How I Feel” was part of a 4 tracks EP. Great drums, cool vocals, a tough bassline and lots of synths. You can dance, drink, and talk to your best friends at the same time. The stepstones we’re in place for the White Haus sound. Electronic beats and images closely connected with the bass and voice of João.

He invited the filmmaker Vasco Mendes (Throes + The Shine, Batida, We Trust) to develop the music video ideas to fit the songs like a perfect glove. He also brought designer André Cruz, who worked with Stefan Sagmeister in Casa da Música (Porto), to do the artwork. Everything was spot on and he continued to work on more and more songs. In 2014, he released White Haus’ debut album.

If anyone had doubts about how hard João worked on these songs, let’s just say that he plays every single instrument on White Haus’ songs. He confessed that he had to learn to play the bass through YouTube while also playing on top of House tracks.

The universe behind White Haus’ sound is so wide and deep. From David Bowie to Pulp, LCD Soundsystem to Chromatics, you can almost touch every record that João Vieira listened.  Even Kanye West is a reference to João. Just listen to him covering “Flashing Lights”.

In 2016, he released sophomore album “Modern Dancing” but this time he was not alone. He recruited another singer (Graciela Coelho), a bass player (André Simão) and a drummer (Gil Costa) to give a more organic vibe to the songs. He even invited André Tentúgal, from We Trust, to play the piano on a track (A Ghost). But more important, he gained a live band. If you like these songs, I’m sure you will find them even more intense on a stage (in a nightclub or at a festival).

Songs like “City Girls” or “The Secret” offer a perspective of vintage songwriting with current storytelling. João Vieira is a 40-year-old man that is working hard getting these songs out there. Always with a terrific sense of humour, good vibes and lots of coolness.

Playlists
Play! MaMA Festival 2017
When you browse on this site, cookies and other technologies collect data to enhance your experience and personalize the content and advertising you see. Visit our Privacy Policy (updated 5/25/18) and Consent Tool to learn more, and make choices about the data used by us and our partners on the site. By clicking "Accept" or by continuing to use the site, you agree to this use of cookies and data.
En savoir plus ou s'opposer