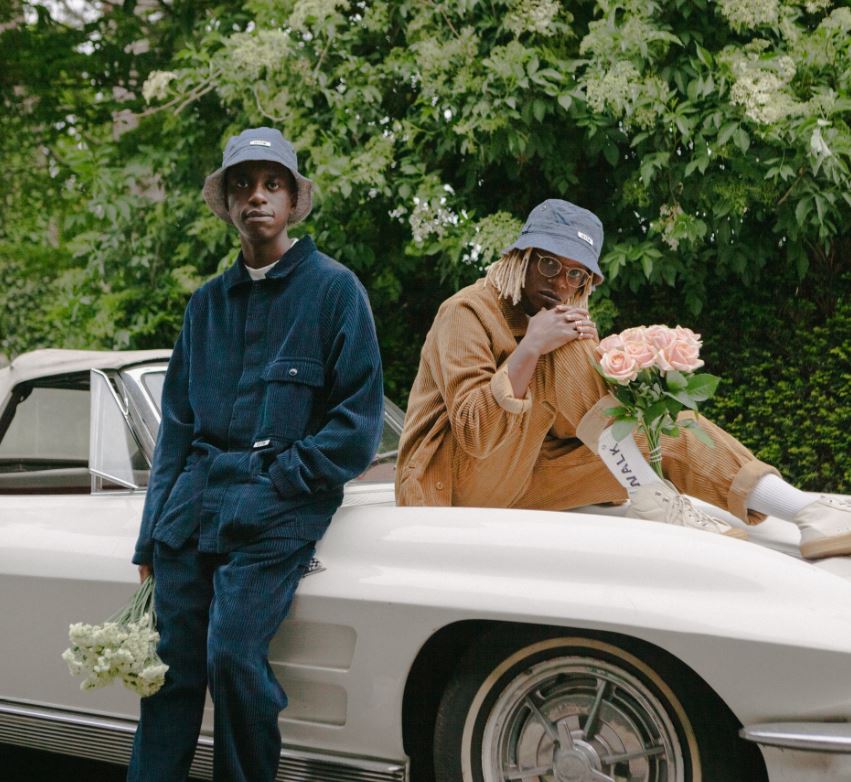 Nowadays, many young artists seem to find the notion of music genres obsolete, and the way they break down barriers to invent new, unlabelled sounds is exhilarating. Typical of this trend, Belgian duo YellowStraps incorporate hip-hop, jazz, R&B, downtempo beats and soul into their songs. The result is surprisingly cohesive, charming, and sometimes sensual, so fascinating, in fact, that by their outros they seem to propel you in the direction of their other material.

The two members of YellowStraps are brothers, Yvan (vocals) and Alban (guitar) Murenzi. They were born in Rwanda, grew up in Uganda and relocated to Belgium, specifically the suburbs of Brussels. They started making music on their own, before meeting Belgian producer Le Motel. Their collaboration can first be heard in ‘Mellow’, a self-produced album released in 2015, preceded by their winning the Most Promising Artist award at the 2014 Red Bull Elektropedia Awards.

Since then, YellowStraps have been busy touring major European festivals (including The Great Escape, Eurosonic, Dour, and Trans Musicales) and working on new material (including the ‘Blame’ EP in 2018). In 2019, the Murenzi brothers played a Colors session unveiling ‘Rose’, a brand new song which featured on their ‘Goldress’ EP in early 2020.Then Covid-19 happened, putting their projects on hold.

Full of energy and imagination, Alban and Yvan bounced back: they launched the Yellockdown Project, making a new track each week with a different artist, and then a mixtape that has brought together all of these great songs. YellowStraps are currently in residency at the Botanique in Brussels, another well-deserved acknowledgement of a duo that are going places.