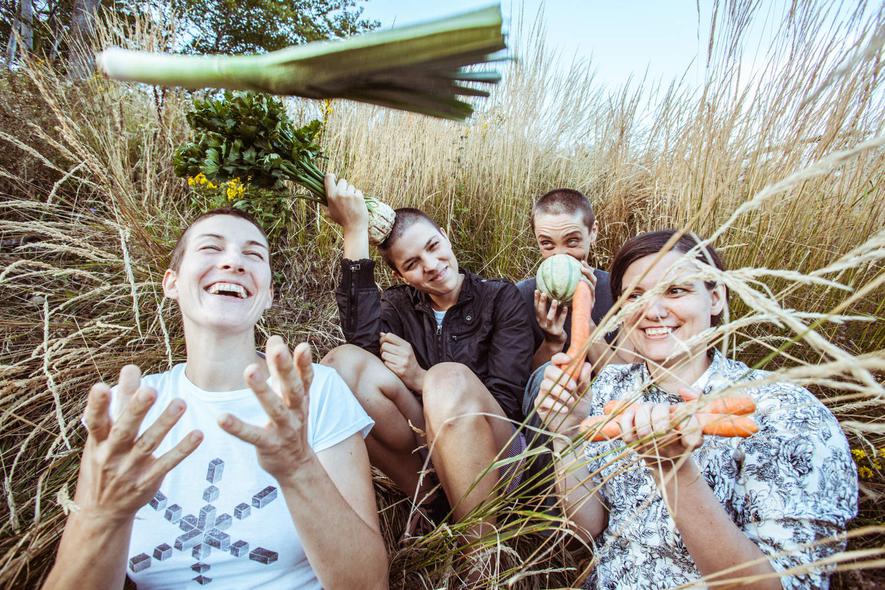 Four-piece Žen defines itself as an “audio-visual progressive indie post rock band with a queer and feminist attitude”. However, the collective, formed in Zagreb in 2009 and composed of Eva Badanjak, Sara Ercegović, Ivona Ivković and Tanja Minarik, is not “yet another post rock band playing the feminism card”.

Their name, Žen (pronounced as /xzen/) plays with gender fluidity: a Croatian word for “woman” (žena) loses the “a” and acquires a male gender form. Their music aims to break gender stereotypes, but foremost, it invites you to reflection. Their lyrics are simple, direct and unpretentious, yet they summarize beautifully what the band stands for: feminism, liberation from stereotypes, criticism of capitalist, uniformed society, care for the environment…

To fully comprehend the imagery behind their lyrics, one would need to understand Croatian, the language used on both of their albums released so far. But don’t worry, Žen’s concert experience and music transcend all language barriers.

Žen’s guitars, bass, drums and synth unite in rhapsodies of various styles and genres, ranging from rock to experimental electronics. Their guitar riffs can become both melancholic and energetic, their compositions encompass a great variety of interesting sounds and effects. And finally, their shows are a delight for both ears and eyes, as each performance includes improvised live visualizations that plunge you into Žen’s universe.