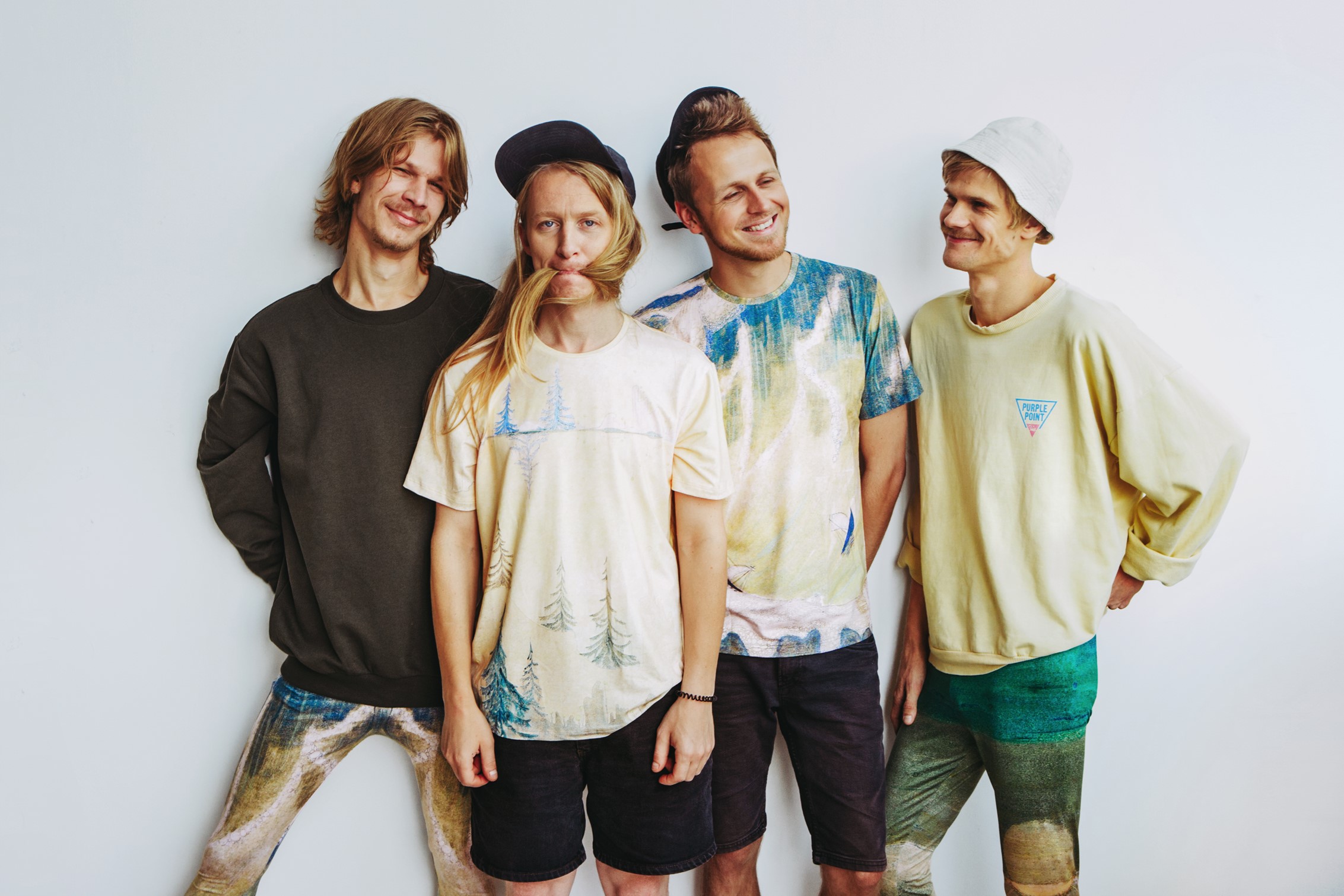 " Cosmic mix of guitar riffs and dreamy vocals, with a hippyish vibe. "

“They certainly remind me of this band I used to manage, called Pink Floyd”, legendary rock manager Peter Jenner said after witnessing these Lithuanians’ performance. A comment that should surprise nobody – for Garbanotas definitely are inspired by the psychedelic haze of the 60’s. However, wide array of influences can be  traced in this band’s sound, from krautrock vibes to blues rhythms and ambient soundscapes.

Garbanotas were formed in 2008 by two brothers who were taught to play guitar by Franciscan monks (and no, we’re not making this up). After a couple of minor line-up changes, Mantas Joneikis (guitar) and Šarūnas Joneikis (vocals, guitar, keyboards) showed big promise with their debut EP Venera (Venus), released in 2012. With nods to both Led Zeppelin and Jimi Hendrix, the band became an underground sensation, selling out clubs with almost no promotion. They upped the ante considerably with Above Us – the band’s first full-length album, released in 2015, was an even more imaginative affair, drenched in echoes and subtle electronic sounds.

2016 brought a couple of triumphant moments – Garbanotas were voted the best act by  audience of Tallinn Music Week showcase festival  (Estonia) and won the Best Alternative Act award at M.A.M.A. (Lithuania’s answer to Grammy). With a new album pencilled for release some time in 2017, the future looks bright for this gang. And no, their bass player’s hair is not curly. But for the growing crowds who flock into venues whenever the band is in town, this doesn’t seem to be an issue (and rightly so).

By the end of 2017 Garbanotas released their second LP “Room for You”. As the band says:

“the album is sort of a reflection of the world we’re in and the world that’s inside us.“

Released both on vinyl & digital, presented in Lithuania, Latvia and Estonia (Tallinn Music Week’18) “Room for You” is spreading optimistic vibes even though the lyrics sometimes don’t. People say you can become a better person while listening to it, so don’t miss the chance to hear Garbanotas live at Europavox.