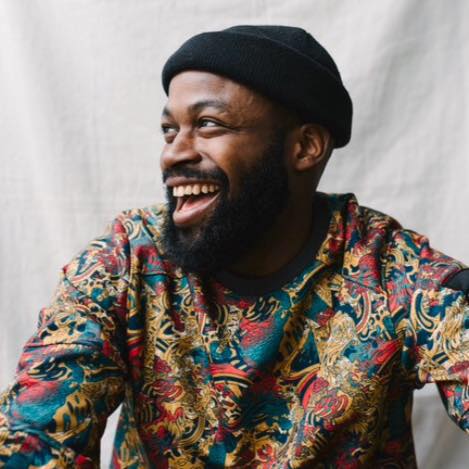 Jesse Markin knows all about being an outsider. The Liberian-born rapper-turned-singer-songwriter grew up in the Finnish town of Viljakkala, a provincial settlement of just 2,000 people that was 100% white. But he wasn’t simply, as he puts it, “the only black person in the village” – he was also one of the few black artists in Finland’s predominantly white rap scene. For several years he was one half of cult duo The Megaphone State, but it was when he was cast in a musical – and met sound designer Totte Rautiainen – that he decided to explore singing, and his other musical influences.

Rautiainen produced Markin’s debut album – last year’s eclectic, and critically acclaimed Folk – and encouraged him “to try something new”. The result is mesmeric, 51 minutes of slick, stylish songs that mix electro, hip-hop, indie, soul, and African folk. It led to Markin becoming one of the hottest names in the Finnish urban and alternative scene, and he’s spent the time since touring hard and playing numerous festivals.

Alternating between rapping and a sweet, soulful singing voice, his raw, thought-provoking lyrics combine with polished production give his work a hard-hitting edge. His habit of visiting record fairs and choosing records by the cover or instrumentation fuels his musical curiosity – above all, Folk is the work of an artist at ease with slipping between a myriad of styles. Dark R&B, acoustic strumming, downtempo pop, and fiery rap all make an appearance, Markin sounding utterly compelling through it all. It’s proof that he’s unique in a musical sense too.