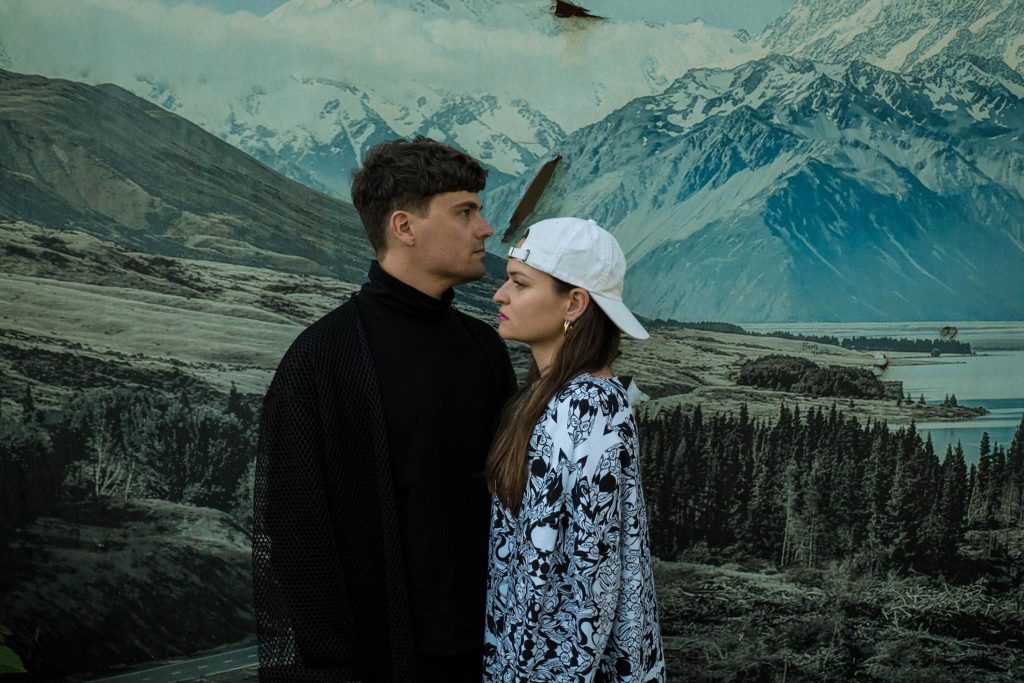 Captivating and tender, the German alt-pop duo ÄTNA paint with such broad strokes with their sonic pallet that over the past few years their work has brushed the corridors of jazz, electropop, and neo-classical. Their press release describes them as being ‘like Fever Ray meeting Grimes in London’s grandiose Royal Opera House,’ a portrayal which accurately describes their bold, unorthodox and captivating variation on pop that features piano ballads, epic synth symphonies, and smooth avant-garde R&B alike.

Their new 2020 LP ‘Made By Desire’ is a daring step forward for the Dresden duo. Heavily syncopated electro-basslines intertwine with their trademark percussive style, strung together by the beguiling vocals of lead singer Inéz Schaefer. It was only two years ago that I first saw the band at C-O Pop festival, delivering a fresh nouveau-jazz performance in the back of a bookstore. How things have quickly progressed for the duo, with the new LP easily flaunting how confident they’ve become in their delivery and style; one that is drenched in contemporary pop. Indeed, so big are they now, their new LP was even recorded — in part — at Berlin’s legendary Hansa Studios (the one that was heavily used by David Bowie, Depeche Mode, and other nouveau pop acts of yonder).

The album’s opener ‘Won’t Stop’ is a signal of their intent, with Inez Schaefer’s delivery of the chorus emblematic of their drive: “We won’t stop till morning comes. Can you hear us all night long.” The video itself might parody cult 80s synth-pop, but they themselves are very much a product of today. Gone are their days of performing in bookstores. Having played all the European big stage circuits including Eurosonic, Pop Kultur, MENT, and Tallinn Music Week, the duo even graced the lineup of Montreux Jazz Festival, and with their desire, will have greater shows opening up for them further on down the line.