Francoism emerged in Spain following the Civil War which came after the coup d’état led by Emilio Mola in July 1936, overthrowing the government of the Second Republic elected at the polls. That fascist movement continued until the death of the dictator Francisco Franco, on 20 November 1975, and persisted until the dissolution of the Cortes franquistas (“Francoist Cortes”) in 1977.

Forty years during which, like every dictatorship since time immemorial, kept the country and the population oblivious to the world. One way of remaining in power is to persuade people into believing that the rest of the world is wrong while reinforcing national values and vetoing and denigrating external influences. And, from all strata of society, culture is always the most reactionary and the hardest to control. As a result, through censorship, it is endeavoured to avoid cultural and/or political divergences.

The seeds of first Spanish Rock

The Franco regime did not vilify, prohibit or persecute rock music in the beginning. The successive General Franco governments, in fact, paid absolutely no attention to the phenomenon. These governments saw no danger in artists who sang in languages which the vast majority of the people did not understand. Few were those who understood the lyrics in English or French. Oddly enough, in the mid 50s, Spain relationship with rock was just as sophisticated as its neighbouring countries. Official censorship delayed the premiere of some films, changed the album covers of certain records, and even vetoed the release of a few songs, but nothing such as the persecution, prohibition or systematic repression by the regime ever existed.

Rock surfaced in Spain as well as the rest of Europe. However, the French and, above all, Italian influence must not be forgotten. The first Spanish rock was greatly influenced by what was happening in those countries. Besides the Frenchman Johnny Hallyday, the rock-and-roll dalliances of people such as Peppino Di Capri, Adriano Celentano or even the very same Renato Carosone were the seeds of the first Spanish rock. That smoothed the belligerent and provocative nature of American musicians. The regime considered rock as a strictly musical phenomenon, in which it saw nothing to fear and whose rebellious spirit and driving force of cultural and social transformations failed to be appreciated.

Promoting the National Product against The « British Invasion »

Between 1960 and 1961, countless new bands and soloists appeared across the length and breadth of the country: Mike Ríos, Los Pekenikes, Los Sonor, Los Flaps, Micky y Los Tonys, Los Relámpagos, Los Continentales and many others. The main characteristic of the majority of these bands and soloists is that, unlike the artists which emerged in the late 50s, the former drew directly from the original Anglo-Saxon sources. That year, The Beatles became a worldwide phenomenon and the so-called “British Invasion” took place, which had an impact on the entire planet. The new styles of British rock were foisted everywhere, revolutionising the world of rock’n’roll, giving birth to countless groups and youth movements on all five continents.

The dictator decided to promote the national product, obliterating where possible the foreign influence, helping artists who were pro-regime, who sang in Spanish and dubbing foreign films into Spanish and thus being able to use the censor scissors whenever necessary. The Franco regime prohibited the release of records such as “Blonde on Blonde”, by Bob Dylan, as it was literally considered as “light, phrases whose double meaning within the song is lewd and homosexual”; the song “Heroin”, by Lou Reed, due to its advocacy to drugs; and added the beeping sound which replaced the verse that included a reference to “the Father, Son and the Holy Ghost” in Don McLean’s song “American Pie”. Hundreds of LP covers were, without fail, retouched or replaced for including amoral aesthetics, among which was the album cover of Sticky Fingers, by The Rolling Stones, work of the American artist Andy Warhol. 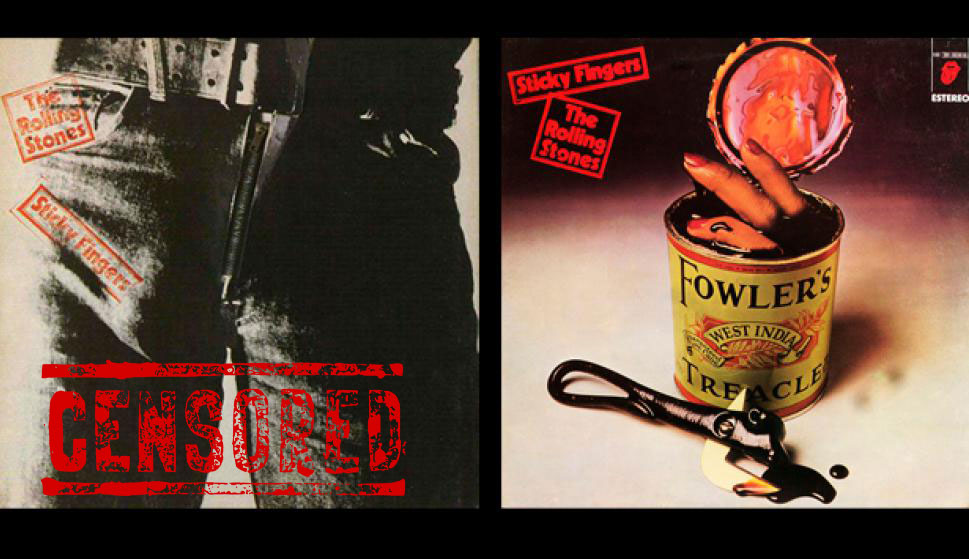 Across Spain, thousands of new bands emerged influenced by those sounds. It’s impossible to list them all. At that time, so as to be able to play live, the Franco regime required artists to have the “entertainers and/or modern music” license, registered in the Sindicato Vertical del Estado (Spanish Trade Union Organisation commonly known as the Vertical Syndicate). According to the data available at that time, the number of rock’n’roll bands in 1966 rose to 6000. If one sang in Spanish and did not get involved in political issues, one would find his market share. Spanish cinema created internal fashions, heroes and trends. Pro-regime national folklore and crooners were promoted. Our grandparents did not move on from the zarzuela, copla or light music, other examples of regime compliant musical genres.

Then, some of the greatest bands in the history of Spanish rock music emerge. Los Brincos, Los Sírex, Lone Star, Los Cheyenes, Los Salvajes, Los Botines, Los Gatos Negros, Los Ídolos, Los Mustang, Los Runaways, Los Polares, Los Bohemios, Los Pekenikes, Los Protones, Los Zooms, Los Banzos, Los No… Between 1964 and 1970, rock and pop reached its zenith in Franco’s Spain. Radio, television, the press, cinema, advertising, literature, fashion, art and society as a whole are subject to its influence. Despite the regime’s reactionary and authoritarian ideology, the new fashion prevails to the point of conditioning almost every cultural, social and aesthetic manifestation in the country during those years. Without realising it, a seed was nurtured that had been germinating but would only bear fruit much later. The problem was that the great masses enjoyed these groups instead of the originals, and of course, the message was not the same.
There were young people who did not listen to the Rolling Stones in their time and now their grandchildren would pay a fortune to see them play live. Above all, Spain had something that no other country had: Flamenco and all its facets, which was heard in every corner of the country. The influence of this style can still be found in practically all the styles of the best selling recording artists in our country. Whether rock, pop, rap or electronic music, its tentacles reach out to almost 90% of national music. Much of the tradition of today’s Spanish music scene ensues from the Franco regime, which promoted genres such as copla, cuplé or zarzuela, to the detriment of rock, which was more provocative. What need did one have to sing in another language if one had the national market and the entire Spanish-speaking world as potential customers? With success in Spain and South America, the rest of Europe mattered very little.

The new bands sang exclusively in Spanish and found a dazzling success. Those bands sold hundreds of thousands of records and shook up the Spanish landscape of the 60s. The multinational record companies such as EMI, RCA or CBS, opened branches in Madrid and Barcelona; as well as national record companies such as Hispavox, Sapphire, Regal, Belter etc which, together with newly created record companies, expanded their business and flourished under the new fashion. Between 1965 and 1969, some of the great Anglo-Saxon rock bands of the sixties, such as The Beatles, The Kinks, The Animals, The Troggs, The Shadows, The Easybeats, Taj Mahal, Jimi Hendrix Experience also gave concerts in the country.

It is hardly anecdotal that the Francoism permitted, on the one hand, The Beatles concerts to show the world that Spain was a normal country and, on the other, it was the party responsible for them not being successful, all in order to show that foreign music was appreciated by the people. A fallacy, as my father would attend one of the concerts after plenty of sacrifices and savings. The real reason why The Beatles did not have any sold out concerts in Spain was none other than the high ticket prices and the fear instilled in people. According to reports in Barcelona, there were almost more police in attendance than concert goers. After the concert, there were disturbances provoked by the police so as to give bad publicity to the event, to rock and to The Beatles. Lennon’s wedding in Gibraltar still stung. 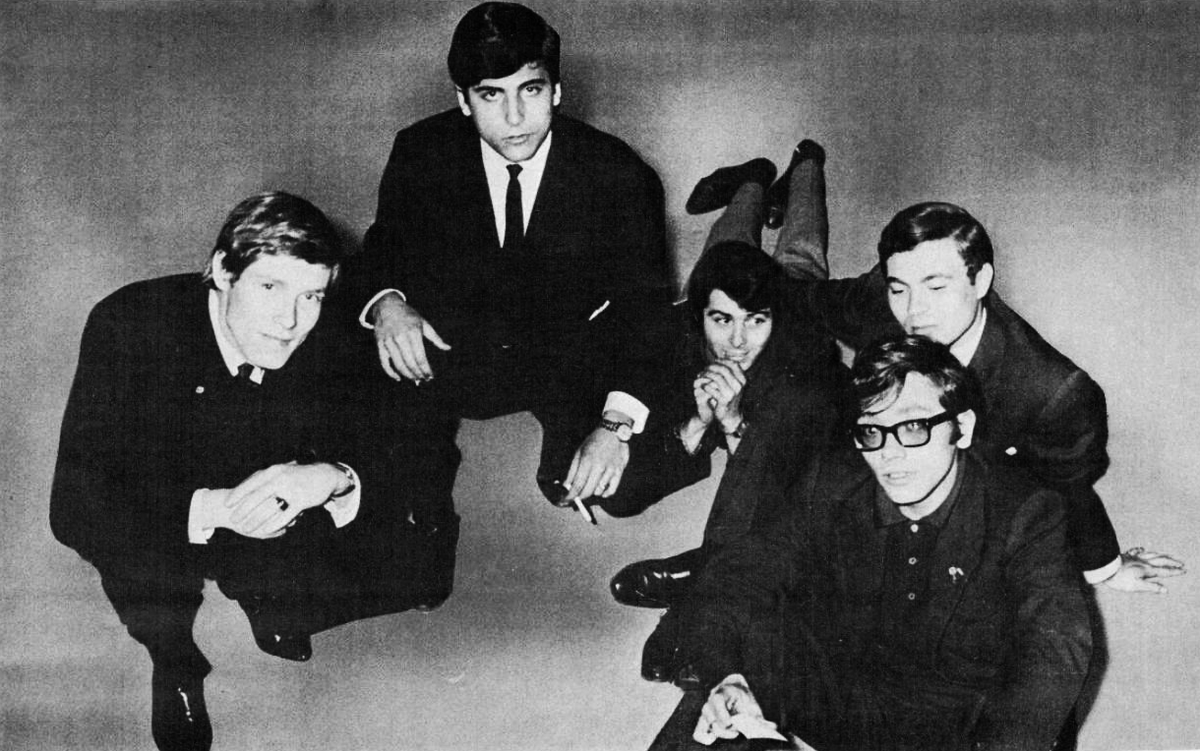 In 1966, Los Bravos became the first Spanish group to obtain true international success with its hit “Black is Black”, which reached number 2 on the British charts, number 4 on the US charts and number 1 on the Canadian charts and several countries in Western Europe and in the rest of the world. In 1969-70, the Spanish rock landscape, at first glance, seemed excellent. But, with time, the distance to countries such as France became greater. Jazz here was something for music lovers who could afford the luxury of importing records, whereas in France it was more widespread, general and vox populi. Decades later, Jazz in Spain still remains something somewhat alien to the general public.

Deletion of texts, records which were released with fewer songs, meaninglessly severed sentences and, especially, lots of photographs, posters and album folders which did not see the light of day as they did not espouse the prevailing morality at the time. The rise of rock and the widespread implementation of playback systems, such as the record player in the 1960s, led to a greater control by the authorities. To such an extent that the musical censorship was controlled by two agencies: on the one hand, the Directorate General of Popular Culture and, on the other, the Directorate General of Radio and Television. These supervisory bodies operated between 1960 and 1977 and under the name Gramphonic Texts. They classified content which was not radio worthy, ultimately there was a list of approximately 4000 songs which were never heard by the Spanish public.

The country was increasingly lending itself to what was occurring outside Spain and ever so gradually more and more people viewed with dissatisfaction living life oppressed under the yoke of dictatorship. In an enigmatic manner, an increasingly number of things were censored, reaching tragicomic limits. Everything was intensified with the increasingly patriotic feeling of certain State regions, such as Catalonia and the Basque Country which began to sing in their own language, leaving Spanish aside, a fact which was very unpopular and persecuted by the regime years ago. These young people were among the first to stand up, for examples, persons such as Joan Manuel Serrat. Although these people were folk artists and musicians with autochthonous roots, they obtained success not only in their areas, but also in the rest of the State. Many Catalans travelled to France to come up for air, and enjoy the freedom of the neighbouring country. The great artists, and those who did not bow down to defeat to the Franco regime, had to go into exile in France. During the regime, one had to be either decidedly pro-Franco, or put a spin on it in to evade censorship. Those who could not, those who feared for their lives, or did not want that would leave, a massive draining of talent.

In the mid-70s, and with Franco on his last legs, a vast amount of influences were available to us which until recently were banned, Lou Reed, New York Dolls, English Punk and Argentine rock bands came and blew up the Spanish music scene. For this reason and, above all, with the death of the dictator the so-called urban rock, the Basque radical rock, Spanish punk and the successful movida madrileña (The Madrilenian scene) emerged. With Franco dead and a brand new democracy, young people enjoyed the flurry of an unprecedented freedom, and from there hundreds of bands emerged, artists of all the levels of culture which would not have emerged without the pre-democracy precursors. That time is called “The Transition”, where Spain accelerated from 0 to 100 in just a few years. But that is another story from another time, filled with other players.