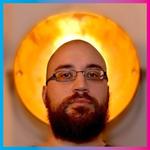 As fans of the great Terry Pratchett’s Discworld and/or English proverbs know, “may you live in interesting times” is an interesting (heh) expression in that it sounds like a blessing, but is actually a curse. See, “interesting” means that all sorts of stuff is happening and there’s turmoil all around, but “uninteresting” is kind of boring, but calm and peaceful. Going by that, my oh my have we been living in interesting times these past few months or what?

Despite the daily hardship, spirits haven’t been dampened and it’s been inspiring seeing folks from all parts of life pulling together to battle back. A prime example has been Music Europe Day this past weekend. The unprecedented digital project was undoubtedly a challenge to organise with just three weeks’ notice, but it successfully brought together 32 up-and-coming artists from quarantined venues, bedrooms and rooftops all over Europe for interviews and concerts, all in defence of the independence and diversity of the European scene. More than 400.000 people tuned into the stream throughout the day, proving that despite relaxed lockdown restrictions in many countries, live music – or its online approximation – is still something irreplaceable that people crave. You can read more about Music Europe Day here.

I moved from Slovenia to the UK about a year ago, and though my first-hand exploration of London’s overwhelming concert scene has been cut short by COVID-19, it’s been interesting comparing the lockdown situation unfold in both countries. Despite the immense differences between the two, it quickly became clear that the issues they’re facing in the new normal are similar, and it’s painfully obvious that this is especially true when it comes to the cultural sector. Artists, venues, promoters and other related professions everywhere have been hit hard by the necessary restrictions, and the future is definitely looking… interesting.

Slovenian indie rockers Koala Voice participated in Music Europe Day with a show from the Kino Šiška Centre for Urban Culture, the country’s foremost concert venue. Despite having to put its programme on hiatus, the venue has also joined the ranks of online streamers, but with an admirable twist of its own – not only are the performing artists paid a fee, viewers can donate directly to the local artists and promoters to support them, and, best of all, those tuning in via Zoom can be featured in the interactive “front row”, with their video call projected onto a screen in front of the performers. As you can imagine, hijinks ensue – just check out the inaugural Matter show. You can read more about the ŠTREAM series here.

Alas, not everything is sunny on the sunny side of the Alps. The newly-established right-wing government has faced criticism that it’s taking advantage of the health crisis to further its own agenda. The cultural sector has spearheaded the opposition, not just through poignant songs and artistic statements, but also by being the driving force behind the weekly cycling protests. In order to avoid violating the restriction on mass gatherings, thousands of disaffected Slovenians have taken to cycling around the capital en masse. Ringing their bells, shouting or banging pots and pans from windows in support, they’ve been raising an incredible din every Friday, proving the importance of solidarity and coming together – even in interesting times.