For once a year, Hamburg’s sinful-mile is taken over by a bus load of rock types, sauntering between bars looking for next best thing. Amidst the drunken revellers, careering around looking for the meaning of life between the cheap bars and strip joints, is a sauntering programme of rock talent offering a totally different type of entertainment.

Across several days, amongst the city’s best venues, is a line-up so big and unweilding, it can be overbearing at times. While Liam Gallagher plays at The Docks, Malian funk act Amadou & Mariam are working up a crowd just down the road – at the same time. What Reeperbahn does really, is that it shines a light on the multitude of fantastic music venues within the city – something only a handful of places can boast. Within a few kilometres, you’ve wandered between headlining venue The Docks, Jazz Cafe, rock centre point Molotov, and for the first time this year, Hamburg’s prestigious Elbephilharmonie – the festival highlight which played host to Owen Pallett & Stargaze.

A heady mixture of international underground and headlining talent compete the crowd’s attention across several days. Newer German talents such as folky Impala Ray, and Nikolaus Wolf, feature on a line up with more established local acts such as Klan, and Oscar and the Wolf. In the centre of the proceedings, a strip of land full of bars, pop-up stages, played central proceedings to the event, full of those looking for the next venue to visit – in the middle of all this, a masked man played saxophone along to freestyled machine-drumming atop a fire truck (ala Junk-e-cat.) While for many it’s a chance to see to see their favourite bands in intimate settings, for others it’s a great opportunity to discover new, and exciting acts, which is exactly what Europavox was there to do. From the newest showstoppers from the UK, to some of Europe’s leading headliner acts there was an abundance on offer. Instead of summarising the whole festival, here are a few key highlights to take away:

Hardly newcomers, this German power-punk outfit have been treading the German floors for several years now. Melancholic, and full of harmony, the all-black wearing rockers sit somewhere between Interpol and Turbonegro, with a tight and fully-powered delivery.

A rock n’roll dreamhaven, with a great mainroom, Skybar, and beer garden. It’s the kind of place that keeps drawing you back, and seemingly has excellent programming outside of the festival as well. Rock chic, and glam galore, with Death from Above, and Love A delivering leading performances across the week, Molotov was easily one of the most attended venues throughout the week

The UK punk-pop outfit are a more Libertines’ modern take of The Slits. Upfront, load and brash, with enough riffs to keep your fists ever-pumping the air, the UK’s dream wife have a gnarly, feminine take on punk-pop spirit, with an rough and heavy sound.

Timetable clashes are inevitable at such events, and sadly I wish I could have caught Pixx. Esoteric and odd, fronted by the enigmatic and charming singer Pixx, the UK electro-indie group have lush melodies and beautiful vocals and should have been on my to-do list.

Band with the most riffs: Millionaire

Belgium’s Tim Vanhamel – former guitarist for Deus – clearly takes his cues from Kyuss, and other such forerunners of the US stoner rock community. Leading a troupe of guitarists, Millionaire rain riffs like the desert itself does not. A set up ear-shattering, desert-rock, with proggy vibes, and ingrained sweat built into every song. No surprise they’ve been touring with Queens of the Stone Age then.

Best group: All them Witches

Tennessee’s psych-rock outfit headlined on Friday night, crusied through riffs, melodies and sturdy guitarmanship. Heavy stuff, done with gusto, and rock flair. They are a band accustomed to playing, not fearing onstage experimentation, and knowing how to use the room’s acoustics to create the ultimate rock n’roll experience.

The UK’s shoe-gaze, rock group are very similar to The Birthday Party, albeit with greater songs – and fronted by the phenomenal Izzy Baxter. Huge stage presence, and a love for the showmanship, Black Honey have the potential for rock royalty. Let’s hope they achieve it. 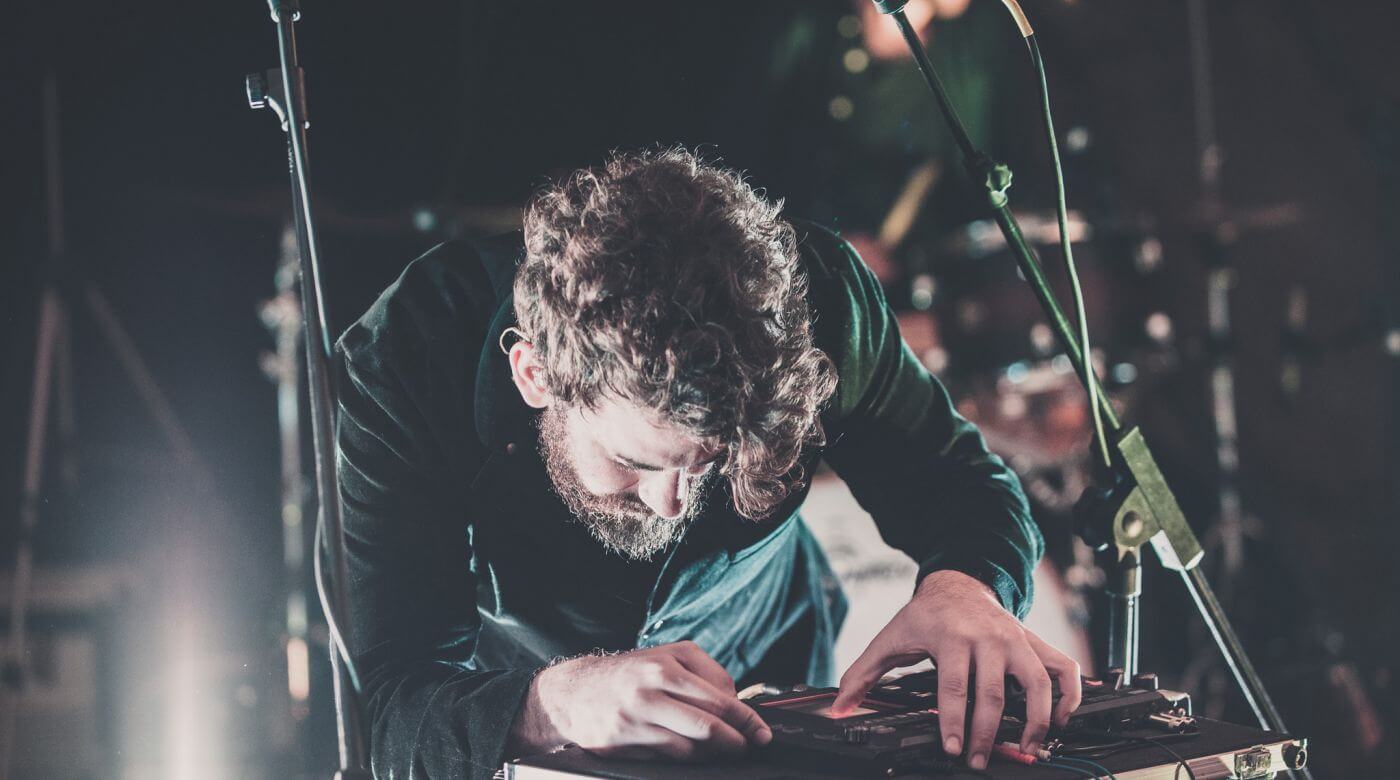 Playing in a cramped, sweaty room just off the Reeperbahn, Greek multi-instrumentalism Theodore, and his gang on key wizards and guitar maestros jammed it out highlighting their ruthless ability to compose atmospherics, with dynamic ingenuity. Harkening in people drifting along the street, and keeping them with their virtuoso performance, Theodore’s command of the (tiny) stage is one that can be rarely challenged.