With Franco’s death, a forty-year dictatorship ended. Four decades that kept Spain with its back to the world, oppressed and living in black and white. But things did not happen overnight. Although some steps had already been taken with the ill dictator, after his death there was an era that would ultimately lead to democracy, an era that was known as La Transicion. Neither the students of the subject agree on the duration that period covered, but we could say that it went from November 1975 until the first general election in June 1977, although many historians defend that La Transicion really lasted until the elections of October 1982 with the victory of the Partido Socialista Obrero Español of Felipe González. 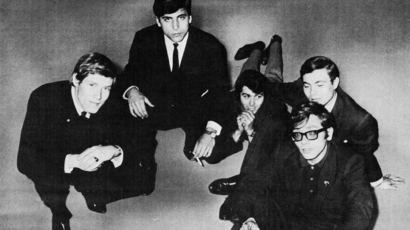 Madrid was was one of the cities that most suffered the oppression of the dictatorship to become the capital. Those who sell us the Transition as something beautiful should remember the 591 deaths from political violence (extreme left and far-right terrorism, dirty war and repression) that happened between 1975 and 1983. Of them, no less than 188 of the murdered fall within what is called political violence of institutional origin. Spain was a sexually repressed country: adultery as a crime was abolished in 1978, the last prisoners for homosexuality were released in early 1979 and the law of divorce was not approved until 1981. Despite this, and maybe because of this, Madrid began to be a hotbed of ideas, a sexual frenzy that unleashed a youth counterculture. A youth that came of age in total freedom. A youth eager to live and enjoy life, but, above all, a youth eager to create. This is how La Movida was born.

Before the move, and especially in the working class neighborhoods of the outskirts of the big cities, there were bands supported by the political opposition, groups of urban or heavy rock like Obús, Topo, Asfalto, Leño or Burning. They were the countermovement to the music that the previous regime had established in society: prefabricated artists, disco and melodic singers. The punk and glam music that came from London and New York were the seeds to La Movida — an open cycle in which everything had its place. 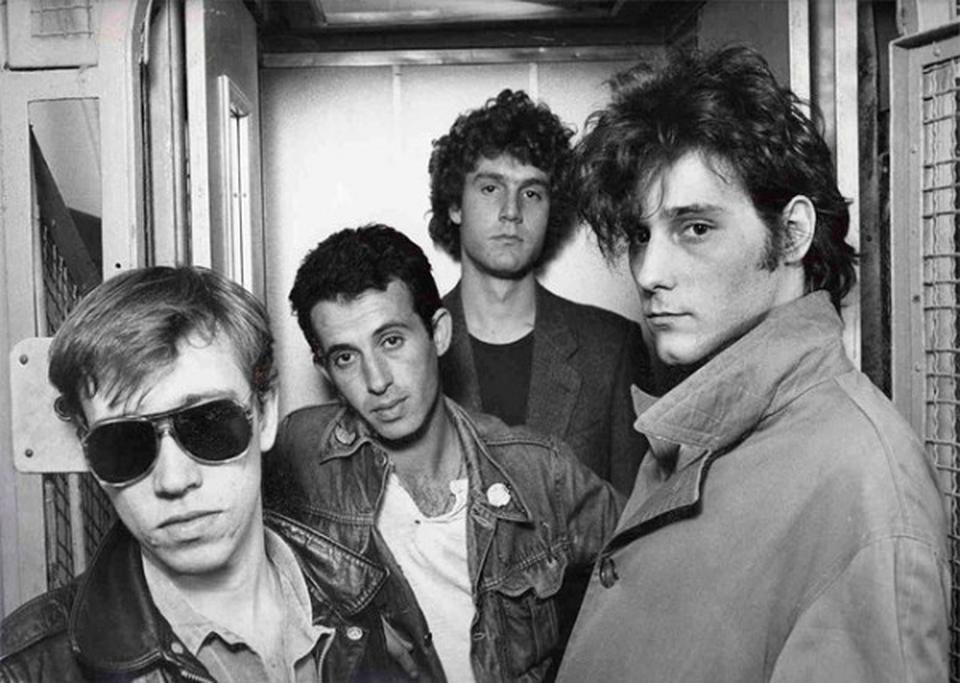 On February 9, 1980 there was a concert tribute to Canito, the drummer of the group Tos, who died in a car accident. 12 groups performed and about 500 people attended. Among the bands that performed that night were Jam, Mamá, Alaska y los Pegamoides, Los Secretos and Nacha Pop. In three months, the twelve bands would come to sign a record contract. If one had to put an exact date to the birth of La Movida, then February 9, 1980 would be the day.

The Malasaña neighborhood was the center of this small universe where artists from all walks of life met and exchanged ideas in freedom. Musicians, filmmakers, painters, designers, photographers and writers spent their nights in local places such as the Pentagrama or the Via Lactea and, above all of them, Rock Ola. A small multifunctional concert hall where poetry was also recited or mythical fashion parades were hosted. World famous designers emerged from it such as Jesús Del Pozo, Ágata Ruiz de la Prada, Adolfo Domínguez, Francis Montesinos or Paco Casado. Another meeting point was the film library and the Griffith cinestudio, becoming the Movida’s cinematographic epicenter. The most representative figure was Pedro Almodóvar, although other notable directors also were involved like Fernando Trueba, Manuel Iborra, Fernando Colomo and Iván Zulueta — the creator of one of the most brilliant films of that period, “Arrebato”. 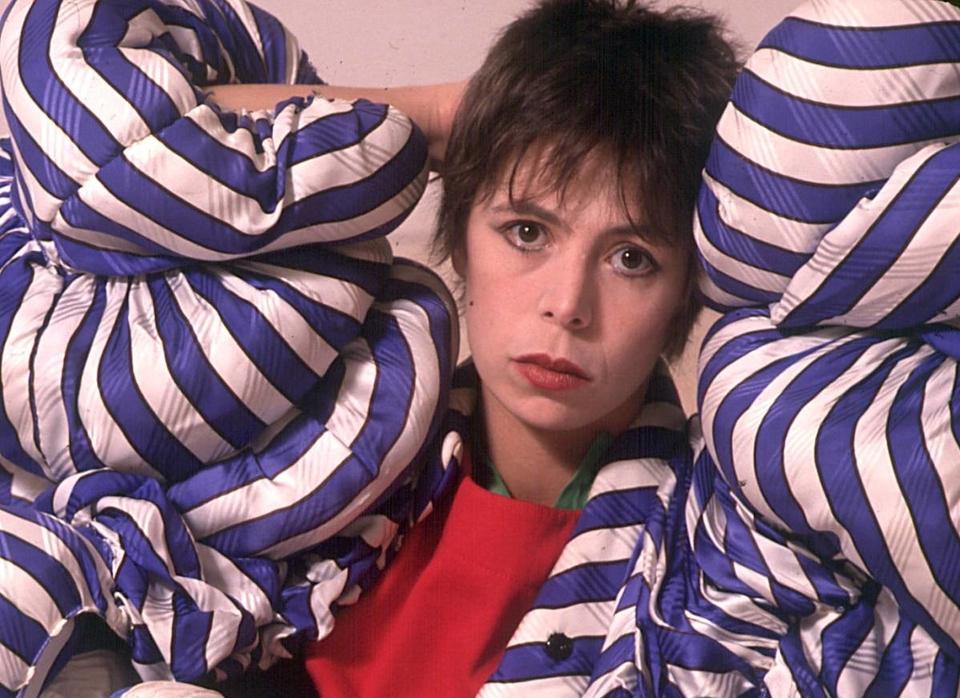 La Movida was becoming visible and went from fanzines such as 96 Lagrimas or El Carajillo Vacilón to serious magazines such as La Luna or Madrid Me Mata. From the clandestine radio programs to being part of the grid of the Radio Nacional de España (Radio 3 and Onda Dos) by the hand of great broadcaster such as Julio Ruiz or Gonzalo Garrido. From DIY-discs made in Parálisis Permanente and the first independent Spanish record label Tres Cipreses to the signing of Alaska y los Pegamoides by Hispavox. Suddenly, La Movida was everywhere and reached the most massive medium… television. 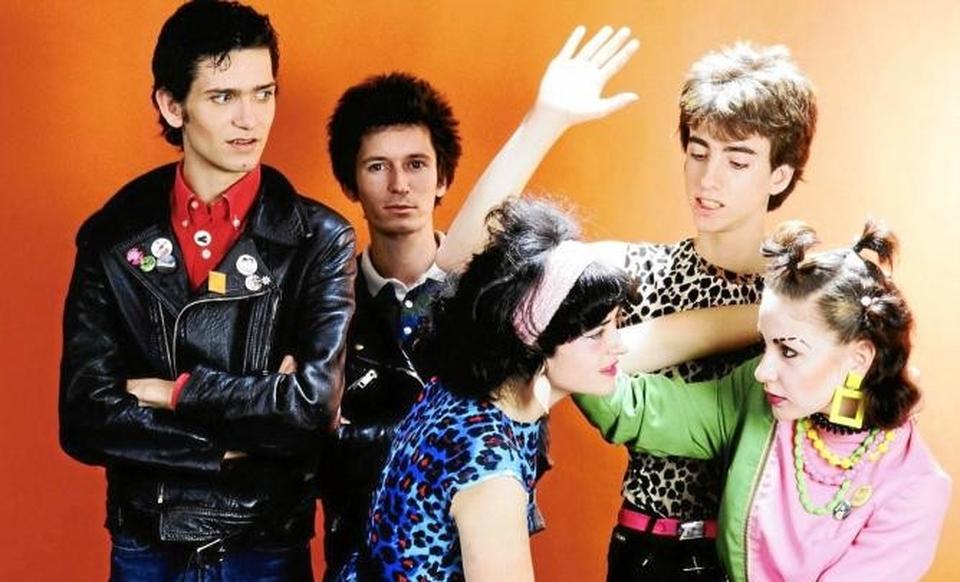 In those days in Spain, there were only two channels and now these were flooded with musical programs with artists of La Movida: Popgrama, Caja De Ritmos, Musical Express, Aplauso, La Edad de Oro or Auamba Buluba. The song “Bailando” of Alaska y Los Pegamoides becomes the first great success of La Movida. The band also influenced the children’s television show “La Bola de Cristal” with the name of one of it’s main characters: Alaska.

an explosion of unique cultural creativity

To give you an idea of how fast everything moved, nothing better than taking a look at Radio Futura’s story. The band rehearsed at their local place in Madrid and they became famous without leaving their own premises — the word went out that there was a group that sounded great. After their first contract, and almost without leaving the stage, they signed to record their first single. That same week, and after being the opening act at Elvis Costello’s Barcelona concert, they called them again, while they were returning to Madrid, and what was going to be a single becomes the recording of their first LP and contract signing. After this, they were forced by the label to tour while playing in playback and to create hundreds of teen fan clubs. The group tried to break the contract but it was impossible. Their song “Enamorado de la moda juvenil” was the new anthem of youth. Everything moved so fast that, as the group separated, three solo projects arose. 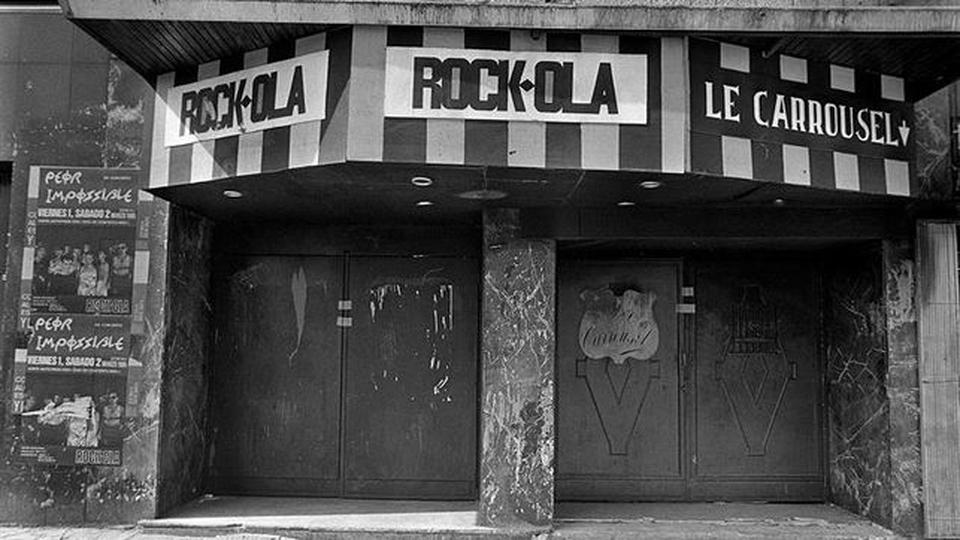 Enrique Tierno Galván arrived at the city hall of Madrid, an old teacher who connected with the young people and becomes the Major of La Movida. The money comes out of the town hall and the artists earn millions. But everything is threatened with the military coup d’etat of February 23, 1981. Antonio Tejero assaults the courts and, for a few hours, puts the state and the newly released democracy in check. After the military uprising was defeated, most young people involved in La Movida enter in a rampant spiral of sex and kamikaze drugs to face the ephemeral nature of it all. The great record labels seek to squeeze the movement and achieve the next success at all costs. They take ownership of La Movida and transform it at their will, returning to empty music and harmless techno pop with bands such Hombres G, Mecano or La Union, trying to live at the expense of the movement. The young people of the movement who survive drugs and AIDS become adults, Rock Ola closes after the death of a young man in a fight. But, from 1977 to 1985, La Movida was like Dadaism in Zurich, Surrealism in Paris or Abstract Expressionism in New York: an explosion of unique cultural creativity.