Backstage: A chat with Moonlight Breakfast 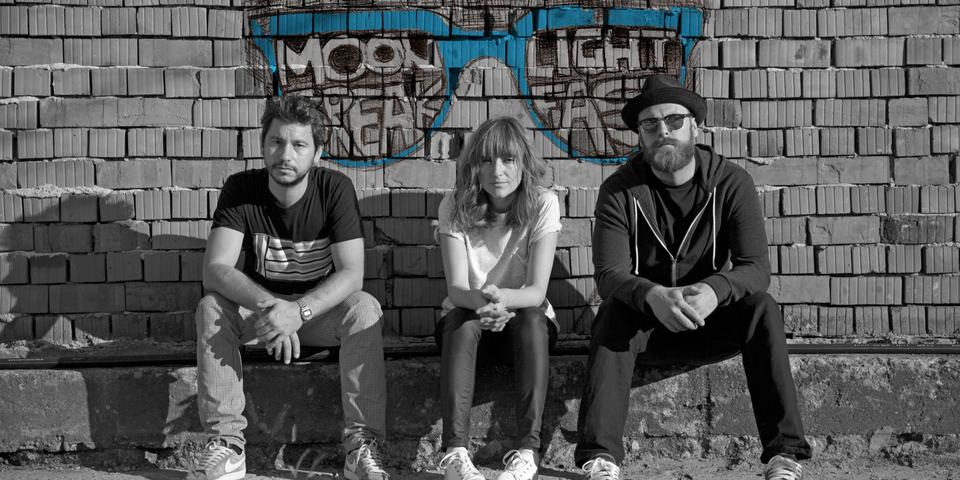 It has been a busy Summer for Moonlight Breakfast with gigs across Europe and some sessions for their album in the pipeline. Speaking to vocalist Christie before their second performance in Clermont-Ferrand, we chat about their vintage video, Bucharest, and plans for their third album.

Welcome to Festival Europavox Christie, is this the band’s first time here? Playing or otherwise?

This is our first time in Clermont-Ferrand. We really like it, it’s nice and we had the opportunity to see a few bands at the pitch sessions a few moments ago and it looks like such a cool line up, we didn’t know where to go next as there is so much to see.

You’re are playing two gigs here at the festival, one on the Factory Stage and an instore show which was earlier isn’t that right?

Yeah, it was nice. We played the Fnac store with our regular setup but you know it was a bit quieter than usual and more bright than we’re used to playing in but the people walking through were nice enough to stick around with us for a while.

Are you looking forward to playing later as well?

Of course! Are you kidding? I can’t wait and we’re really excited. The only thing is that we get to play for 45 minutes and the toughest thing we have to do now because we have two albums, is to decide what to take out. It’s a tough call because I feel the songs are pretty different and you only get a feeling what we are like if you listen to all of them, which would require double that time.

Well, you know there’s so much going on like live gigs in small clubs or these huge festivals now throughout the country. We played one last week called Afterhills with 20.000 people there and we played before John Newman. There’s a lot going on.

How would describe your native Bucharest?

I don’t know. I couldn’t pick one, I just couldn’t. I think that an issue for me because I was just asked to pick my favourite album of all time and I was like “ I can’t do that, I have so many”, so I started talking about some of my favourites. I think Bucharest is a really cool city to visit. Not just Bucharest either, you know there’s a lot of stuff you might find exciting like landscapes and stuff in Romania or cultural events and festivals, stuff like that but you know, it’s my home country.

In terms of your music, you have a new video out for ‘Go Get It’. How did you come up with the idea of the clips?

I guess you can say it’s a new, old video actually. It is actually old footage from the 80’s from a Romanian television show and it was cool when we came across it. We thought “Oh my god, this would be such a cool video for Go Get It” and we had to work a little on it because the BPM was different but it turned out okay when we added some motion graphics to it and tried to make it our own. So it turned out really nice.

What’s next for Moonlight Breakfast?

We are working on our third album, which we would really like it if we didn’t have to wait so long to release it because for the second album, we actually had to wait. We released our first album in 2011, then in 2014 we did a new release for Germany, Austria, and Switzerland with a German label. I mean for phsyical distribution, and of course the worldwide digital distribution.

I can’t say that it’s my favourite part because I love all of it. But I love doing this, I really love being able to perform and we appreciate having this opportunity and we are all really thankful to have these experiences, to meet all these people with different cultures, and be in that moment when they give so much back which is the most important thing for us.