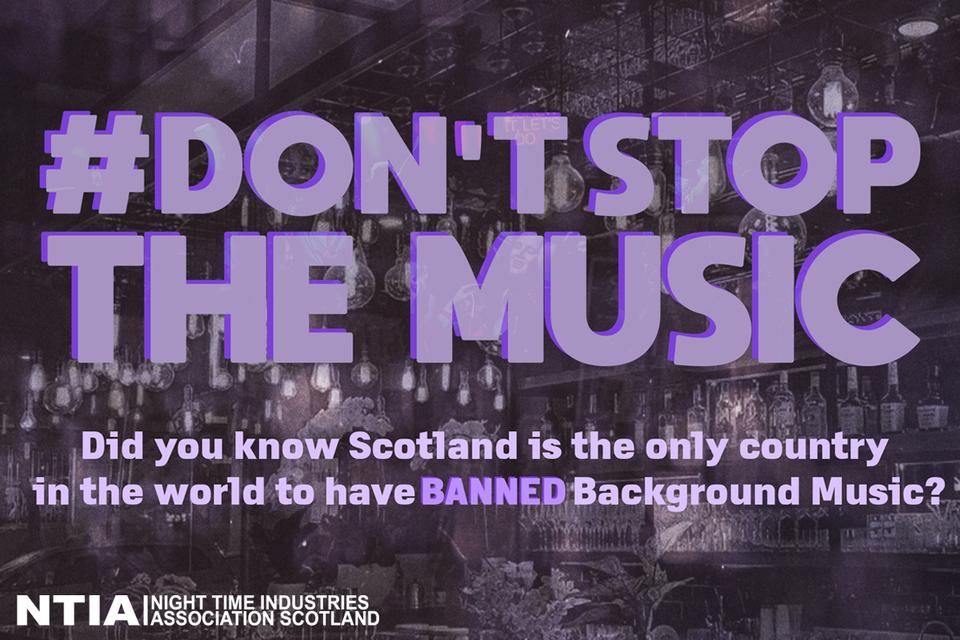 Guidance issued by the Scottish government in mid-August has effectively banned background music in bars and restaurants, as well as requiring that TVs are muted, an order the government says is aimed at preventing customers from leaning closer to staff in order to be heard.

On Monday 28th September, the Night-Time Industries Association Scotland (NTIAS) launched the #DontStopTheMusic campaign to fight for an end to the background music ban. The campaign hopes to raise awareness around the ban by calling on people to share their favourite song of all time along with the #DontStopTheMusic hashtag.

Very few countries globally have seriously considered this option, and the hospitality businesses affected in Scotland are asking for clarity on the reasons behind the ban, which is compounding an already pressurised environment for the night-time economy. Music is central to creating a welcoming environment for customers in already struggling venues right across Scotland and is also vital to mental health and well-being for staff and customers alike.

The Scottish Government’s choice to prohibit background music in such difficult times, the NTIAS say, risks further diminishing the country’s state of well-being and acts as a total block on important expressions of culture and creativity.