What (and how) to eat in Hungary: Balázs Pándi’s recipes 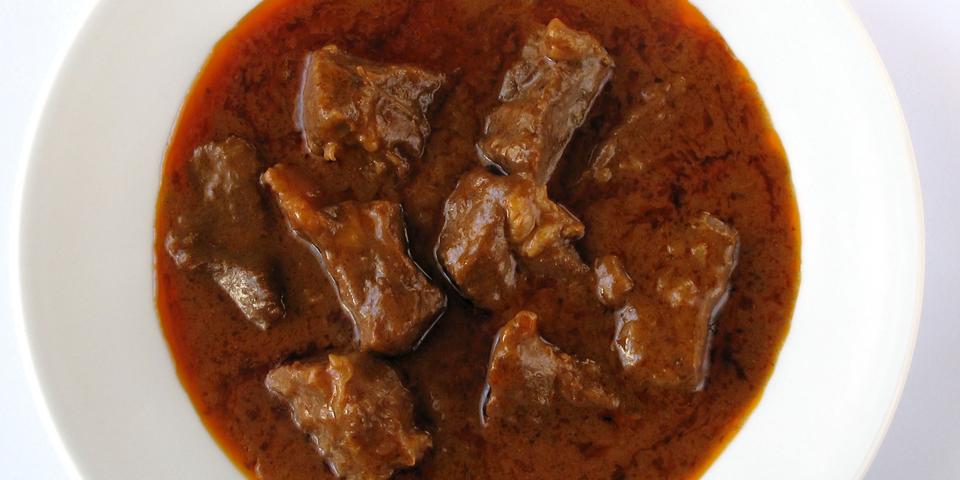 Balázs Pándi, legendary Hungarian drummer, is also a beloved cook for his fellow musicians: let’s have a look at his best recipes.

Balázs Pándi is a versatile Hungarian drummer who has played everything from jazz to avant-metal, from grindcore to radical free improv. He’s toured and/or recorded with Merzbow, Thurston Moore, Colin Edwin (Porcupine Tree), Venetian Snares, Mats Gustafsson, Jason Köhnen (Bong-Ra, The Kilimanjaro Darkjazz Ensemble, etc.), Jamie Saft, Trevor Dunn, Wadada Leo Smith, Attila Csihar, Joe Morris, KK Null, Otto Von Schriach, and more. As well as all that, he’s also been booking acts in Budapest as Fucktothemusic Booking since the late 1990s. He started as a teenager, booking mostly hardcore and punk groups as a truly DIY effort: bands slept in friends’ parents’ empty flats and he cooked for them to save costs. Nowadays he does it more sporadically but still cooks for musicians who are also his friends – and a lot of them are, because he’s a legendary host.

We asked Balázs for some recipes. He approaches cooking as an improvising musician, quoting the example of Sun Ra, who cooked for his Arkestra. His legendary dish was called Moon Stew and according to the book Jazz Cooks (and his bandmate Marshall Allen’s personal memories as told to Balázs), it was made from whatever vegetables looked good at the local market, which meant it was different every time – just like his music. Also, Balázs doesn’t believe in measuring things while cooking, as ingredients behave differently every time. He says if you don’t measure things you may create utter chaos, but when you get something right it’s a much greater accomplishment and source of pride than when you follow directions. 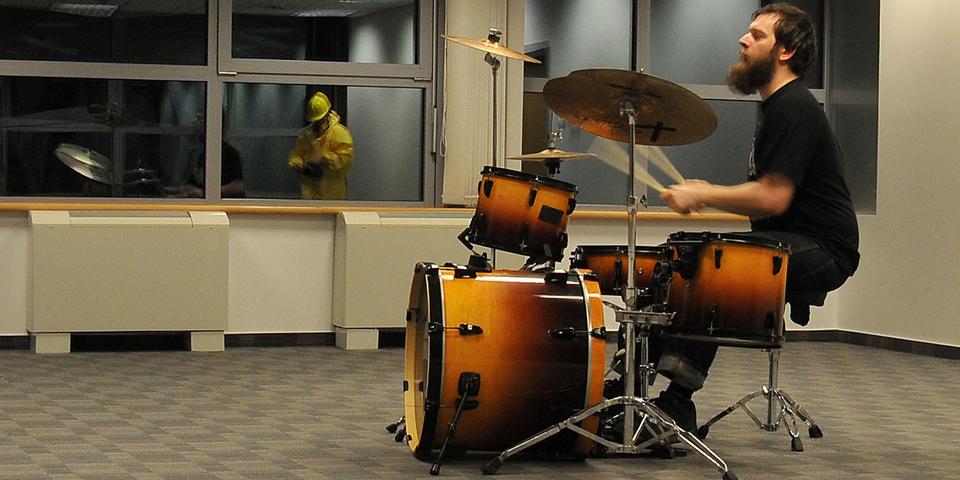 A typical Hungarian food is pörkölt, which is a stew with beef or pork. According to Balázs, all experts agree that the best pörkölt is made of beef shank. He is a follower of the “no water” school, meaning he uses only the juices of the meat. And another principle: he’s trying to make the simplest (“barbaric”) foods, meaning “pörkölt should taste like pörkölt, it shouldn’t be a baroque shit with a pinch of this and a pinch of that”.

Balázs uses thick-bottomed vessel for pörkölt (or you can cook it on an open fire in a cauldron). He braises onions on oil and roasts the diced shanks. Now comes the tricky part: you have to add red paprika powder very carefully, so that it doesn’t burn and become bitter. This is something Hungarians insist you should “feel” – anyway, you will get better with time. The amount of paprika is good when the color is right; also something to feel, or you can check online for reference. Then you just let it cook for about 5 hours on low heat. Balázs said he made his best pörkölt just recently, for Scott Kelly (of Neurosis). (Useful tip: if you ever happen to cook for Scott Kelly, you should know he’s a big fan of cinnamon and allergic to tomatoes.)

It doesn’t get cheaper than this, which is important for an underground musician. Balázs lived in Italy for a while (he played as a live musician with Zu, though made no recordings with them), and sometimes a lunch for under €1 was the key to survival. Also, spaghetti aglio e olio is delicious, though it can get tiresome if you eat nothing else.

There are lots of variations but the one Balázs learned in Rome is the following: cook minced garlic in olive oil on very low heat until it’s golden brown. Throw in two or three peperoncinos. Add the spaghetti al dente (slightly undercooked: substract one minute from the cooking time you find on the package) and stir together for a minute. According to traditionalists, you mustn’t add cheese, but of course you don’t have to be that strict.

According to the extensive research of Balázs Pándi, the best food for a touring musician can be found in Italy. There are multiple reasons for this. It’s uncool if an Italian can’t cook. There’s an element of regional pride and competition (like “oh, those, they can’t even make a proper arrabiata!”). Also, in underground circles, there are economic reasons. Maybe a show would make loss in a small DIY club (or a basement) with a normal admission price; but if slightly pricier tickets include a dinner and drinks, organisers may make some money on the latter, and what’s more, they’ll have a nice communal event.

This is not a recipe, but rather a point on which reminisce on earlier times. In the late 1990s when Balázs began booking punk and hardcore bands, most of the musicians were vegan. Therefore his basic meal was a simple soy stew that Hungarian musicians called “hell’s brew”. It was basically soy cubes cooked in water and Vegeta (a condiment with salt and flavour enhancers, sold in a few countries including Hungary), with some pepper and tomato added.

One musician, the drummer Alan Cage (ex-Quicksand), who played with New Idea Society at that time, swore this soy stew was the best meal he ever had. He didn’t just want to compliment Balázs: as he later learned, on all later stops of their tour, when the food was shitty, he sighed: “I want to go back to Balázs in Budapest”.