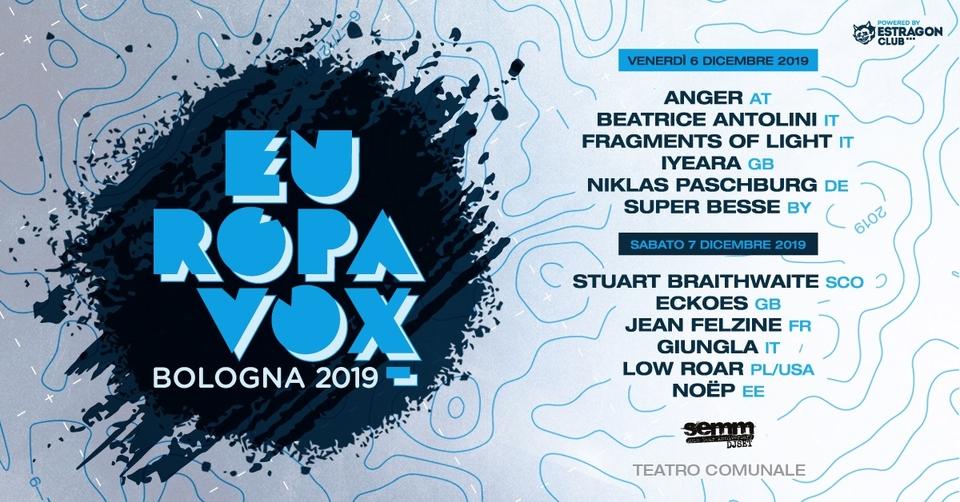 Europavox last festival of the year 2019 is around the corner! Twelve artists from no less than nine different countries will be performing in the sumptuous venue Teatro Communale, in Bologna, on December 6th and 7th.

Playlists
Playlist! Neon lighting
When you browse on this site, cookies and other technologies collect data to enhance your experience and personalize the content and advertising you see. Visit our Privacy Policy (updated 5/25/18) and Consent Tool to learn more, and make choices about the data used by us and our partners on the site. By clicking "Accept" or by continuing to use the site, you agree to this use of cookies and data.
En savoir plus ou s'opposer