by Maro Angelopoulou
(c) Ben Houdjik
Artists in this post

A celebration of Europe’s vibrant and diverse music scene! 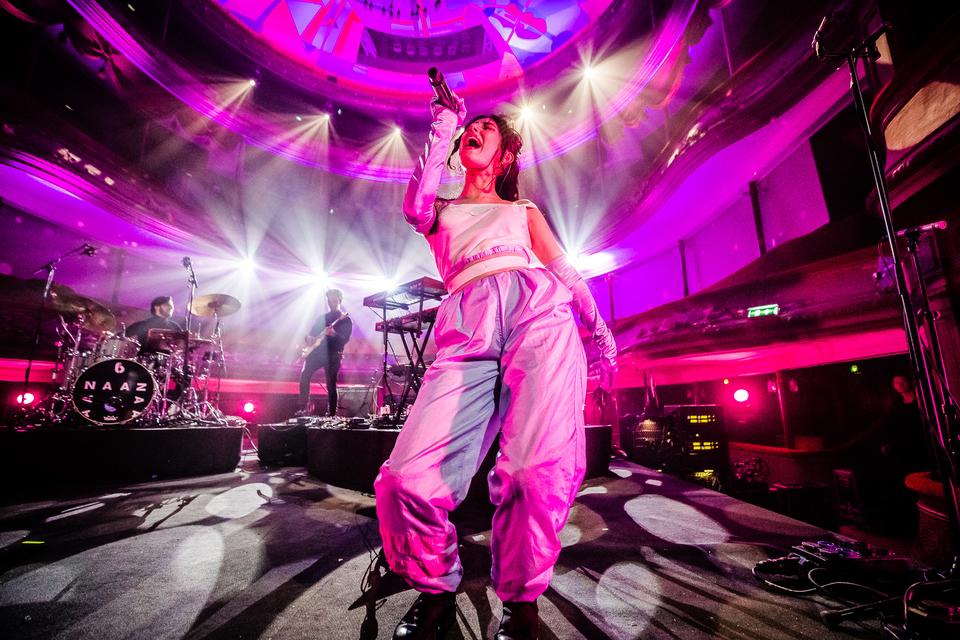 Urban pop artist NAAZ (NL) had the bigger night with the Jury and the People’s Choice Award. Bedroom pop girl in red (NO) and avantgarde trip hop outfit 5K HD (AT) were also among the eight winners at the second annual MMETA Awards.

The European Union Prize for popular and contemporary music celebrates emerging artists and aims to put a spotlight on upcoming young music talents and support their international careers. As Robert Meijerink, Chairman of the Jury, said: “I know there are lots of European artists out there who are more than ready to make it big. It’s very important to recognize this talent and help them to make it happen”. The previous year, winners such as Rosalía from Spain, who is since enjoying a meteoric rise, and Finland’s indie-pop artist Lxandra took home awards at the Inaugural edition of the awards show. 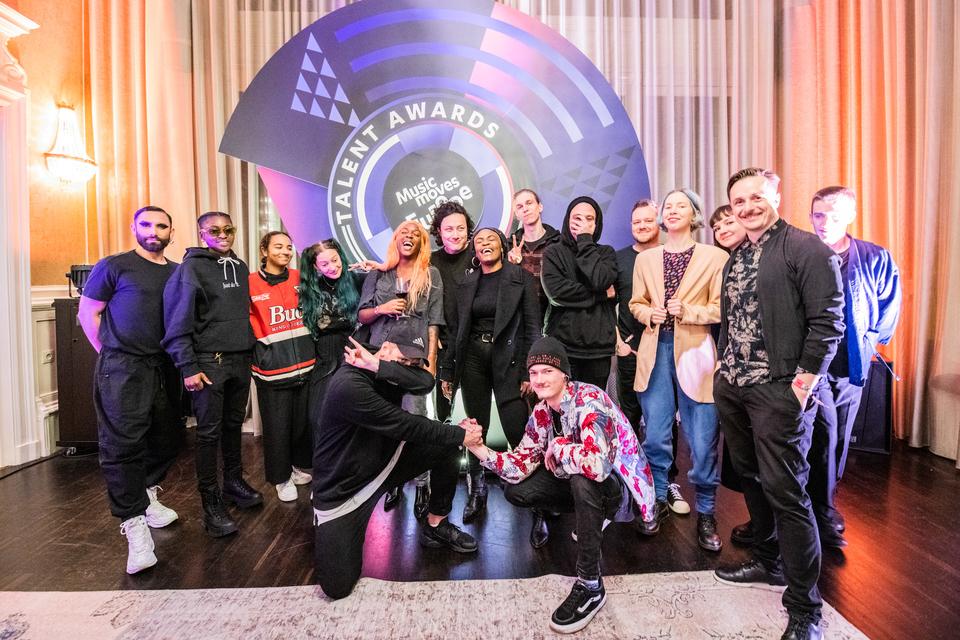 Music Moves Europe also launched a chart with a ranking based on streaming data and EU radio airplay. Airplay information was based on 61 public EBU stations from 41 European countries, measured by Radiomonitor. Nominees were selected through monitoring the Music Moves Europe Talent Charts (combining airplay and streaming figures), results from the European Talent Exchange Programme (ETEP) and recommendations from European music representatives. 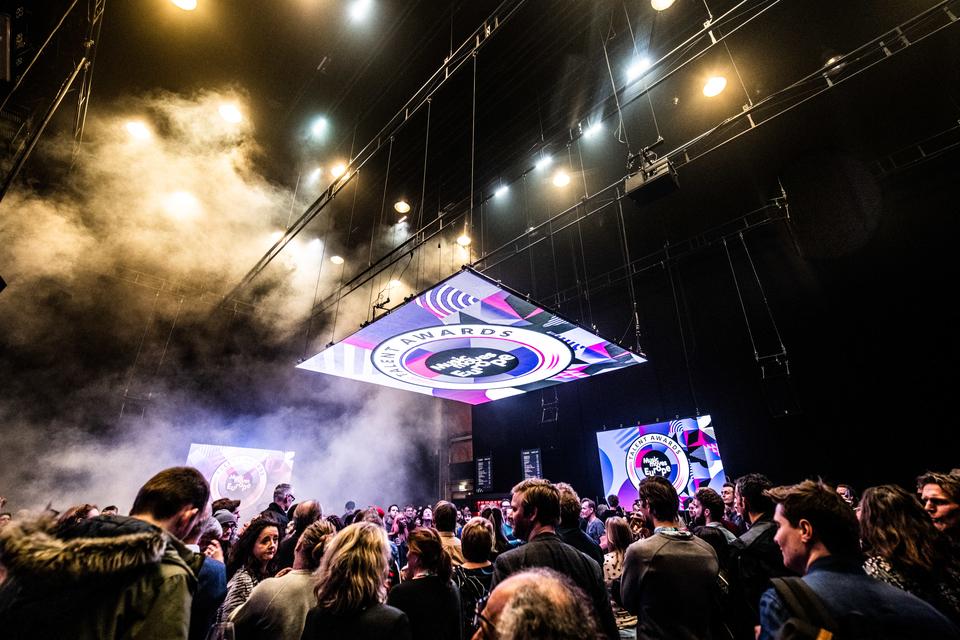 All winners were revealed during a lively award ceremony which was held on Friday, January 17, in the Stadsschouwburg of Groningen, in the Netherlands, and hosted by the super-glamorous Austrian singer Tom Neuwirth aka Conchita Wurst. Following the festive celebration, the public had the opportunity to enjoy these new talents perform live at ESNS showcase programme. Each one of the winners received a prize package worth €10,000 (funded in part from a Creative Europe Program of the European Union grant) that will help them reach new markets, develop their skills and further promote their international career. The award is split into two parts, both essential for any artist’s expansion: Touring & Promotional support (€7,500) and Business training (€2,500) — provided by partners from the music industry: the live sector (Liveurope, Yourope and Live DMA), the recording industry (IMPALA and Digital Music Europe), the International Music Managers Forum (IMMF) and co-organisers of the awards Reeperbahn Festival and ESNS. In addition, the European Music Exporters Exchange (EMEE) helps winners navigate through this list of tailored services. And the benefits don’t stop there; music fans across Europe had the opportunity to vote for their favourite artist, who received the Public Choice Award of €5,000 and a filmed live music session at the Deezer Studios in Paris.

NAAZ (NL): Aside from being one of the eight artists chosen by the jury, the 21-year old Dutch singer with Kurdish roots scored a second win as she also picked up the Public Choice Award for 2020. Following the MEETA 2020 ceremony, in which she highlighted the importance of this EU prize, “because it goes straight to the artists”, Naaz took the stage of Stadsschouwburg. With the first notes of “Do You?”, it was already evident why she won: her MGMT-like quirkpop, her sprightly personality and her onstage theatrical performance proves her as an artist on the cusp of well-earned widespread acclaim. Her latest EP, The Beautiful Struggle, is a stunning and sophisticated collection of enthralling pop music, showing off the endless potential of this young pop star.

Girl in red (NO): Already a queer icon, a diverse and forward-thinking personality, Marie Ulven is the exact (anti-)pop star our modern times call out for. Marie’s moniker, Girl in red, may owe much to YouTube algorithms for building a strong fanbase of currently more than 400,000 listeners. She may even follow in the footsteps of a small and yet powerful line of successful queer artists like St. Vincent and Christine and the Queens, but one thing’s for certain: her dreamy, outspoken bedroom pop stand on its own merits. Through her, and especially following her second EP, Chapter 2 (2019), bedroom pop officially becomes the voice of the new teenage generation: emotional, inspiring, troubled and fun at the same time.

MEDUZA (IT): 2019 was a huge year for the Milan-based dance house trio of Matt Madwill, Simon de Jano and Luke Degree; they saw their debut song “Piece of Your Heart” reaching No. 2 in the UK Singles Chart upon its release via Virgin Records (and also topping the US Dance charts). Their success is mainly based on their radio-friendly approach of house music: catchy tunes, rolling bass lines, melodic mixes and smooth vocals. Needless to say, their ESNS performance at the fully packed Huize Maas venue, right after the Awards, made the audience sweat. No wonder Meduza’s debut album, expected sometime later in 2020, is much anticipated amongst the cognoscenti of the international club scene.

Anna Leone (SE): The 22-year old Swedish artist is heavily inspired by Bon Iver and Laura Marling amongst other renowned folk artists and she is not afraid to leave her own print on the genre by shifting between Lana Del Ray-like smooth vocals, soulful guitar chords and uplifting chorus verses. Her debut EP, Wandered Away (2018), was produced by the Grammy-nominated Bryan Wilson (Florence & The Machine, Arctic Monkeys, Wolfe Alice) and released through the Paris-based label Half Awake. Open-hearted emotions and poetic vulnerability serve as a perfect landscape for her to showcase her simple, delicate and yet diverse songwriting talent. 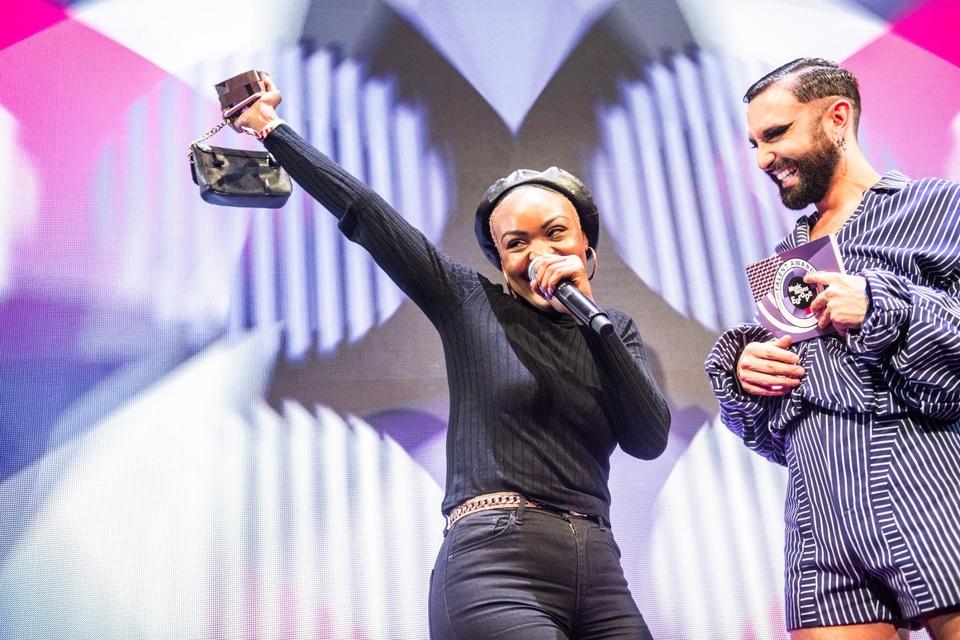 Pongo (PT): Blending music styles is considered a trend these days, and listening to Pongo from Lisbon, Portugal, feels like a seminar on “how-to-do-it”. Of course, she makes it seem effortless. Take for example her music themes: in her debut single “Tambulaya”, she draws inspiration by how her uncle and aunt fell in love on the dance floors of Angola, in the middle of harsh civil war times. How can someone beat that? Pongo sings in Portuguese, juggling EDM, bass music, drum rhythms, pop and her African cultural roots, evoking along with her crystal voice an alternate European club music universe. Her latest album, Baia (2019), is a testament to her powerful skills.

Harmed (HU): The metalcore band from Budapest consists of Levente Spicze (vocals), Balazs Keresztesi (guitars), Gabor Toth (guitars), and Mihaly Zsakai (drums). Harmed takes this unlit and menacing musical style to a different level, showing their passion for experimentation in a genre that is very welcome. The band pits extravagant lyrics against ominous pauses, noise rock against doom, and post-rock against metalcore, creating vividly dark visions that grasp and cast the listener into a blackened space, in which, surprisingly, light is finally shed.  Whoever attended their ESNS gig in Mutua Fides venue probably is still shaken up. Check out their first EP, From Day One, and their latest single, “Jester”. This band is an open invitation for whiplash.

5K HD (AT): They are not called “supergroup” for nothing: the band consists of the jazz outfit Kompost 3 (Martin Eberle, Benny Omerzell, Andreas Lettner, Manu Mayr) and singer Mira Lu Kovacs (of Schmieds Puls). When they perform together, they glow, they sparkle and they mold with colourful shade a world of progressive jazz, sound experimentation and bubblegum pop. The result is somehow organic, a sonic amalgam of melodrama and dreaminess, similar to Moderat and Four Tet, tripped-out and delightful. This weird magnetism is perfectly captured in their songs — check for example their latest album, High Performer (2019). And keep in mind that it is nothing complex though; the band’s style remains totally accessible and aesthetically direct.

Flohio (UK): The rapper and songwriter from South London is currently considered the hottest grime artist and UK rap’s majestic voice. Funmi Ohio, as her true name goes, blends her British identity and Nigerian roots and creates frenetic flows with her staggering staccato attitude and industrial trap sound. In her Wild Yout debut EP, Flohio is genre-defying, she spits and raps and raves with conscious boldness and absolute freshness and pulls in references from anything that matches her flow. The single “WAY2” follows on from hers and Nao’s 2019 collaboration, as well as from her teaming up with The Streets’ Mike Skinner. Her performance at Grand Theatre’s Main stage on Friday, Jan. 17, was one of this year’s ESNS most impressive shows. The hype is justified.