Protect live music and nightlife by voting in the European elections 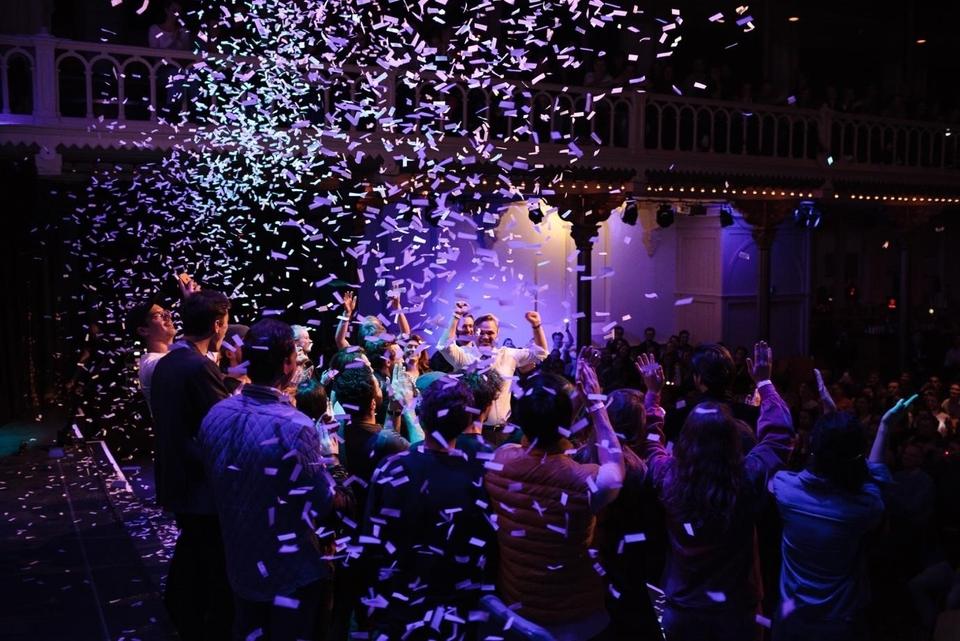 The European elections are the perfect opportunity to learn more about MEP’s and grassroots organisations working to protect and retain Europe’s cultural activities.

Campaigns like our La Tournée Europavox 2019, Are We Europe’s #provethemwrong, and Culture Action Europe’s #actforculture inspire new waves of culturally-engaged voters across Europe. Initiatives and organisations such as the Creative Footprint Project, 24H Brussels, and Live DMA highlight how and why European citizens need to mobilise for nightlife and live music. Such political participation is especially vital for supporting creative labour throughout Europe.

As a US citizen living in Europe, I’ve found it amazing how much Europe invests in culture across most industries. During my MA Arts and Society studies at Utrecht University, I wrote a thesis on the precarity of creative labour and compared conditions of the audiovisual sector in the US to Europe. In addition to conducting contextual research, I interviewed organisations and companies in the Netherlands, Sweden, Portugal, the United Kingdom, Denmark, Belgium, Germany, France, and the United States.

When speaking with respondents, the situation for creative labour in the United States greatly varies from Europe. It should come as no surprise that, in general, Europe provides more support to the audiovisual sector (which includes music). Since everything is more privatised in the United States, many respondents need to invest their own money into creative endeavours. Without needing to answer to public funding bodies, the one clear benefit of the model in the United States is that creatives have complete control of their content.

However, Europe has a lot more safety nets for workers in general. Without external pressures like worrying about health insurance or needing to work additional jobs to build personal capital for creative projects, the European creative labour market allows for a more balanced life. As found in my research, threatening this support is a global push to make culture more privatised. The cultural and creative sector needs stronger voices at the European level to combat such forces.

It’s important to address the topic of creative labour within the context of live music, especially since many venues and festivals rely on European funding to operate. Employing creative workers, music venues and events define neighbourhoods, attract creative individuals from all over the world, and contribute to well-functioning night time economies throughout Europe. As a new political topic, at both a local and European level, the protection of nightlife directly relates to live music.

Ahead of this year’s European elections, there’s an active push to inspire more young voters. Mentioned above, this article focuses on campaigns relevant to those connected to the cultural and creative sector (including nightlife and live music). Looking back on 2014’s parliamentary elections, which saw the lowest turnout in history (according to Culture Action Europe), it’s clear more political engagement is necessary.

With our La Tournée Europavox (Europavox Tour), which took place from 2-11 May 2019, we worked to inspire culturally-inclined young voters. Collaborating with the European Parliament liaison office in France and the French representation of the European Commission, we brought musicians from Belgium, France, Portugal, and Greece (Juicy, Kazy Lambist, Lord Esperanza, Pongo, and Stella), stand-up comedy, and debates to local venues in seven French cities.

Another campaign geared to young voters, and strongly tied to music, culture, and nightlife is Are We Europe’s #provethemwrong campaign. Although predominantly active in the Netherlands, the open-source initiative was made available to anyone wishing to participate. With partners like Paradiso in Amsterdam and TivoliVredenburg in Utrecht (featured in our Welcome to Utrecht article), #provethemwrong brought politics to live music venues, and encouraged culturally-driven individuals to become engaged with the European Elections. 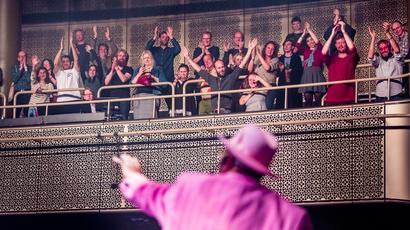 Since each of the above initiatives is connected to live music and culture, it’s worth diving into how the night time economy impacts European citizens. With organisations like the

Inspiring nightlife-specific government roles and organisations in cities like London, Paris, Budapest, Vilnius, Madrid, Prague, and Brussels, the former Night Mayor of Amsterdam, Mirik Milan (previously profiled by Derek Robertson), and Berlin Clubcommissioner Lutz Leichsenring run the Creative Footprint Project through night time consultancy agency, VibeLab. With this initiative, Mirik and Lutz work with researchers in cities around the world to measure the impact of nightlife. As a result of such efforts, they’re able to share best practices with politicians, city leaders, and venue owners, among other stakeholders. 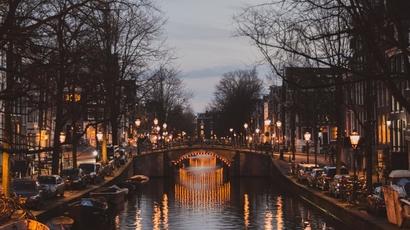 Features
When The Sun Goes Down: Amsterdam’s Former Night... 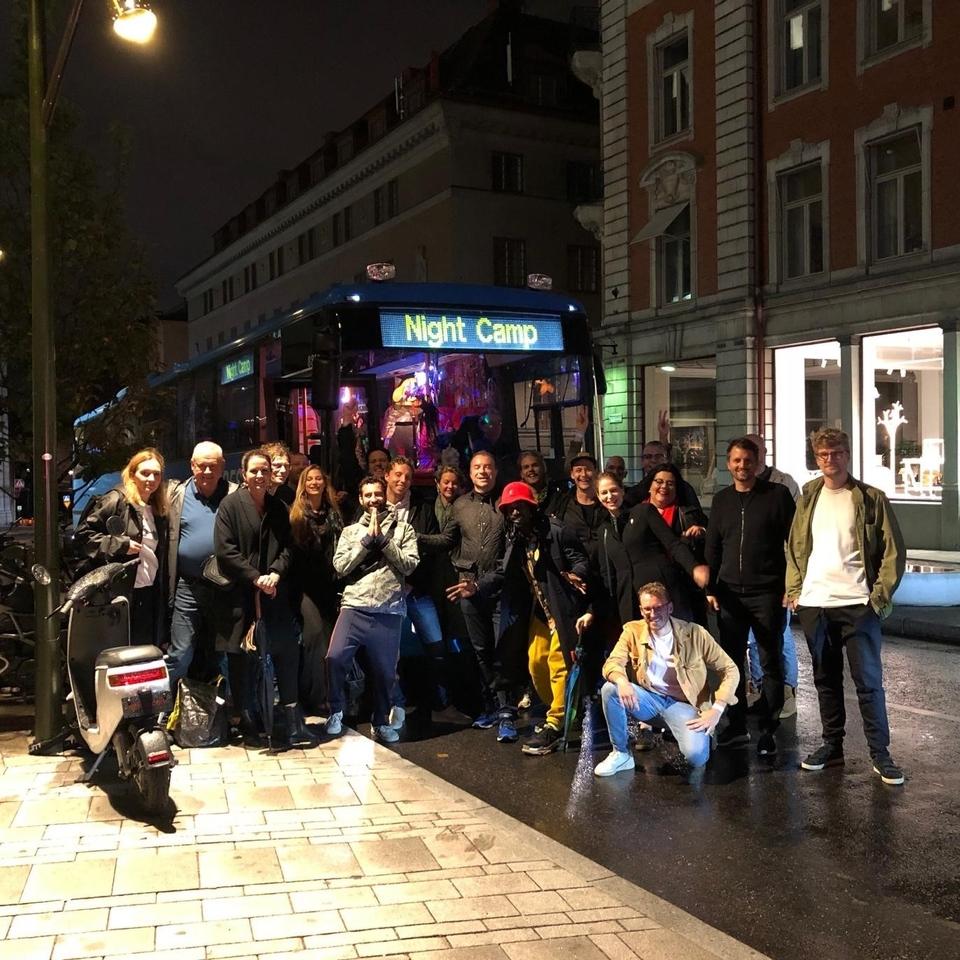 In an effort to support these topics, Mirik and Lutz enable venue owners to engage with politicians and encourage bottom-up collective organisations and movements. A recent group to receive inspiration from Mirik and Lutz’s work is 24H Brussels. Launched in September 2018, the core team, Nicolas Hemeleers, Bram Smeyers, and several others consulted with the Berlin Clubcommission and Paris’ Conseil de la Nuit before engaging their bottom-up approach.

Handling citizen-focused topics like health and noise related issues, and the economic and environmental and environmental impact of a well-functioning night time economy, 24H Brussels advocates for issues like non-discrimination policies, proper treatment of workers, and how to control sound emissions and foster respectful customers.

Leading up to the European elections, 24H Brussels hosted a Mind the Night Summit on 15 May 2019. Incorporating regional candidates, the debate explored topics like how to find a balance between housing and nightlife, tools for promoting the night in Brussels (nationally and internationally), addressing the need for other night time activities (including cultural and sports-related programming), and better supporting new establishments. 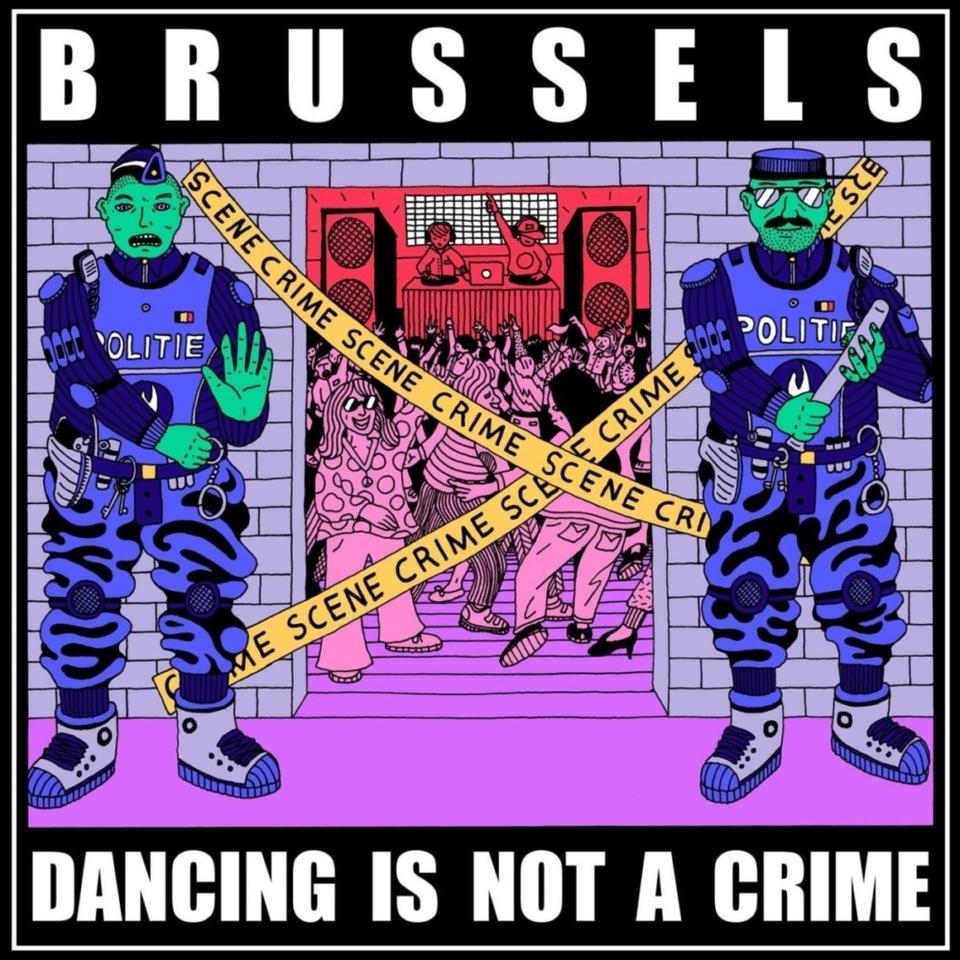 Although 24H Brussels is a local initiative, it touches upon values shared across Europe. Keeping the discussion to a European-wide focus, Nicolas Hemeleers comments on how he’d like to see more organisations lobbying for the interests of nightlife, which includes live music venues.

“It is interesting to see that many European cities are facing the same challenges when it comes to nightlife management. We need to learn from each other to improve the situation. That calls for the creation of a European network of night ambassadors.”

While not a nightlife lobbying agency, Live DMA works to keep culture and music at the forefront of European Policy. Representing 3,000 live music venues, clubs, and festivals, Live DMA is linked to the Berlin Clubcommission (through LiveKomm). To raise awareness of the impact of culture in Europe, Live DMA released a document titled “Amplifying the Added Value of Live Music Scenes for Europe.” Among the many topics addressed in the report, Live DMA stresses how live venues engage workers, volunteers, and audiences.

Focusing on core topics like inclusion, diversity, urban development policies, and mobility, Live DMA addresses the concerns of individuals who live and work in areas with an active nightlife scene. To achieve a sustainable, well-functioning sector, the document provides suggestions on how newly elected members of the European Parliament can develop cohesive initiatives benefiting live music venues, clubs, and festivals.

“There are plenty of venues in France that have the merit of pushing groups to go beyond the end of their own nose. (…) We now play almost everywhere in France and we start playing regularly internationally”, says Johnny Mafia.

As a collective voice, Live DMA aims to promote the general interest of the live music sector in relation to European values and cultural rights. Ultimately, the organisation is pushing for fair legislation to support a thriving, diverse live music scene and night time economy across Europe. By addressing urban development, gentrification, increasing business rates, noise complaints, and an overall lack of recognition of the value live music provides, Live DMA is advocating for live music on a European level.

Leading up to its recent European Election-focused efforts, Live DMA conducted a survey titled “The Facts & Figures of Music Venues in Europe.” As an ongoing initiative, they coordinate the Open Club Day, introduced during the 2018 NIGHTS conference in Brussels, and conduct working groups on topics such as “Local Authorities Relationships,” “Audience Diversity,” and “Music is Not Noise.”

“Live DMA wants to create awareness on the huge impact on society music venues, clubs and festivals have. Live DMA’s vision is that decision makers, the whole scene, and the broad public see the role that clubs and festivals play in the whole ecosystem,” says Isabelle Von Walterkirchen, co-president of Live DMA

As illustrated throughout this article, the outcome of the upcoming European elections impacts live music, nightlife, and the creative labour market. It’s a crucial moment for increased cultural representation in the European Parliament. This is especially true as cities throughout Europe face increased external pressures like gentrification and rapid development, and the global political agenda pushes to privatise culture. With so much at stake, it’s important to get out and vote.