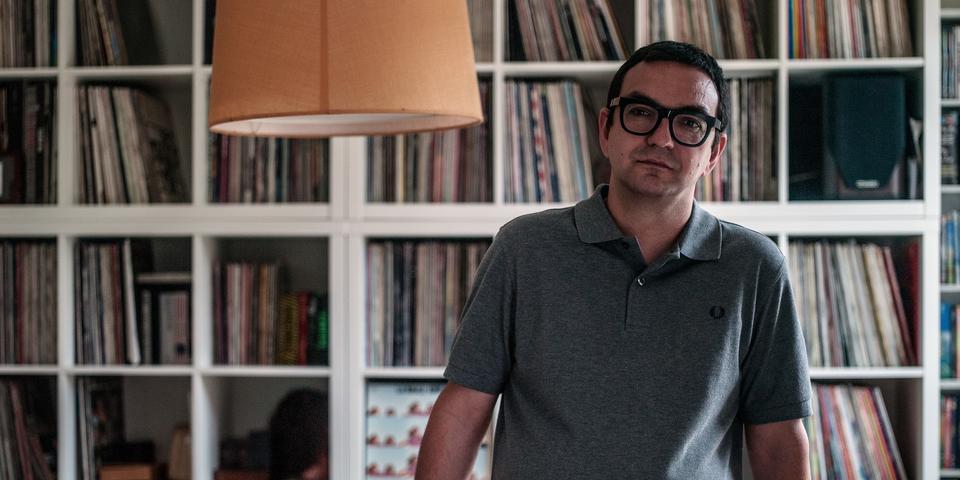 BCore Disc remains one of the most important hallmarks of the Spanish independent music scene: let’s talk with its founder Jordi Llansamà.

BCore Disc is one of the most important hallmarks of the Spanish independent music scene. Officially founded in 1990 by Jordi Llansamà and influenced by the North American punk and hardcore scene of the 1980s, it has made “Do it yourself!” its rallying cry. During its more than 27 years of activity, the label has focused on indie rock and other Barcelonan underground music, working entirely independently, regardless of the fads of the moment. Its adaptability and integrity have earned the label countless devotees all over the world.

The record label’s main activity has always been discovering interesting local bands who, due to their creativity and quality, end up having an impact on the international scene – for example, Aina, Delorean, Tokyo Sex Destruction, Standstill or The Unfinished Sympathy. It’s no surprise that most of these bands released their albums in countries such as Germany, France, the United States or Japan, and have toured all over the world.

BCore has also worked with globally renowned groups such as June of 44, The Dismemberment Plan, Fireside, Starmarket, Kepone, NRA and Juno, publishing and releasing certain records in their catalogue. As a concert promoter, the label was responsible for bringing the then unknown Green Day to Barcelona for the first time, as well as At the Drive-In, June of 44, Karate, Samiam, Promise Ring, Les Savy Fav, and a long list of others.

Today, the label is publishing bands with extremely positive feedback in Europe, such as Betunizer, Penny Cocks, Jupiter Lion, Anímic, No More Lies, The Bite, Rippers, Bullitt and Cuello, as well as bands that sing in Spanish and Catalan and thus have a major presence on the domestic market, such as Joan Colomo, The New Raemon, Nueva Vulcano… 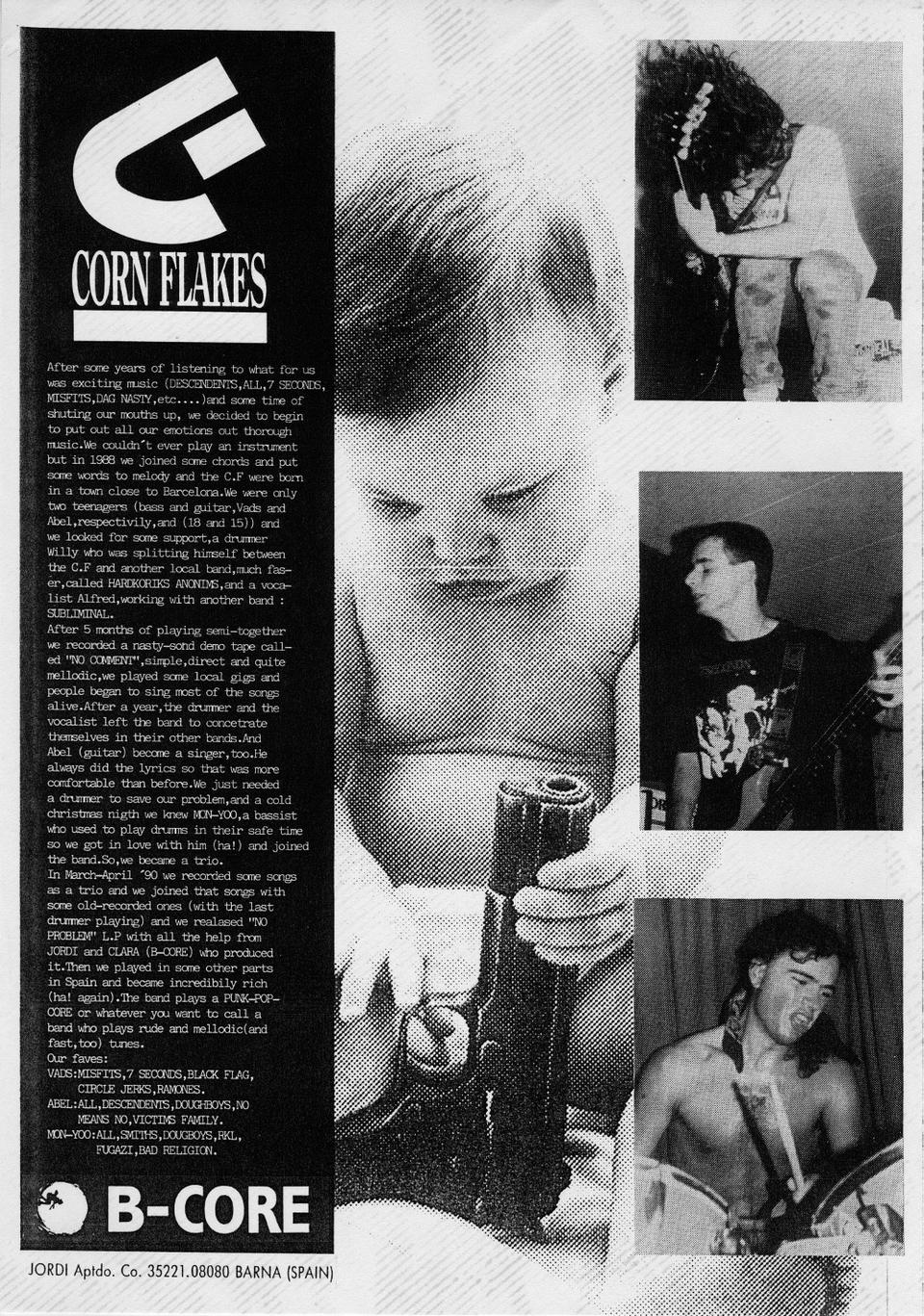 Tell us how you go from making T-shirts and fanzines to establishing a record label?
Jordi Llansamà : Well, as regards the T-shirts and fanzines, that’s easy to answer as a fan – it was the style of music that I liked and that’s where the Corn Flakes release came from. It was a group that I liked after listening to their first demo, and I wanted to help them. I was working as a designer and had the money to press the record, so instead of a demo and T-shirts, we made the record. We commissioned PDI, a small record label, given that at that time we did not know how to record an album or put it out. PDI performed the service, we paid them and then manually distributed the records, swapping them around, with almost no store sales, basically just among friends and at concerts.
The record company came later, when first one group wrote to me, then another, requesting that I edit and release things. Before you know it, you have three or four records, and 26 years later you have over 300. Corn Flakes was the first record released and that’s why the beginnings of BCore date back to 1990, but we have already been doing other things since 1987.

What do you have planned right now, what are you working on?
Lots of things. With the Internet being a pain in the neck and sales dropping, the rules of the game have changed significantly. We’ve returned to the beginning, to when I first started. Now people listen to music digitally and the demand for physical releases is lower, so we’ve returned to short print runs of 500 copies, for very particular individuals who want to have the record in hand. We take care of the distribution ourselves, sending the product to the stores. There are approximately 20-25 suitable stores, making it easy to oversee – stores specialising in vinyl, the CD is exclusive to major chains such as Fnac. 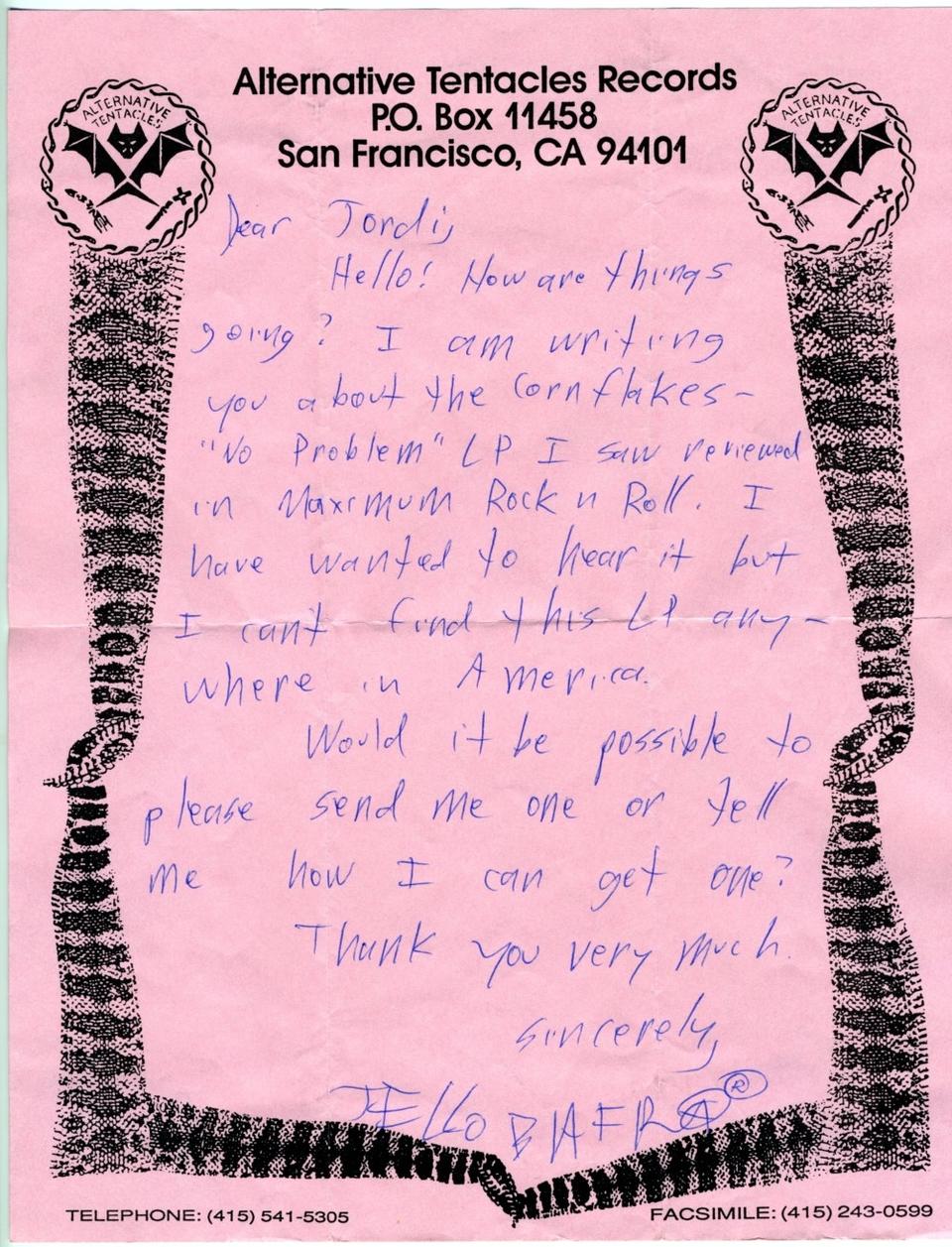 "We've adapted by the skin of our teeth"

Over all these years, BCore has always known how to adapt to the times. Is it this mutability that has enabled its survival?
I think we’ve adapted by the skin of our teeth. We were lucky in the beginning, as we launched our sales via mail order. We’ve been nurturing that for 25 years and it’s why we have a portfolio of customers who buy from us directly. Without them, I don’t know if we would have reached the heights we are at today.

How much does it cost to place a BCore record on the market?
Often we put out records with prices that are not “real” prices – well below their actual cost. Often the band contributes to part of the investment – many new groups cover part or all of the recording costs and keep part of the release revenue. For a 100 % BCore record, the recording itself can cost between 3000 or 5000 € – you can spend between 1000 or 2000 € on promotion, between 300 and 500 € on artwork, and then around 1000 € for CDS and 1800 € for vinyl.

Has vinyl made a comeback or is it a fallacy, a false myth?
I think that vinyl has gone from strong to strong, firstly because the CD has clearly lost its position, and secondly, because the person who buys vinyl now does so with a vengeance. People prefer it as an item, as an object, compared to the CD. However, people who buy vinyl aren’t helping those who work with new artists, as the record companies tell us that half of all vinyl sales are reissues – the back catalogues of the “usual suspects” on multinational record labels. The reissues work very well, we’ve released a few classic groups such as Skatala, and they’re much more profitable than a new album. The recording is already done and no promotion is required. A reissue without promotion works better than a new artist requiring promotion. 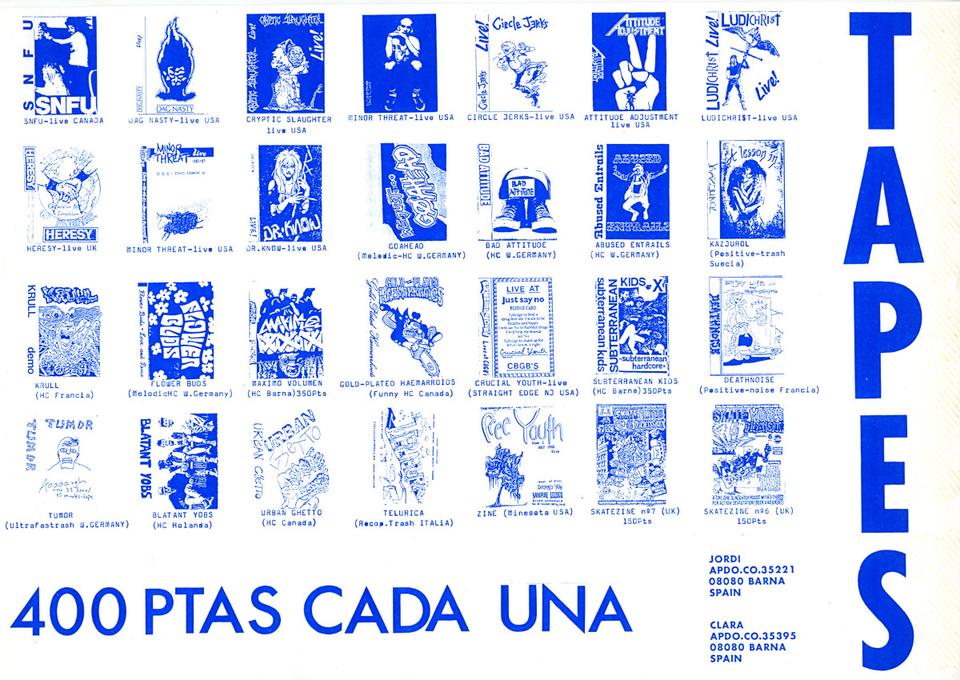 "A tape from a group called The Offspring"

Are download and streaming services such as Spotify, Bandcamp, etc., beneficial or detrimental to a label such as BCore?
I really don’t know, because I don’t know if people nowadays download music as much. Yes, there was a time when filling hard drives with bands you didn’t even know was the norm, but now people listen to music via streaming wherever they are. Until last year, we included a download code with the vinyl records, but we realised that less than 10 % of customers used it. Downloading has decreased. Furthermore, BCore’s revenues show that 80 % of are generated by streaming and 20 % by downloading, which means that people don’t buy MP3s. We’ve also seen that coverage by Spanish media doesn’t affect sales.

Do you receive state and/or European aid?
Yes, from the Catalan government, not the national or European institutions. In fact, we receive an annual grant – certain subsidies that are based on the records you make, the people you have working with you… Releases that are in the Catalan language earn more points, and in the end you get a score, which affects the annual grant you receive.

After so many years in the business, you must have plenty of funny anecdotes to share…
Let’s see… In the 1990s, when we used to swap records, we received a tape from a group called The Offspring. We thought they were incredibly bad, so we didn’t publish them. (laughs) 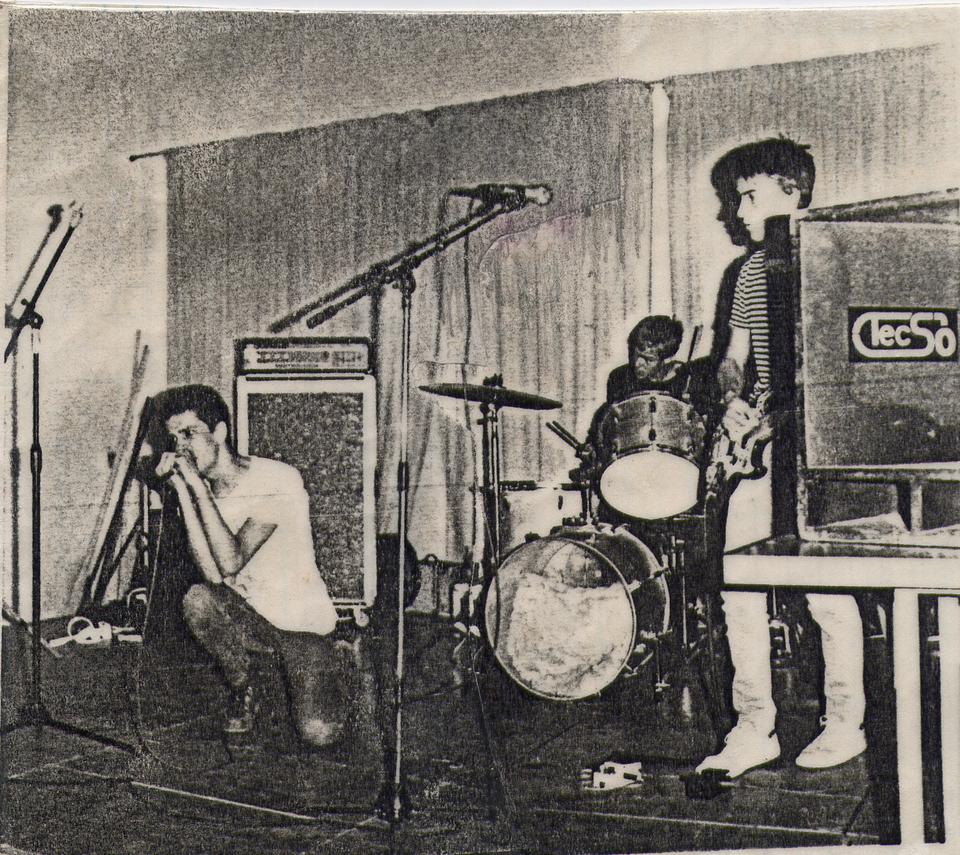