Save Berlin : the Creative Footprint 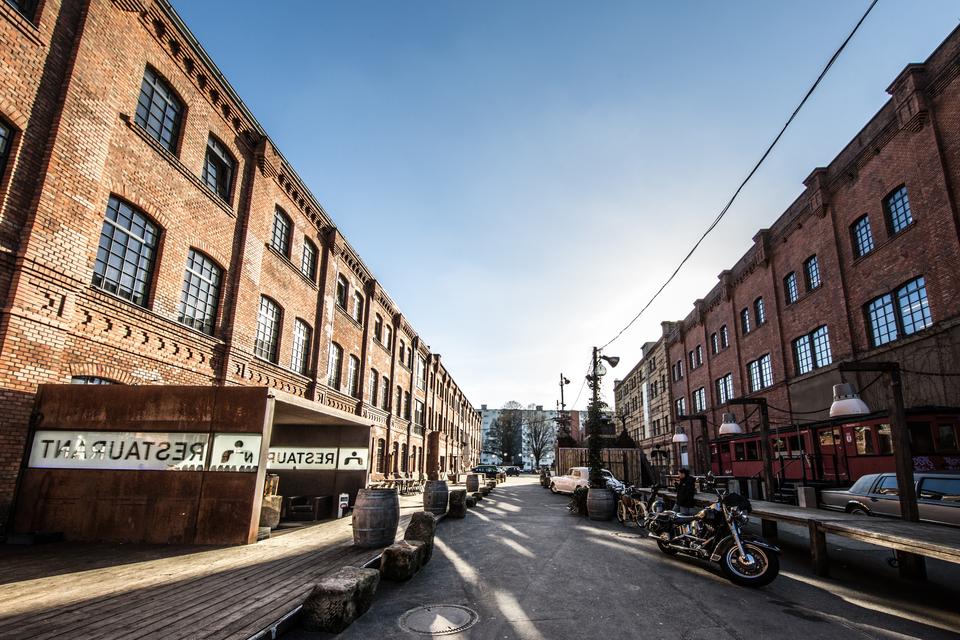 Save Berlin - The Creative Footprint
Artists in this post

Actually, this is the score that’s calculated by the Creative Footprint initiative that aims to “measure and index urban creative space”, and important ideas and considerable expertise are behind this number. It’s a measurement, but also a tool for creatives and urban policymakers to keep their city vibrant, foster development and detect and fight problems like gentrification in time.

The founder of the Creative Footprint initiative is Lutz Leichsenring, board member and spokesperson for the Berlin Clubcommission. As he told Europavox via Skype, the first aim is to create awareness. “By looking at numbers, decision-makers, who sometimes don’t even know the difference between a mainstream disco and a small grassroots venue, can see how vibrant their city or their district is, how much space it has, and how strong they are when it comes to the content of their venues”. The latter point is important. While the number of clubs or their sizes are relatively easy to measure, the creative footprint also includes indicators (calculated with expert inputs) like “promotion focused on artistic content”, “artists perform original works” or “content considered experimental or mainstream”. (You can find the detailed numbers on the Creative Footprint website,  as well as the outlines of the methodology.  The editorial content also has information about the Berlin Clubcommission.)

A unique experience and identity

The initiative – like Clubcommission – mainly focuses on creative content outside the mainstream. And according to Lutz Leichsenring, decision-makers should pay attention too, because this is what shapes a city’s identity. ”A small café with the perfect hand-made coffee is much more shaping the identity for an area than Starbucks. It’s the same with music. Small grassroots venues where artists are really selected, where people go to meet each other and enjoy the music, maybe hearing something they haven’t heard before – that’s what creates a unique experience and identity for a city. If you think about who shapes the cool, young, urban Madrid, London, Glasgow, Heidelberg – it’s always people who run these venues or certain events, and not people who run shopping malls.”

And if you think “identity” is not something your local politicians would care for, there are more tangible effect they can understand. While Lutz Leichsenring likes to stress the creative side (to avoid “selling out your own scene”), he agrees that sometimes you have to argue with the economic side, “just not with the figures you have in you own branch, because they are low”. Instead, he says, you can argue with the impact the creative club scene has on other branches of the economy. For example, about one third of the 12 million tourists visiting Berlin in a year come for the nightlife, and most of them not to hear the same global mainstream they can find in their own city – and they spend money in hotels, shopping malls etc. The club scene also has an impact on other, more lucrative creative branches, like fashion: “the fashion designers come to the city and get inspiration from nightlife, from creative people who create their own styles.” Even though this impact may be (made) clear, the fact remains that creative clubs will never be able to compete with shopping malls or real estate developers on purely financial terms. That’s why legislation (and prior to that, awareness) is needed to fight the negative effects of gentrification.

Recalculate the number every two years

The next step of Creative Footprint is expanding geographically (they’re planning to calculate it in ten cities in one year, including New York, Los Angeles, Sao Paulo, Amsterdam and London), but the goal is not to just have one number per city and/or district: it is to recalculate this number in two or three years, to see the trends. The balance can be easily lost, and the effect of gentrification can be seen in cities like London, Munich or Paris: “venues got pushed out of the city, and nobody realized it or nobody cared. And then you wake up ten years later, and see that young people are not living here anymore, because there’s nothing which they can identify with, they think the city lost its heart. That’s very hard to change then, because the city has already developed, and people who have lived there for a couple of years maybe don’t want to have a loud club next to them.” 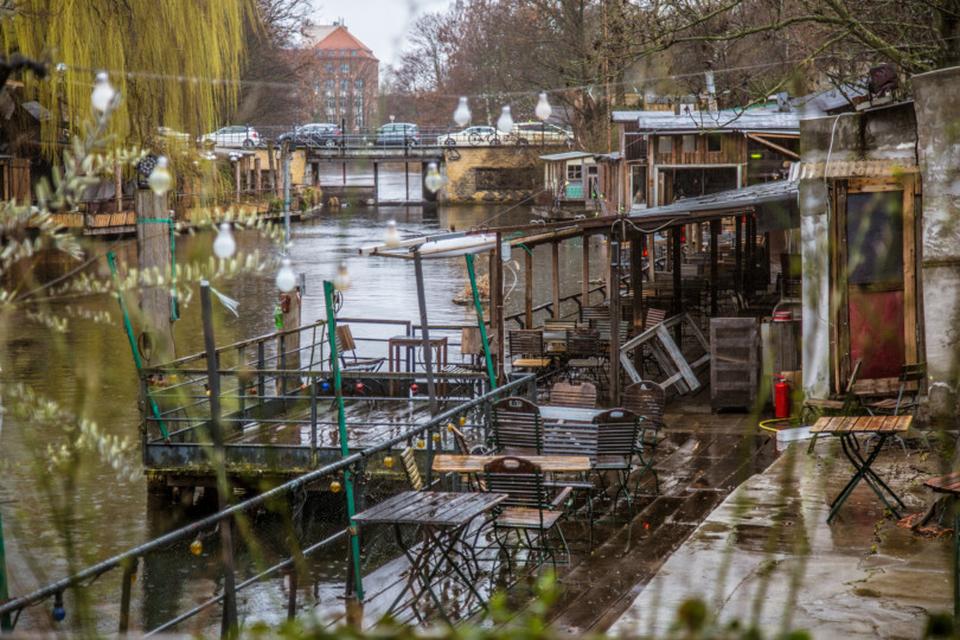 The key, according to Lutz Leichsenring, is to have enough affordable spaces. “That means that you can focus on art, and being experimental and different, you don’t have address the masses , and still be able to pay your rent.”

But the „footprint” idea means that these spaces don’t necessarily have to be in the exact same location forever. “In Berlin our reaction in the creative scene is often that we try to conserve the city as it is, try to protect venues from being pushed out. But the city is only vibrant and interesting when changes happen. The venues are also not getting better by being conserved, they’re not reinventing themselves, they create a routine, try to make a business out of it.” So it may not always be bad if a club is closed, “but then you have to make effort to create that space again. Maybe not with the same owner, or not with the same concept, but that’s the footprint idea: if yo.u cut down trees, you have to plant them somewhere else”.

Decision-makers, creatives and the real estate industry should work on this together. Lutz Leichsenring believes in self-guidance. “We’re just saying: look at the numbers and decide. We don’t organize demonstrations, we don’t blame anybody. Everybody can decide for themselves. Maybe some districts don’t even want many clubs, or they want to challenge the mainstream places to get better etc.”.

This is already happening in Berlin. The Creative Footprint has strong support within the club community, where people reacted to the high score with a “told you!” What may be more important is that Lutz Leichsenring is invited to talk about the creative footprint in front of the chamber of commerce, district councils and other decision-makers.

If the numbers are showing a negative trend, there are many possible solutions: legislation, public-private partnerships or even government investments in real estate (but “that’s not the easiest thing”, Lutz Leichsenring admits). The Creative Footprint, along with advisory board member Charles Landry (author of The Creative City and other books) are now collecting best practices.

The real estate industry often just keeps houses empty, waiting for the prices to go up. The industry and the local government could have an agreement that there should be no empty spaces in the city center, they should be rented out for creative purposes, even if just for one or two years. Examples for something like this can be found in many inner cities in Germany, where if a shop is not rented out, art should be exhibited in the empty store windows.

For example, in Amsterdam, the bureau called Broedplaatsen mediates between owners of empty spaces and would-be users, and gives grants for renovation. Empty spaces are thus turned into offices (“incubators”) for local entrepreneurs and creatives, kind of an official squat (original squatting became illegal in 2010). The bureau invested 40 million euros between 2000 to 2015. As the word “incubator”signals, tenants should turn out a profit or provide social services, but there’s also a non-profit version called LOLA. The bureau’s website is here, and here’s a detailed article in English on Quartz.

In a district of Vienna, real estate developers of new houses are obliged to provide the ground floor for rent for the low price of 5 euros per square meter. That way it’s not only luxury boutiques that have a chance, but galleries, cafés or a small music venues too.

In Berlin, when public property buildings was for sale, the local government was obliged to take the highest bid (leaving no chance to creative enterprises). Now there is a policy called Transparent Property Policy, where money is not the only decisive factor. As you can read on its official website,  “the goal is a sustainable urban development policy, which focuses on fiscal as well as on economic, housing and cultural policy”. It’s a relatively new development, but there are already some achievements. (The site is in German, but Google Translate handles it well.)

Features
When life gives you lemon

Playlists
Play! Tour de France
When you browse on this site, cookies and other technologies collect data to enhance your experience and personalize the content and advertising you see. Visit our Privacy Policy (updated 5/25/18) and Consent Tool to learn more, and make choices about the data used by us and our partners on the site. By clicking "Accept" or by continuing to use the site, you agree to this use of cookies and data.
En savoir plus ou s'opposer