Music streaming is set to pass physical sales as the biggest generator of income for the UK record industry according to reports today.

Taken from the same report, Financial Times noted that money generated by downloads fell 27% to £151m, which has lead to the rise in streaming rather than owning the music digitally.

But as FACT observed, the BPI report is still concerned with challenges the industry still faces, such as piracy and difference in revenue generated for artists and labels from services such as YouTube.

Other concerns outlined by BPI chief, Geoff Taylor, warned that the Government should consider prioritising creative industries in a post-Brexit programme. 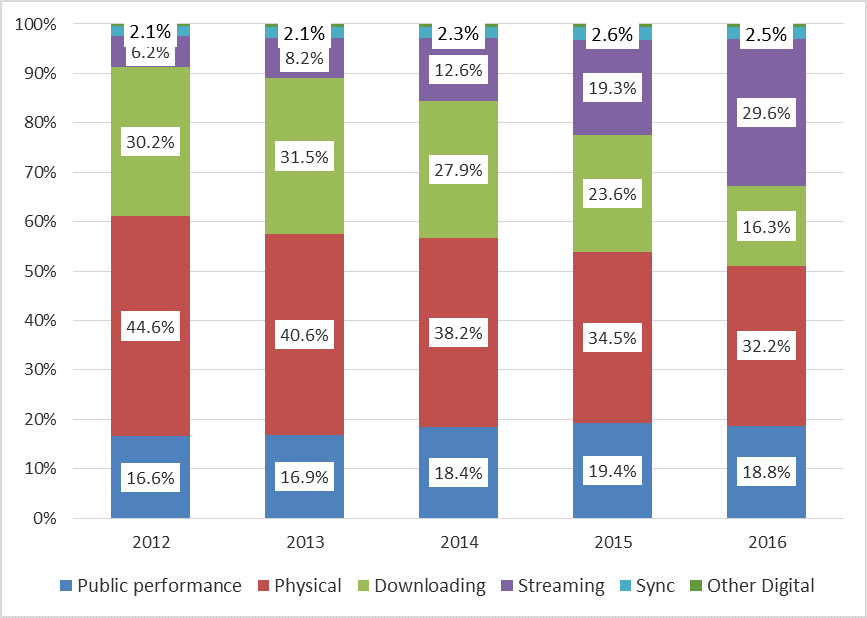