Tech, tech, tech: Streaming, living off or ripped off? The example of Norway 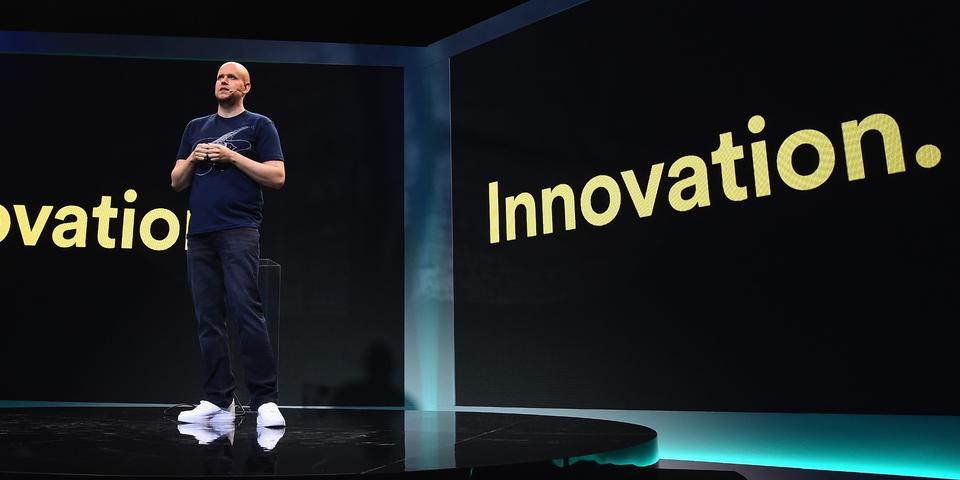 Norway is the most successful streaming market for music services in recent times, but is it enough for artists to make a living?

Music streaming services in Norway are more successful than anywhere else. But is it successful enough? If not, does that mean the model is just wrong?

“People living in Scandinavia are early adapters to new technology. When Spotify was launched in Sweden, the idea of streaming music, in general, was spread to the neighbouring countries very quickly. Over time, Spotify was able to convert a lot of Scandinavian users, especially in Norway, from free users to paying subscribers,” says Mona Fimreite, Digital Marketing Specialist at Phonofile, a digital music distribution company that was recently acquired under The Orchard umbrella of Sony Music. Numbers published by IFPI show that in Norway music was sold for a total of 698 million kroners, approximately 75 million euros, in 2016, a 6.7% rise from the previous year. Streaming is without comparison, the largest format with a marked share of 83%.

By contrast, in Germany, the world’s fourth largest music market, physical sales still represent 52% of the total market. But it did see streaming revenue increase by a significant 73.0%. The world’s largest recorded music market, the US, also continued its evolution, seeing an 80.5% rise in streaming income. At the end of 2016 IFPI reports there were 112 million users of paid music streaming subscriptions globally.

An increasing number of the users are becoming paying subscribers is good news for the music industry. The more people are paying for streaming music, the more artists and labels earn. Most streaming services license by taking the total pot of revenue generated, dividing that by the total number of tracks streamed and then multiplying that per stream rate by the number of streams per track per artist. Artists effectively get paid on a share of ‘airplay’ basis. This model is called service-centric licensing.

As statistics show, an increase in premium subscribers is a global trend, as more people get access to high-speed internet. Streaming is apparently working well for consumers, but is it working for the artists? Even though the rise of premium subscribers means more money in the pot, only the most listened to artists are earning enough money to make a living from streaming services.

“We’ve never earned more than a few ten-euro bills from streaming services,” says Line Grenheim in Lady Moscow. Since forming in 2007, the band have become notorious for their stage presence and played several hundred concerts in Norway and overseas. “It doesn’t feel like there is much for our band to earn on music streaming, because we’re not mainstream enough, and that’s the way we want to keep it,” says Grenheim.

Another Norwegian artist that has been critical to streaming is Rita Eriksen, a well-known artist in Norway, but with a mature audience. “My audience are not huge consumers of Spotify. Almost 50% of Spotify-audience in Norway is younger than 27 years, my fans are mostly older,” Eriksen has previously said to newspaper VG. After getting a return of 65 kroners (approximately enough to buy two café lattes) from her latest single in 2016, Eriksen had enough and pulled her music from Spotify. “I will not just hand over my music for free, which is more or less the case when it comes to streaming services,” she said.

Eriksen disagrees with the model most streaming services use. “I think it’s important that someone speaks up. I don’t think people believe music should be free. When listeners pay 99 kroners a month to listen to all the music in the world, it goes without saying that each and every artist doesn’t get much money out of it. I think it would be different if people paid directly to the artist they are actually listening to,” Eriksen has said. 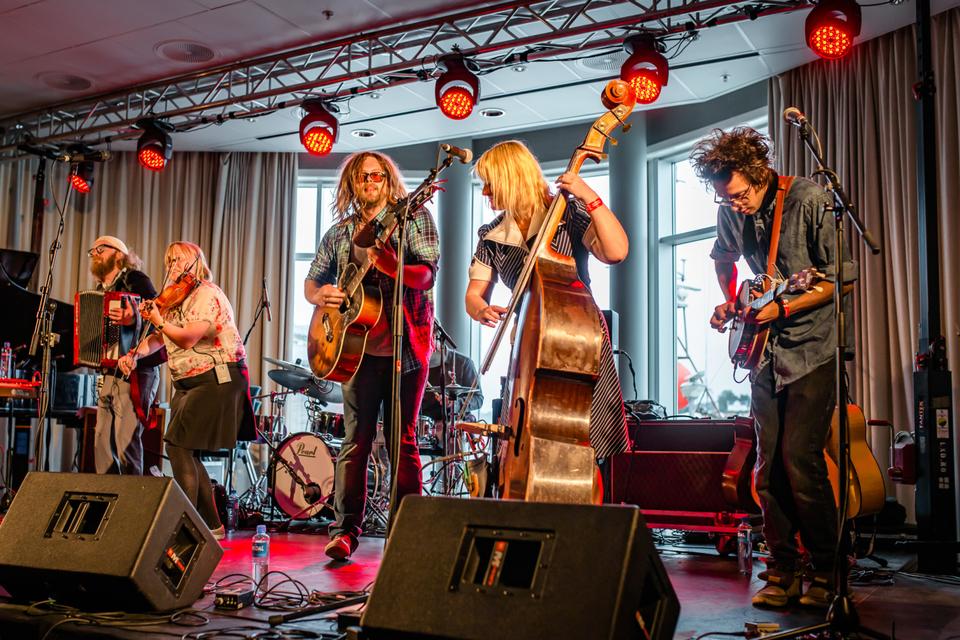 Eriksen might get her wish yet, as music streaming service Deezer is exploring this shift from service-centric licensing to user-centric licensing. With this model, royalties are paid out as a percentage of the subscription fee of the listener. So if a subscriber only listens to, let’s say Rita Eriksen, Rita Eriksen gets 100% of the royalty revenue generated by that subscriber. Many argue this is a fairer model that creates a more direct relationship between what a subscriber listens to and who gets paid. If Deezer manages to develop a model for streaming that proves to be more sustainable for artists than the current system, it would arguably be a game changer in music streaming.

Another hurdle on the path to a sustainable growth is the value gap. The value gap describes the growing mismatch between the value that user upload services, such as YouTube, extract from music and revenue returned to the music community – those who are creating and investing in music. IFPI estimates that Spotify paid record companies US$20 per user in 2015. By contrast, it is estimated that YouTube returned less than US$1 for each music user. In June 2016, over 1,000 recording artists, performers, and songwriters, including Sir Paul McCartney, Robin Schulz, David Guetta, Sting and Coldplay, signed a letter asking the European Commission to take urgent action to address the value gap.

A danger for creation

The last few years the music services themselves have made some changes that give them more control of what people are listening to inside their services with editorials and playlists. According to Fimreite at Phonofile, that could also change the way we listen to music and what we listen to. If all music in the future is measured based on how it is performing towards the “mainstream pop music loving user,” what will that mean for the independent music industry?

“If we use Spotify as an example we see that they have gone from a very user-driven playlist universe towards today’s solution where Spotify themselves control the biggest playlists and promote their own playlists. They are now the “gatekeepers” impacting what people will listen to and record labels have to focus more on how to get “shelf placement” via their properties inserted of building their own. I think it is a good thing that we have many players and services which do things a bit differently.

It can be very dangerous for the independent music industry if music services only focus on mainstream music to please the masses. We already see now how algorithms in the biggest services are starting to impact how music is made. Many artists have started to take the algorithms into consideration when they create their music. We get weekly reports from our music service partners and their editors on how our music is performing in relations to skip rates etc… These numbers are taken into considerations when playlist editors are selecting what tracks to promote and add to their playlists. We need to make sure that our content is being presented in the correct context and also that it is being measured on the correct parameters. It is definitely not good for the independent music industry if all music will be measured based on how it is performing towards the “mainstream pop music loving user”, the masses, which we see tendencies of now,” Fimreite says.

The thought that music in the future will be streamlined to please the masses is definitely a scenario that can happen, according to Fimreite. “We already see how streaming has impacted music in terms of song length, skipping of long intros to avoid a high skip rate and so on.” Statistics show that the growth of music streaming and premium subscribers will most likely continue in Norway, Scandinavia, and the rest of the world. That means more money in the pot, but how much money do we need in the pot before it’s enough for bands and artists that are not among the most listened to. Is it at all possible, when it has such obvious shortcomings even in Norway with its high percentage of paying users? Is the current model the fairest and most sustainable? And what does it mean for what we will listen to? 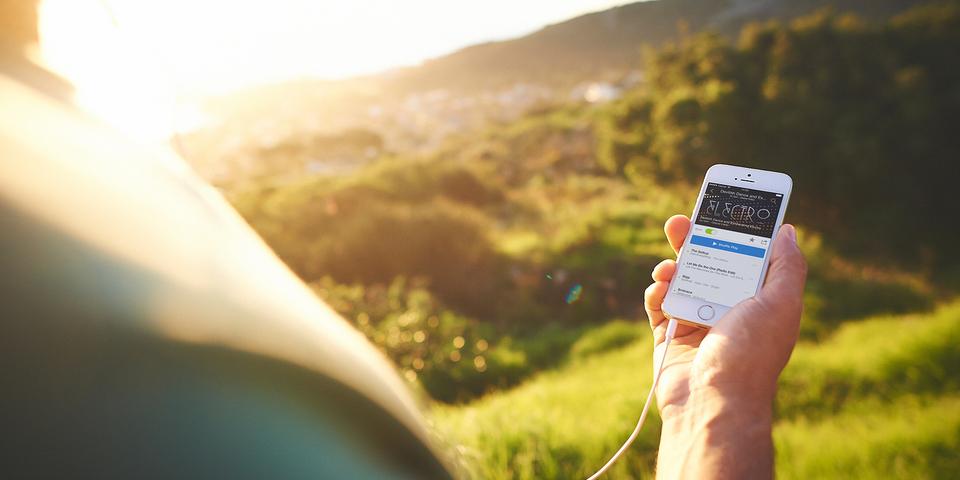 "Disrupt or be disrupted"

The shift towards music streaming has revolutionized the way we listen to music, but it is not the end of the road. Universal Music’s EVP, Digital Strategy, Michael Nash, has said: “My perspective on 100 million is, that’s great, it sounds really great, it feels really great and it’s definitely an expression of a very significant development. But if we breathe a sigh of relief and feel that we have arrived somewhere, we would be completely misreading the landscape. This is not simply another format transition, it is a fundamental transformation that is changing everything about the business. To raise the Mission Accomplished banner would be the worst mistake we could make.”

Fimreite predicts that we in the future will see an ‘all in one solution’. “It does not make sense that we have to have multiple subscriptions for music, movies and game-services like we have today. I also think these services will be much more user specific. They will use big data and show custom content to each user based on their situation, location and preferences. I have a feeling services offering a more user-specific custom audiovisual experience will replace services only offering audio streaming today. Disrupt or be disrupted.”

Playlists
Play! Folk songs & the beauty of...
When you browse on this site, cookies and other technologies collect data to enhance your experience and personalize the content and advertising you see. Visit our Privacy Policy (updated 5/25/18) and Consent Tool to learn more, and make choices about the data used by us and our partners on the site. By clicking "Accept" or by continuing to use the site, you agree to this use of cookies and data.
En savoir plus ou s'opposer