Across Europe, a battle is being waged. It’s one that has a direct impact on people’s livelihoods and peace of mind, and directly effects how attractive — or otherwise — cities are to live, work, and play in. Yet,­ with political turmoil and even social unrest dominating conversations and column inches, it’s not one that has been in the headlines much of late. It is the fight around late night spaces and rights, pitching residents — and often politicians — against culture, tourism, and those who make a living from the late night economy. Dutchman Mirik Milan has been on the frontline of this battle for over ten years as a nightclub promotor, activist, Night Mayor, and a global consultant. The Night Time Industries Association recently anointed him as one of 2018’s Ambassadors of Nightlife, and despite stepping down as Amsterdam’s Night Mayor earlier this year, continues to devote his professional life to improving night time economies and fighting against the trend to curtail after-dark culture and entertainment. 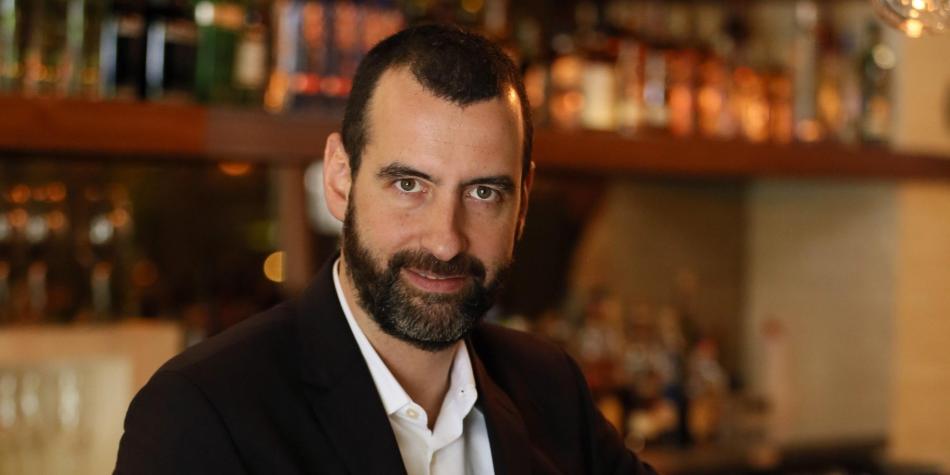 His story begins in Amsterdam, a city that relies on its nightlife more than any other. With a relaxed attitude to sex, alcohol, and drug consumption, the city of nearly one million people has long attracted hordes of pleasure-seeking night owls, drawn by both the centre’s infamous Red Light District and the proliferation of coffee shops (in which it is legal to buy, and consume, marijuana). And it’s not just sin and vice that has seen tourist numbers spike at around 18 million per year; a vibrant bar scene, world class culture, and wide variety of concert and live music venues means that no matter what your interest, there are myriad ways to spend time once the sun goes down in this compact, picturesque city. 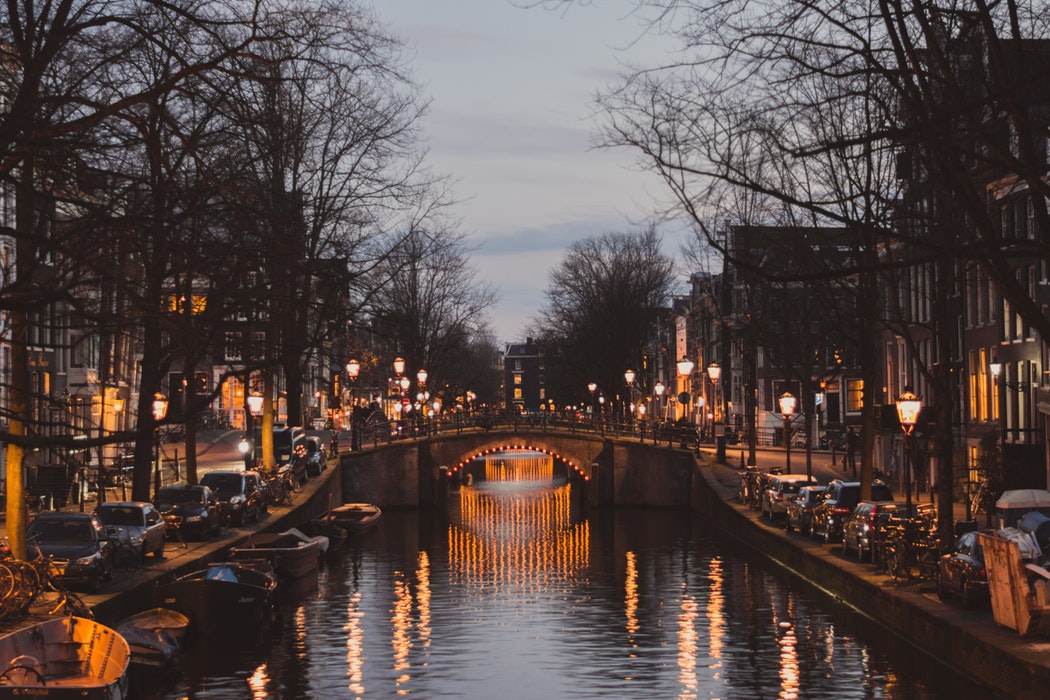 But not everyone was quite so thrilled with such popularity. Residents began to tire of drunkenness and disruption, and local politicians took note of the rise in complaints. Keen to appease concerns, City Hall began to push back against night-time operators and the city’s famed, relaxed attitude to nocturnal nuisance; regulations were tightened, new laws adopted, and business owners warned about their responsibilities. Enter Milan, Amsterdam’s first nachtburgemeester, and the man that many in the city credit with getting all sides to look at the problems from a fresh perspective and work together to compromise.

When he began, the position of Night Mayor was voluntary, and largely symbolic; one of his first goals was to change this, and change the perception of what a Night Mayor could achieve. “From the beginning there was some support, but it wasn’t really taken seriously by the industry, by the people in City Hall, or by city residents and resident groups,” he says. “So I started forming this alliance with progressive people in nightlife, from festival and club promoters, to DJs and bar owners; we brought them to the table and got them together regularly.”

Alongside this, he set up an independent, not-for-profit NGO to house the position, something he believes was of critical importance. The idea was to get residents and City Hall to view it as “not just another association of bars and clubs”, and to convince them he wasn’t simply a cheerleader for the industry. “It’s better to have an independent person that can speak in an independent way towards everyone; that’s very important,” he explains. “I really built this bridge of trust with people that we were an organisation that wouldn’t only focus on  ‘we need more nightlife, we need more of everything’, but that we need better-quality nightlife that works for everyone.”

The result was a dialogue between politicians, small business owners, and residents, one that previously didn’t exist. He admits that such a thing is “really difficult in cities”; even harder is trying to get each side to sympathise with the concerns of others. A lot of club owners and festival promoters “live in their own bubble” he says; only open two or three days a week, they’ve never really talked to other night businesses, or tried to understand why residents might have a point about disturbances. Similarly, City Hall’s standard response has always been defensive — quick to say “You can’t dance, drink, scream or shout here” — a top-down approach that Milan says doesn’t work.

“That’s not going to change anything. You only change things by taking people seriously, as grown-ups, by giving them more space and opportunities to socialise by giving them extended opening hours. And that’s what you see in these venues now because you never have a problem with anti-social behaviour or all these other topics.”

The alliance he left behind — Milan stepped aside at the start of the summer — now has seventy-five members, with the office of nachtburgemeester a conduit between City Hall and those members. Financed equally by both sides, it’s also free from accusations of bias or preference; he worked particularly hard to convince people that things will only work if everyone is satisfied, and that the balancing act between night-time economies and residents is not simply a zero-sum game.

“The nightlife ecosystem is important for cities – if people say: ‘This city is dead’, that’s so bad for your reputation. Look at Sydney and their ‘lockout laws’; they lost 178 music venues. Think about how many jobs that is. The government should be protecting everybody who has a job, whether it’s low income, in the service industry, or whatever. Also, cities should want to keep their creative and human capital. There’s a lot of informal learning and talent development going on in nightlife — not everybody has the opportunity to go to school or university — so you can learn a lot. The critical threshold to get in is quite low in nightlife, so it’s something that really opens up.”

His success went beyond fostering this atmosphere of mutual respect and trust — he secured major concessions and oversaw significant new initiatives, as well as staving off some serious threats to music festivals and operators. Rembrantplein, a bar and club mecca for tourists and locals alike, was transformed into a safer, quieter, more tolerant space for revelry, with a 30% drop in nuisance complaints and a 20% drop in “alcohol-related incidents”. He also fought against city hall’s desire to cut festival capacity in Amsterdam (in terms of the number of festivals, the number of visitors, and the number of venues) by 25%, and actually helped several events — most notably Dekmantel — grow and expand. 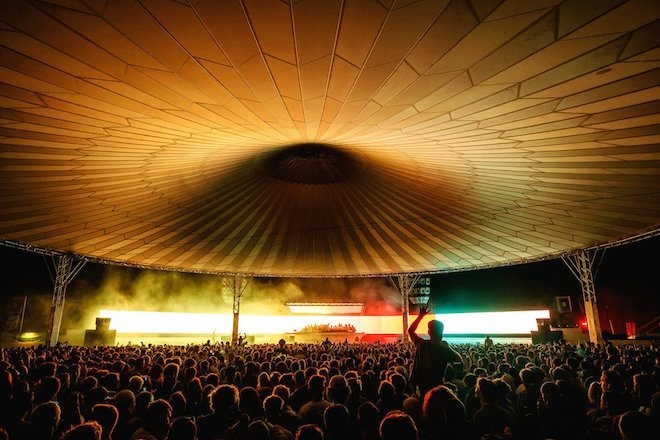 But his greatest success came with the introduction of genuine 24-hour licenses for select clubs, an idea that had been long mooted but rejected as “unworkable”. This was achieved not by allowing a few well-known venues to open whenever they wanted, but by analysing how they could allow for better opportunities and be a positive, not merely something to be tolerated.

“What is really radical about them is that they focused on the quality of the content instead of ‘you have four walls, a roof, and a bouncer on the door.’ That’s key because you can then show that, by taking small steps, you can improve the nightlife scene. These venues are also all spread all around on the outskirts, away from the centre, and it’s now normal for people to cycle fifteen minutes, half an hour, to somewhere like De School or Radion. That was unheard of five or ten years ago.” 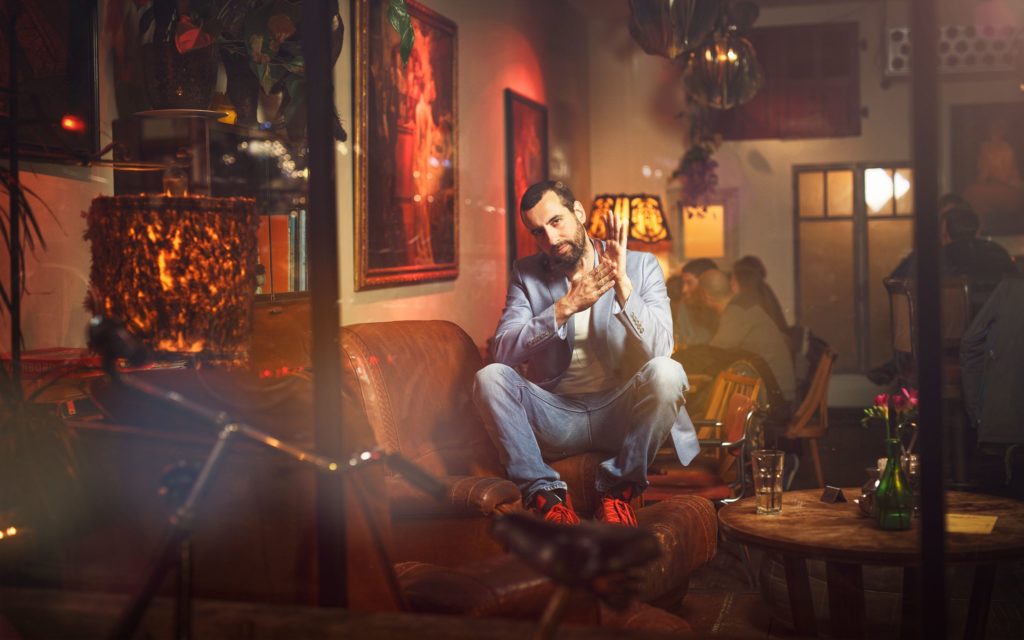 Cities around the world have attempted to copy the Amsterdam model, and Milan is hopeful for the future. As he sees it, politicians are finally waking up to need to keep homegrown creative and human capital. “People always think that there are no votes in nightlife, but that’s not true. Ravers are also residents, and that’s something that’s very easy to forget.” He also considers our hyper connected reality and the global marketplace to be factors in what people want from a city, in particular access to leisure and entertainment facilities at times that suit our new, always-on lives.

“We are so well connected, and that means that we’re going to work more across time zones and have different needs at different times of the day. So, a 24-hour economy is positive for the night-time economy as well as for other needs. It’s already such a nomadic world and, in the future, there will be a greater shift in this direction.”

The way society is developing, he says, “the battle for talents will intensify over the coming fifty years. Every city of 200,000 people up wants to attract young, creative people, and not have locals leave as soon as they turn eighteen. We need to progress with people in power to make sure that we keep these creative spaces.”

Since he left the post he’s continued to advocate for change, and has travelled the world sharing his knowledge with other Night Mayors, politicians, and people in the industry. He’s been at the forefront of the Creative Footprint project, a global index that measures and monitors the amount of creative space a city has and the health of its music scene, and he firmly believes that quantifying the benefits of such things, even the intangibles, is key to persuading those in power that such things are worth preserving.

“Gathering support is an ongoing process, and the moment you think that you’re there, you’re already losing,” he says. “But I actually think things will get better.

Remember, nothing will change if you can’t vote about it – this is why we have to set the agenda and need to continue this conversation.”