We Went To… The Trans Musicales 2018 : Trans-Europe Express 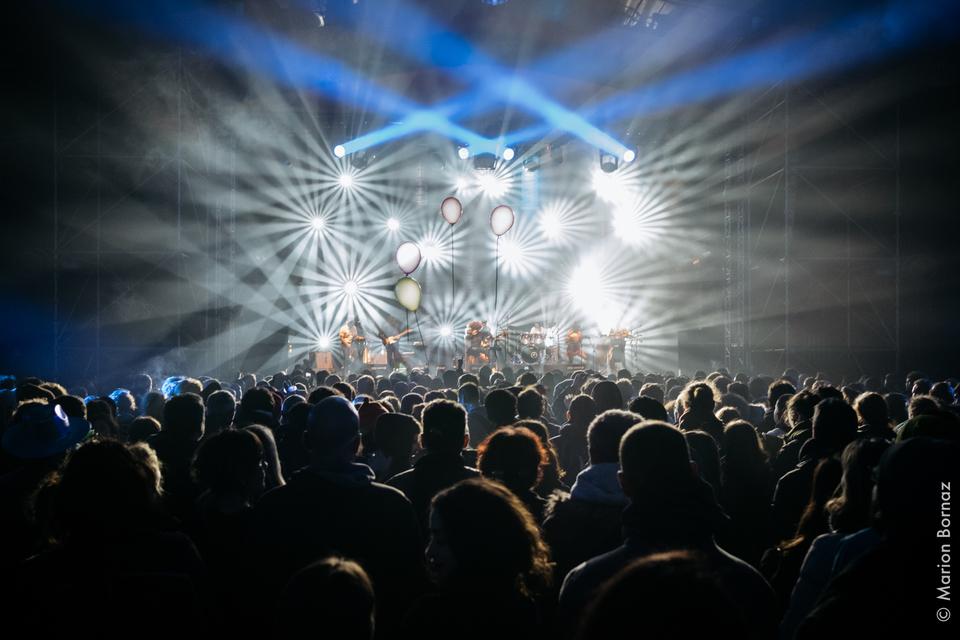 Being a part of the 40th anniversary of Rencontres Trans Musicales de Rennes can be a pretty big responsibility. All because of the great artists that first became noticed by performing at this festival. Nirvana (1991), Björk (1993), Daft Punk (1995) or more recently Bon Iver (2008), Stromae (2010) or Benjamin Clementine (2013), just to name a few. Almost 60 000 people got to see some bright new acts first-hand this year. 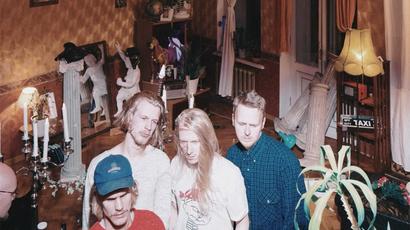 For 5 days in 8 different scenarios, we got to listen to some artsy glam-rock from Canada by Hubert Lenoir, the vicious soul funk of the American Black Pumas, the contagious italo-disco of Bruno Belissimo, and the super cool electronic rock from French band MADMADMAD, among many others.

If you want to see some of the gigs, make sure to check France TV show Culture Box .

This was Pongo’s first performance in France, the country that embraced her and became her second home after the release of the debut EP Baia. She brought Raphaël D’Hervez, the producer of her EP onstage to present powerful songs like “Tambulaya” or “Kassussa – Kassussa só” that made everyone in the hall dance. Pongo also showed some really impressive dance moves of kuduro and brought some new tunes like “Quem Manda no Mic”. She also gifted her new fans by playing “Kalemba (Wegue Wegue)” from Buraka Som Sistema, the music that first introduced her to the world. This Portuguese-Angolan voice is going to conquer more in the upcoming years, stay tuned.

Muthoni Drummer Queen is the reunion of the Kenyan rapper/singer Muthoni and Swiss producers GR! and Hook. And what a match made in heaven. If by heaven you mean fat beats, frenetic African drums, strong lyrics with meaning and probably the best light show in the festival. Muthoni is super eclectic while singing both in English and Swahili, bringing references to her music from rap like Grandmaster Flash’s “The Message” or more social stances like Maya Angelou’s ideas into “Caged Bird”. Girl power was the motto for her show and it felt like now is the time to experience Muthoni Drummer Queen on stage. 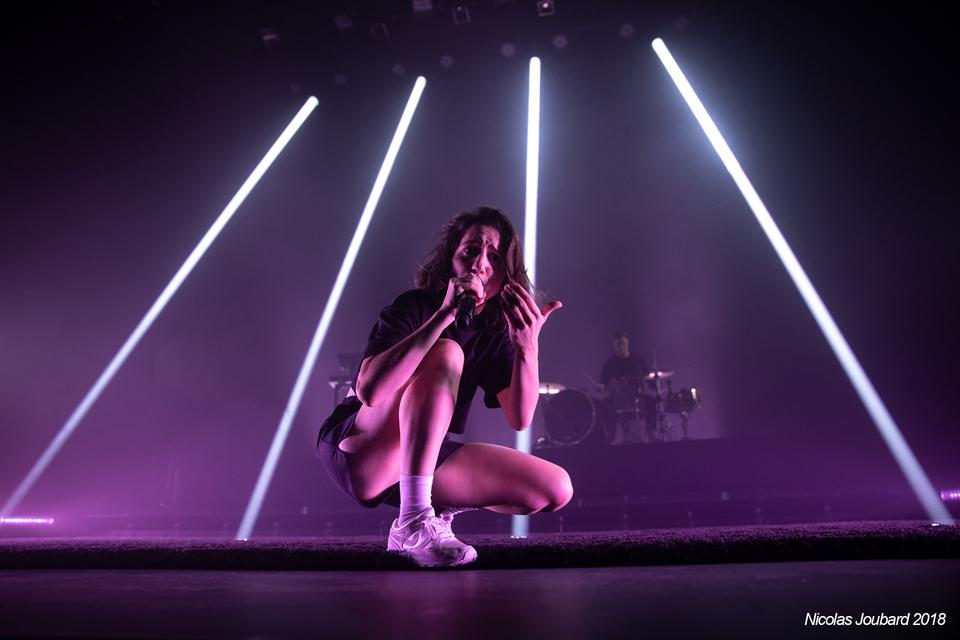 From the outskirts of Paris comes the actress, dancer and rapper Aloïse Sauvage. She became known by playing the role of Eva in the movie “120 battements par minute” that won the Grand Prix at the Cannes Festival. But now she is taking the stage to present her music. And what an experience it is. Inspired by Eddy de Preto and Christine and The Queens, Aloïse makes hybrid songs that cross pop and rap, in French and English, with such simplicity and beauty. On stage she also brings her A-game while dancing, breakdancing, or doing some sorts of magic tricks… I can’t really explain what happens but it’s mesmerizing. Make sure to follow her music, movies, and all the rest. 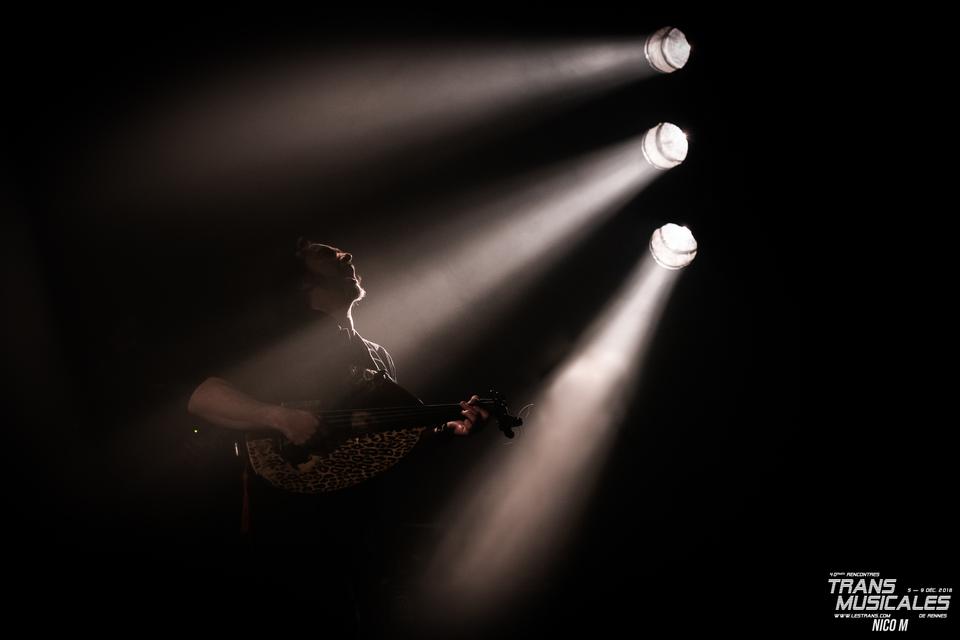 When you search for traditional Middle Eastern instruments such as the oud or the darbuka mingling with electric guitars and bass, you will find the name Al-Qasar. The French musician and producer Thomas Bellier invited the Moroccan singer Simo Bouamar (from Natacha Atlas), Algerian oud player Mehdi Haddab (from Speed Caravan) and darbuka player Amar Chaoui (from Tinariwen) to join him on this journey. The result is a Middle Eastern psychedelic rock band that brings the influence of acts like Ty Segall, King Gizzard, Rachid Taha or Massar Egbari.

From truly hypnotic sounds to great guitar riffs, they have the power to bring their songs to a wider audience. During their presentation in Rennes we could spot in the audience 20-year-old guys headbanging and 60-year-old people dancing to the rhythm of the darbuka. Even if you don’t understand a word of Arabic, you cannot escape their music. 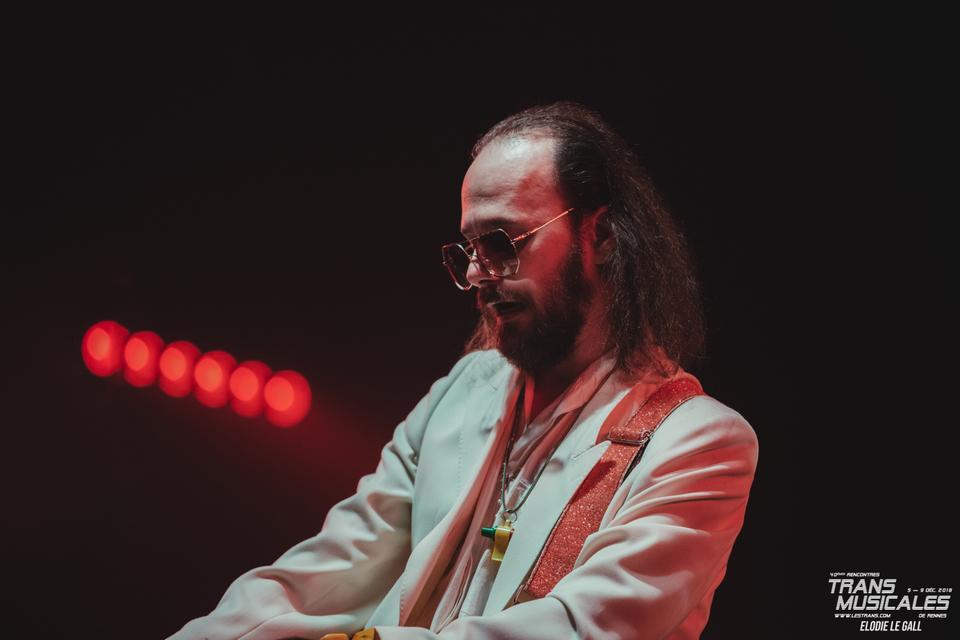 Niels Nieuborg is the man behind the alter-ego Arp Frique. The Dutchman that seems like a cross between Zlatan Ibrahimović and Clarence Seedorf chose his name because of his love of Arp synthesizers and Chic’s song “Le Freak”. And his music reflects that profound love. And so much more. Welcome to The Colourful World of Arp Frique is an exotic album that brings disco, reggae, samba, afrobeat and mornas together in a crazy way. Niels invited some classic voices like Brazilian Ed Motta, Cape Verdean Américo Brito and Dutchman Humphrey Campbell. If you walked inside the Transmusicales hall where Arp Frique was playing you would probably think you had travelled back to the late 70s and ended up inside a Caribbean cruise.

When Domenica Fossati starts to sing, it’s hard to escape her voice. She is the frontwoman of the New York group Underground System that brought their groove to Rennes. On stage, they are a seven-piece formed by producer Peter Matson, bassist Jon Granoff, trumpetist Carter Yasutake, conga player Olatunji Tunji, drummer Yoshio Kobayashi and shekere player Lollise Mbi, all alongside Domenica. What Are You is the title of their debut album showcased at Transmusicales and it answers the question directly to the feet and hearts of everyone that saw them. Pure joy, swing, groove and energy emanated from Underground System. Domenica can sing in English and Italian but she is also well-acquainted with Yoruba and Ewe ethnic tongues. To add to this, she is a renowned flutist that already played with Marc Ribot, for instance. Don’t be alarmed if you see them live and you cannot stop dancing. 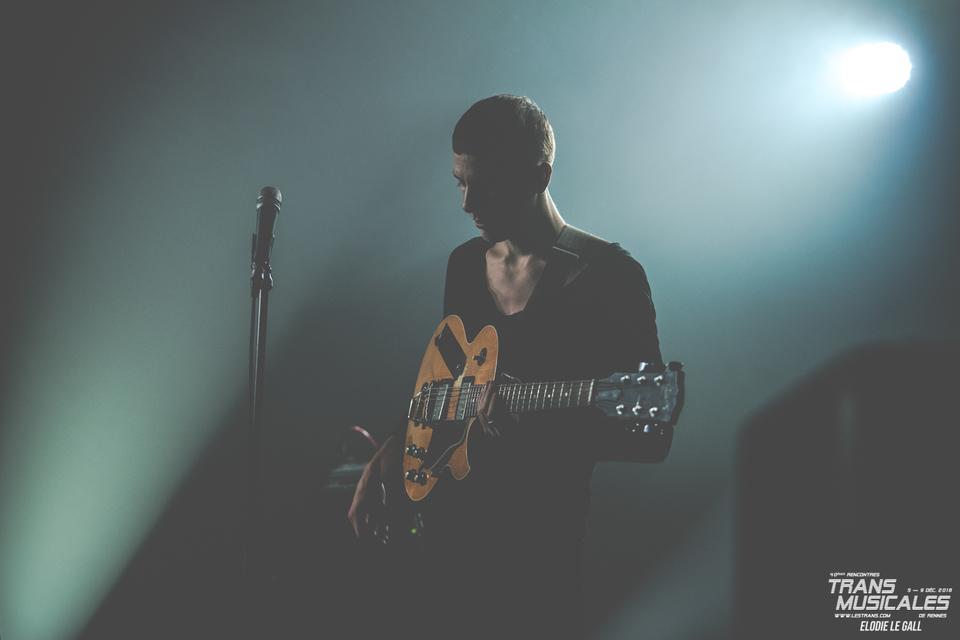 This was not the first time this four-piece band from Paris played in Transmusicales. In 2016, The Psychotic Monks performed in the Bars en Trans, a parallel event at the local bars of Rennes. This year, they had a great Saturday night slot in one of the main halls. Two guitars with lots of fuzz and distortion, a steady drummer and a keyboard player that likes to create some dark atmospheres are the parts of The Psychotic Monks. Their sonic power impressed several journalists and bookers at the venue but also the audience members that even did some crowd surfing. If you like Them Crooked Vultures, Wand, Black Rebel Motorcycle Club or Queens of The Stone Age, you will probably enjoy The Psychotic Monks music.