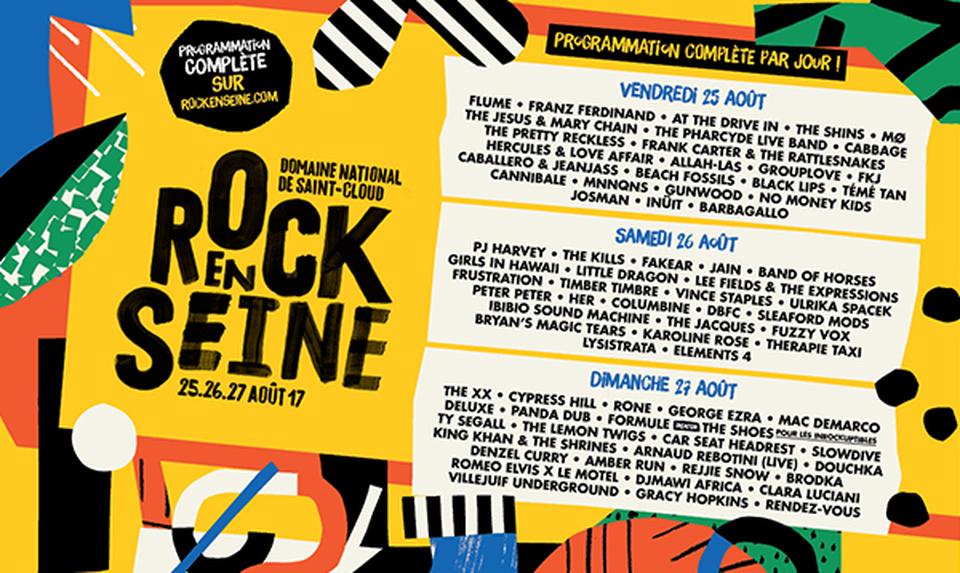 Get ready for Rock en Seine
Artists in this post

One of the biggest Weekends of music in the French and European festival calendars is just one month away. So with that, here is the lowdown on what to expect at this year’s Rock en Seine.

Rock en Seine returns this year with a fascinating line-up as always. The xx, PJ Harvey, Flume, Franz Ferdinand, At the Drive In, The Shins, Mac DeMarco, and much more are expected to round off the Parisian Summer in style from 25-27 August in Domaine National de Saint-Cloud, a park which has been a listed historic monument since 9 November 1994.

Plus a number of acts have been chosen to play the festival’s “Avant Seine”, which is a programme curated by a number of professionals to seek six acts they wish to invite to play at the festival. This year, Barbagallo, Therapie Taxi, Inuit, Lysistrata, Rendez-vous, and Gracy Hopkins have been offered spots on the bill.

For its 10th year, Mini Rock en Seine will offer a space for parents to let their young ones enjoy the festival experience too. Kids aged 6-10 years old can be looked after free of charge and get involved in their own version of the festival with workshops, games, and more.

Première Seine is another initiative by the festival to get three bands selected by a panel of professionals to represent themselves and the Ile de France region with appearances during the event.

This year, Rock en Seine is celebrating its 15th birthday and is inviting young festivalgoers to a new space specially designed for them called Summer Camp – right next to the Île-de-France region stand, From there, they will be able to meet music pros, interview groups, and much more. 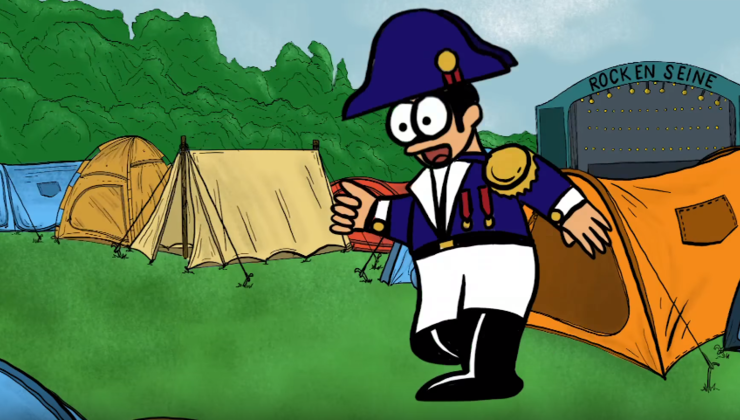