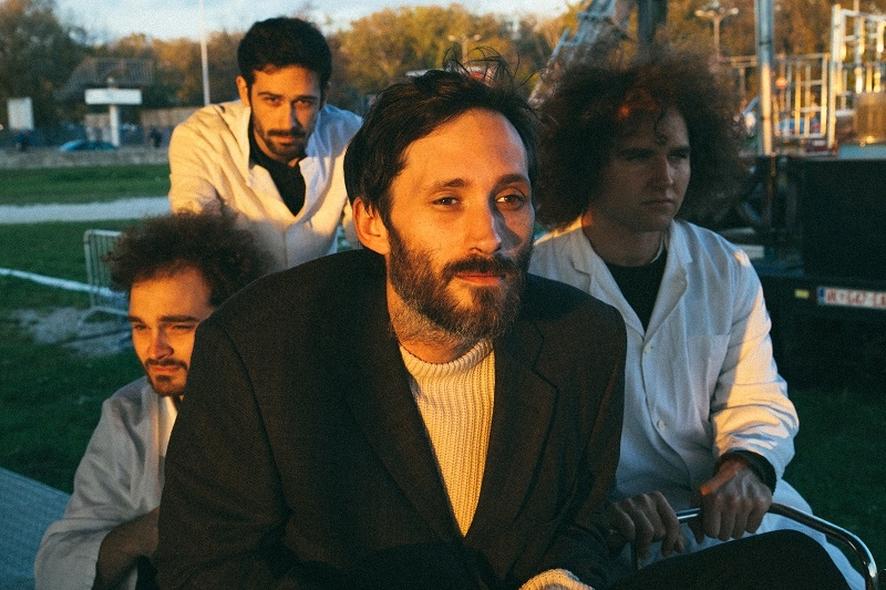 No man is an island

No man is an island. The singer-songwriter Denis Katanec can confirm this is true because his previous one-man show slowed him down for a long time — even if the young bearded man with an acoustic guitar had been a well-known face in the Zagreb indie folk underground for almost ten years. Except for the small cult following there was just a tiny response to his early homemade recordings released on Bandcamp. Everything changed after his 2016 album Nikta Zorja, where he introduced his backing band Klinika (the Clinic).

The album was very well received by Croatian alternative media and the 4-piece band Klinika Denisa Kataneca started playing live with Karlo Crmk (bass), Branimir Norac (guitar) and Vinko Vujec (drums). For their early 2019 EP Rode (“storks”), recorded in just a few days on a live session in the Vinyl club, the band was completed with the backing vocals by Tyger Lamb frontwoman Martina Burulic. Once again, Denis Katanec’s singing and songwriting remained under the strong influence of freak folk while the band players moved Klinika to different styles from shoeagaze to psych rock.

The small homebase in Vinyl gave them limited opportunities but a highly successful launch at a Vinyl Factory night, in the Zagreb main club Tvornica Kulture (“culture factory”), suddenly pushed Denis Katanec and his Klinika on the big stage in front of more than a thousand frantic people. The 5-track EP Rode, available on Bandcamp, is a first taste of their 2nd album to be released later this year.

No man is an island