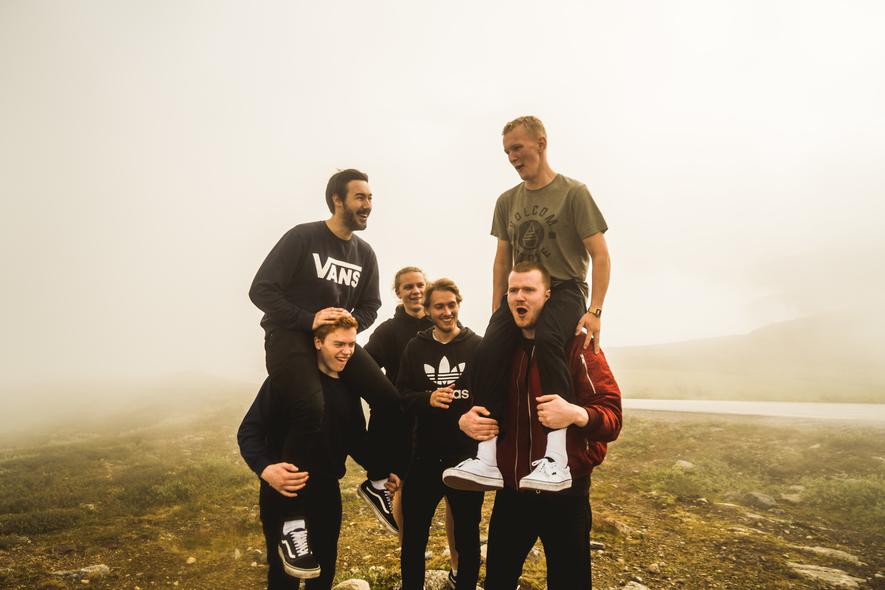 The meeting point of metal blast and power rock

When you hear the Norwegian sextet LÜT, it’s apparent that they’re aiming for the aggressive style of their hard rock/metal predecessors Judas Priest and Metallica. But they also explore the let-the-good-times-roll side of garage-punk as well. And although the band’s voice, Markus Danielsen Danjord, sings entirely in his native language, LÜT’s sonic world is so thoroughly crammed with fist-pumping hooks, it’s easy to get the impression that he’s always singing about sticking it to the man, even when he’s not.

With their debut album, Pandion (released in 2017 via Bukta Records), which was a raw fusion of punk’ n’ roll with shrieking metal fury, the band made a name for themselves. What they did was to take punk’s straightforward power chords and compelling simplicity and dash its brains against metal’s form of harsh vocals and remorseless attack. If you add to that their energetic live shows, it’s no wonder they managed to build a solid fan base even outside Scandinavia, while getting nominated for the Norwegian Grammys, Spellemannprisen, in the category “Best new act”, as well as for “Best live act” at P3 Gull the same year. Time will tell whether they shall prove anywhere near as creatively exciting in the long run, but their combination of rough-and-tumble style and sharp-yet-melodic tunes sure promises much.

The meeting point of metal blast and power rock

Rock / Italy
The Pier
When you browse on this site, cookies and other technologies collect data to enhance your experience and personalize the content and advertising you see. Visit our Privacy Policy (updated 5/25/18) and Consent Tool to learn more, and make choices about the data used by us and our partners on the site. By clicking "Accept" or by continuing to use the site, you agree to this use of cookies and data.
En savoir plus ou s'opposer