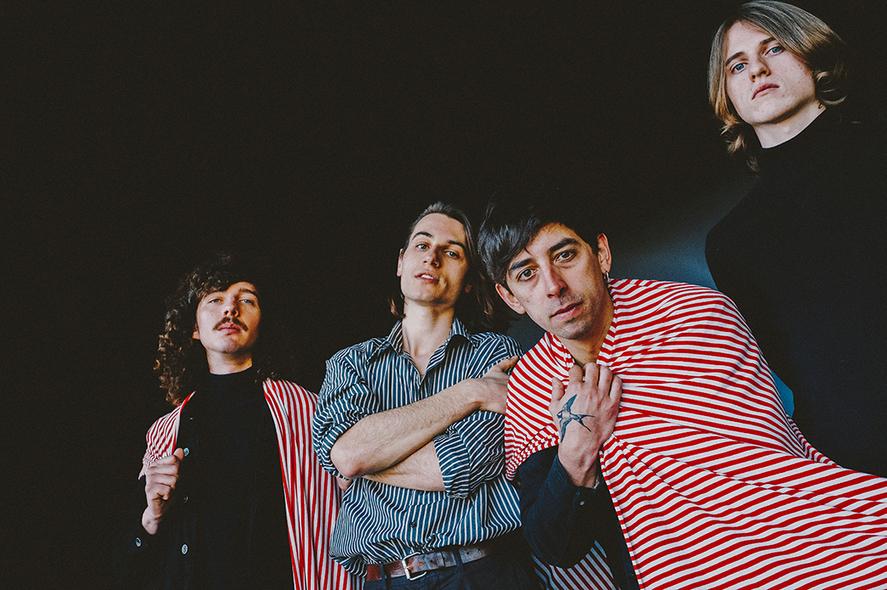 For some reason, these four boys from Normandy seem to be allergic to vowels. To pronounce their name, MNNQNS, you simply have to bring all the vowels back and all of a sudden a word appears: “mannequins”. They’re French but their songs are sung in English and their influences are clearly American and British, with a soft spot for 1970s angular rock and dark post-punk. The idea of forming a band came to Adrian d’Epinay in 2013, when he was studying in Cardiff on an exchange programme. He fell in love with the exciting British music scene and decided to start his own band as soon as he came back to France with three musicians. Their nervous, electrifying riffs immediately made them one of the most interesting new bands in the French rock scene.

MNNQNS have released a couple of EPs, Capital (2016) and Advertisement (2018), which confirmed all the hopes placed in this group. The English independent label FatCat quickly recognized their potential and signed them – MNNQNS are currently the only French band in their roster of artists.

The next logical step: recording an album. They chose to take this step in the French countryside, a quiet place for a not-so-quiet album. Bursting with feverish energy and experimental textures, Body Negative is a collection of twelve intense songs. MNNQNS are going to release this album in August, before embarking on a full-scale European tour (UK, Belgium, and of course France). Their frenzy becomes even more thrilling during their passionate shows.

What's new
Lithuanian urban festival Loftas Fest:...
When you browse on this site, cookies and other technologies collect data to enhance your experience and personalize the content and advertising you see. Visit our Privacy Policy (updated 5/25/18) and Consent Tool to learn more, and make choices about the data used by us and our partners on the site. By clicking "Accept" or by continuing to use the site, you agree to this use of cookies and data.
En savoir plus ou s'opposer