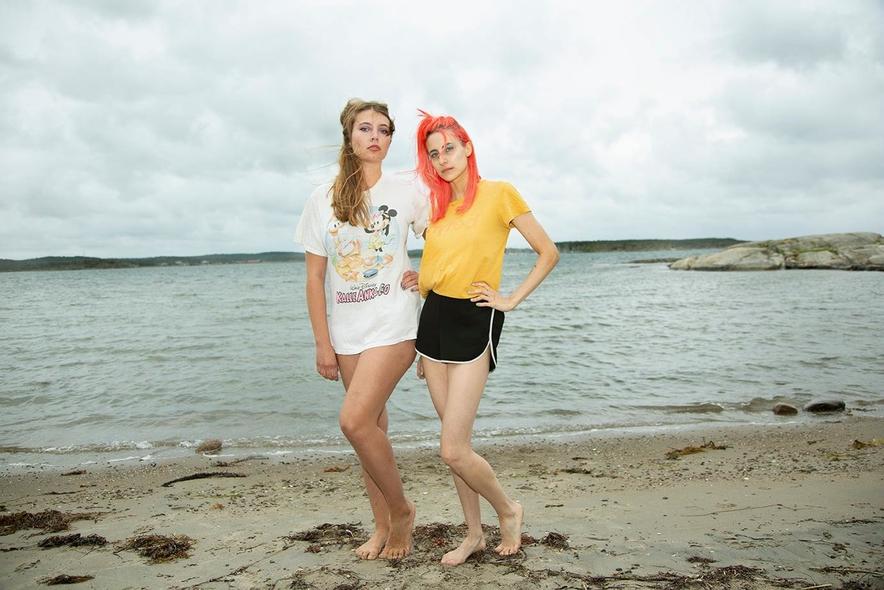 Slow and sleepy in a most beautiful and uplifting way.

Sometimes the best things in life need a while to grow before they flourish. This has been the case with Pale Honey, a Swedish indie rock duo consisting of guitarist-vocalist Tuva Lodmark and drummer Nelly Daltrey, who started playing together in elementary school. Their self-titled debut album was released in 2015 and caught the attention of several prominent music website, including Consequence of Sound, Stereogum, Clash, The Line of Best Fit and Ja Ja Ja.

The album is strikingly beautiful in it’s simplistic vision. Recorded in producer Anders Lagerfors’ kitchen, the album teases the ear with its slow-yet-dynamic, sleepy-yet-sexy melodies. There are hints of PJ Harvey but there’s also a refreshing originality.

Pale Honey is Nordic minimalism in the concept of rock music; there is nothing needless in their tunes. Even the names of their tracks are stripped-down, with titles such as ‘Sleep’, ‘Fish’, ‘Youth’ and ‘Tease’. Pale Honey, who come from the city of Gothenburg, is the antithesis to the familiar Scandinavian electro-pop sound – they are slow and sleepy, but in a most beautiful and uplifting way.

Slow and sleepy in a most beautiful and uplifting way.