One of my favourite moments in Neil Gaiman and Terry Pratchett’s Good Omens – of which there are many – happens when the book’s protagonists note that any tape left in the car for longer than a fortnight will always turn into Queen’s Greatest Hits. The peculiarity and specificity of this bizarre admission would be bizarre, if it didn’t happen to be totally true. Although from my personal experience, it always tends to be Greatest Hits 2. Which also happens to be my favourite.

Man’s relationship with the long-loved format dates back decades. Gone are the days of mastering really small handwriting to squeeze the tracklist on the insert of your latest mixtape, as well as the moments of jamming your pen into the spool reel, frantically trying to save your overplayed copy of Kate Bush’s Hounds of Love. You know you’ve been there, don’t try to deny it. It’s these moments of nostalgia that factor into the cassette’s return to the high street record store.

In the UK alone, cassette sales reached a 20-year high of 2.1 million in 2015. Stateside, they went up by 76 % in 2016, and on Discogs, cassette sales went up 37 % in 2015, while Bandcamp saw a rise of 46 % in 2016. Even Kanye and Bieber were getting in on the act, releasing their albums on cassette. Think about it – Bieber is probably too young to have ever even owned a copy of Queen’s Greatest Hits on cassette. Or anything else for that matter. So what gives?

“The largest credit needs to go to Bandcamp and Big Cartel,” writes Tristan Bath about why tapes are having such a renaissance. Bath, alongside writing for the likes of The Wire and Drowned in Sound, is the authoritative voice on cassettes. For several years now, he’s been behind Spools Out, a monthly tape feature for The Quietus and weekly radio show on Resonance FM.

As an avid lover and collector of the format (he cites high street store Woolworths as one of the first places he started buying music), Bath’s relationship with tapes was built around the latent car stereo as a teenager. “A friend and I used to take old Jane Austen story tapes and create mixtapes to play in his car while driving around Devon,” he states, noting that audiobooks are great for filler material between songs.

It was at 2006’s All Tomorrow’s Parties in the UK when he noticed several acts were selling tapes at the merchandise stand. “Bit by bit, [I] found myself slotting new releases and second-hand tapes alongside those mixtapes in my room,” he says. “Labels like bumtapes or Cloud Valley were good starting points for me. It felt like you were the only listener to ever discover each of these releases.” It was around this time that cassette sales, particularly in the UK, began to rise. This, Bath insinuates, had a lot to do with the individual connection that tapes allow. “It’s just more personal than any other format – tapes contain more love. Lots of the time, musicians even create and dub them themselves. It always feels like a gift from a friend – even when you’ve bought it.”

“Then I realized that if cassette tapes do make a full comeback, it’s not for my nostalgia – it’s for the false nostalgia of the generation that never had to suffer through them,” wrote Curtis Silver when discussing the topic for Forbes Magazine. Nostalgia is a powerful force, something that Disney was able to kindle in new and unsuspecting audiences. In 2014, after Chris Pratt’s character Star-Lord in Marvel’s Guardians of the Galaxy movie is seen jetpacking across the universe, listening to his favourite mixtape (titled Awesome Mix Vo.1) on a retro-styled walkman, Disney opted to release the soundtrack on cassette. It was their first cassette release in over 10 years and went on to sell an unprecedented 11,000 copies.

Beyond the nostalgia, an increase in sales globally can be attributed to major-tier artists jumping on the bandwagon. The re-issue of Eminem’s The Slim Shady LP, for instance, sold 3,000 units, while Purple Rain sold 2,000. This is in addition to the sleuth of new releases by artists such as Grimes and The Weeknd, worldwide Cassette Store Days, and the likes of Urban Outfitters stocking up classic albums on tape, right next to their overpriced second-hand clothes and re-issued Fleetwood Mac vinyl section.

There’s also the cost of production that has to be factored in. With limited manufacturing costs, and less of a wait on delivery – especially when compared to the ever popular vinyl format –, cassettes are now the popular physical format bands and labels can turn to when they want to create new merchandise. And having something real in our digital lives is becoming more and more important.

In Berlin, leading high street record stores such as HHV (Hip-Hop Vinyl), OYE Records and Staalplaat have ever-growing tape racks next to their counter. Yet according to the Bundesverband Musikindustrie, cassette sales went down from 200,000 to 100,000 units between 2014 and 2015.

One such Berlin-based cassette label bucking the trend is Altered Soul Experiment, run by friends Matthieu Amila and Aurélien. Having started in 2015, the part-French event-series and mixtape label is now onto its seventh release, having just put out an exclusive body of music featuring “beautiful and diverse Japanese records” by Rush Hour’s Antal.

“We wanted to present mixes in a physical format, rather than just curating podcasts,” Aurélien states about the label’s concept. The tape series aims to create a home-listening experience with true avant-garde tastemakers, and sells between 200 and 300 copies per release, distributing across Europe and beyond. “It was very hard to find the right people who still can produce chrome tapes,” Aurélien explains, “[but] now have the chance to work with Analog Cut, which is a Berlin based company.” 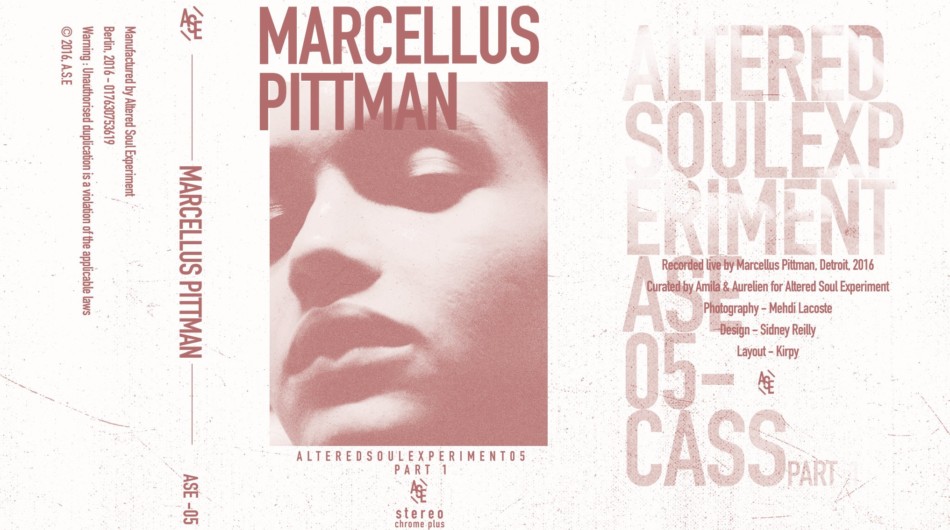 Trends come and go – thanks to the cassette format, the democratization of music is quashing all types of musical niches in the market. “A year or two ago, it was all vaporwave, lo-fi punks, or ‘techno producers’,” Bath states. “Now literally everybody from all walks of life will consider putting out a tape. Every day I hear an album that blows my mind. We live in a golden age for music.” It’s something that Aurélien agrees upon, when asked about the future for Altered Soul Experiment. “It’s also a way for us to be very reactive in the creative process and we definitely cherish the warm sound and aesthetic that a cassette can have. “

Check out more by Tristan Bath over at his blog, Spool’s Out.
In the meantime, you can go and follow my Top 10 favourite cassette labels as listed below: