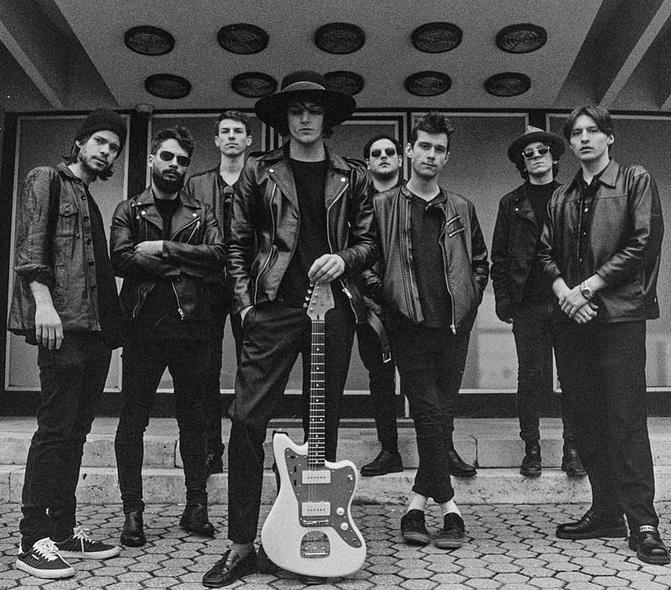 Psych-folk-pop-rock, from surf rock to Afropop, with effortless charm and bona fide hits.

Listening to Fran Palermo’s sun-kissed psych folk-pop-rock, you wouldn’t think they comes from a country with no beaches: Hungary.

And when reading their list of influences (classic rock ‘n’ roll, acid rock, surf rock, western and desert rock, psychedelic rock, jangle pop, indie folk, disco, punk, Afropop, Latin, Caribbean, tropical…) you could be forgiven for thinking the result must be a mess, but that couldn’t be further from the truth. They blend everything into an organic whole with a strong emotional unity, and what’s even better, with a seeming effortlessness that makes their music even more charming. That emotion is so strong that sometimes it seems to take priority over the song itself, so it’s all the more surprising when you realise how many of their songs are bona fide hits: ‘Am I Right Boy’, taken from their first album,  is their biggest hit so far, with ‘Yellow Man’, taken from their second LP, not far behind.

On stage, Fran Palermo’s eight members behave like true rock stars, which could be viewed as either pretentiousness or simply effortless charisma and hope that the world will catch up to their reality. In this instance it’s definitely the latter.

Psych-folk-pop-rock, from surf rock to Afropop, with effortless charm and bona fide hits.

Playlists
Play! Europavox’s Bands Of The Day...
When you browse on this site, cookies and other technologies collect data to enhance your experience and personalize the content and advertising you see. Visit our Privacy Policy (updated 5/25/18) and Consent Tool to learn more, and make choices about the data used by us and our partners on the site. By clicking "Accept" or by continuing to use the site, you agree to this use of cookies and data.
En savoir plus ou s'opposer