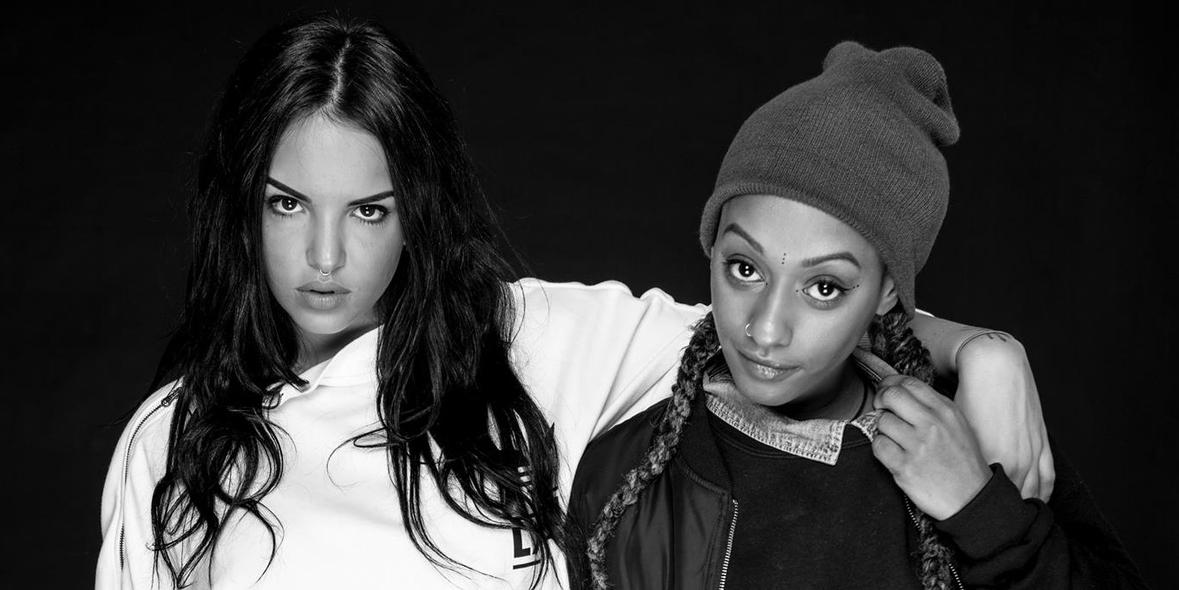 This female, badass rap duo from Berlin are hitting a new voice for the German youth.

Female rap duo SXTN has already caused a stir with hits such as ‘Ich bin Schwarz’ (‘I am black’), ‘FTZN IM CLB’ (‘Pussy in the club’) and ‘Deine Mutter’ (‘Your Mother’’. Their anti-social demeanour depicts a party-hard-rap-harder attitude. It’s explicit and loud and, incidentally, contains powerful feminist themes – but you won’t catch them acknowledging that.

In Berlin’s music scene, SXTN are making a very loud noise. Their debut Asozialisierungsprogramm has brought them a lot of attention. With multi-ethnic backgrounds, they are the hardballers of a new German generation, full of vigor and angst. This isn’t about gender or making political statements, but by removing the male agenda from their music, JuJu and Nura are generating a lot of media attention, especially when the local rap scene is dominated by male figures – Bushido, Kool Savas, etc. Having  finished the FTZN in Club tour of Munich, Stuttgart, Hamburg and Berlin, SXTN are working towards bigger and louder things for 2017.

This female, badass rap duo from Berlin are hitting a new voice for the German youth.